The Legacy of the Lost Rider 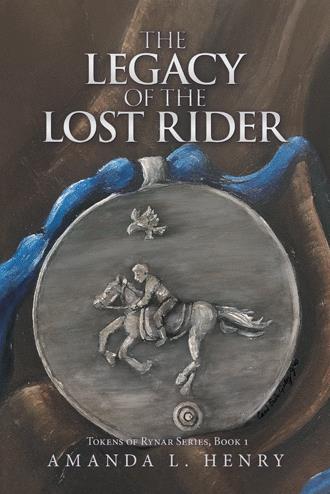 The shadow of a gnarled tree stretched across the edge of an overgrown field. Weeds snapped under the mud-stained boots of a young woman as she walked slowly toward the wide trunk before her. Tracing a rune carved deep into one of the tree’s knots, her tan fingers moved carefully over the bark. With a searching gaze, her eyes turned to the tall grass concealing the tree’s roots, and amid the weeds, she found a pile of stones shrouded in moss.

The girl’s long, dark hair fell over her shoulders in loose waves as she knelt to dismantle the crude marker. As her hands pulled the rocks aside, her fingernails scratched the top of a sealed wooden barrel.

Withdrawing her hand at the sudden touch of a strange object, Inesca studied the barrel for a moment and then pulled her wild hair back behind her head. She tied it there with a loose piece of cloth that she tore from her sleeve. Between the frayed hem of her tunic and the worn patches stitched across her skirt, one torn sleeve was barely noticeable.

Inesca wedged her hunting knife between the lid and the barrel and managed to jar it open. A beetle scurried out just as she started to reach her hand into the barrel. In the dim evening light, it was impossible to see what else might wait inside.

Behind her, Nycor, her father’s dapple-gray stallion with a black mane and tail, snorted and stamped his hoof in the dirt. Inesca paused long enough to hear other horses in the distance. They were nearing the house, and her thoughts rushed to her father, Koldoth, but it was too late for anyone or anything to change what had happened. Her father’s words came back to her as she sat motionless under the old tree’s branches.

“I once had another life,” he had told her. “Too long, I’ve kept it from you. And now you must leave our home since I cannot protect you anymore. Go to the old tree on the western border of our land, and you will find pieces of my past buried under the stones. May God use them to help you find your way when I am gone. Seek out Sir Coltar from the realm of Monterr in Rynar. Tell him that you are a part of the oath he swore twenty years ago. He will provide shelter for you. He promised to do so, though he knows it not.”

Her father’s strange assurance left her little comfort, but Inesca reached into the dark mouth of the barrel and seized the object she found. She withdrew her hand, grasping a leather pouch, and noticed a faded insignia upon its side. The strap of the pouch fell over her hand as Inesca stood to open it, but Nycor suddenly stomped the ground again with one of his hooves. She noticed how he had his ears pricked forward before he shook his head and snorted.

Inesca turned around and caught sight of smoke rising from the direction of her home. She climbed onto Nycor’s back, placing the pouch’s strap over her shoulder, and urging him into a gallop. Once past a grove of trees, Inesca drew him to a halt. From her position, she could see that flames licked the charcoal walls of what had been her home. A tear slipped down her face. There would be no burial now, no time to lay her father to rest under the protection of the forest that he loved.

The sounds of horses reached her ears again, and this time, they were much closer. Inesca guided Nycor toward the western field, but at that moment, a group of riders burst through the trees and blocked her path.

“I knew you would try to steal the best for yourself,” one of them, a gangly rider, said.

Inesca backed Nycor away as she watched the man warily. He wore a fur trim around the collar of his tunic, and a silver pendant hung on a cord around his neck. Six swords appeared on the pendant in a fanlike shape as a symbol of the authority granted to him. This was the mark of a Rynarian sheriff and far from a welcome sight to Inesca’s eyes.

After committing herself to a new life as a rider in the Great Races of Rynar, Inesca embarks on a perilous journey to reclaim the truth about her father’s past. Her choices lead her to navigate a dangerous world of covetous lords and elusive mercenaries with only a few clues to guide her. Inesca strives to balance her quest of seeking a knight known to her father with the challenge of competing in the formidable races of Rynar, understanding that if she fails, then she will lose her beloved stallion, Nycor. During her preparation for the Great Races, Inesca’s trainer instructs her to distrust those who serve other lords. However, when mysterious enemies threaten the Six Realms of Rynar, Inesca seeks aid from riders in the service of Lord Edgerr. Caught up in the midst of a conflict that encompasses all of the realms, she must sway them or face peril alone.

Amanda L. Henry is a professor who teaches courses in English and literature at Hannibal-LaGrange University. She wishes to honor God with the interests and skills given to her. The Legacy of the Lost Rider, the first book in the Tokens of Rynar series, is her debut novel.