The Prophet of Love

Meditations on the Book of Hosea 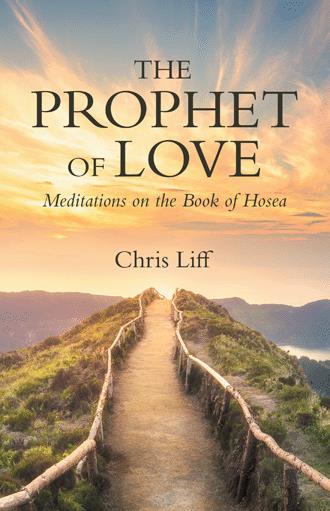 Hosea’s marriage is a parallel of God’s marriage to Israel. The pain and anguish that Gomer’s eventual unfaithfulness brings to Hosea are reminders of God’s intense desire for the undivided love of His covenant people. For Israel had failed to continue in the covenant love of their God. They had offered their hearts in worship to the false gods of the surrounding peoples, abandoning of the love of God who had claimed them as His very own treasured possession. Hosea bluntly calls this spiritual whoredom. Much of what follows in Hosea’s writing is a detailed indictment of the marital unfaithfulness of the nation. Yet under God’s direction, Hosea’s attempt to restore his relationship with Gomer also reveals God’s infinite grace and mercy in reconciling wayward sinners to Himself.

Hosea’s scandalous marriage points powerfully to Jesus Christ in His love for His church. Christ also chooses for Himself a bride who is unlovely, guilty, and defiled. He gives all He has for her, loving her all the way to death to gain her love. He cleanses her to make for Himself a glorious bride, pure and spotless (Eph 5:25-27).

While Hosea’s heroic love seeks to capture the affection of His wife, Christ’s infinitely powerful love purifies our souls and overflows in our lives. Hosea’s love points us to the far-greater love of Christ, the only hope for a fallen hopeless human race.

Hosea is the prophet of love. He shows forth by his words, but also by his life, the faithful unfailing love of God that restores and heals broken lives and relationships.

The book of Hosea is a spiritual treasure that brings great riches into the lives of Christian people. Hosea honestly records the grief of his failed marriage, along with his powerful preaching to ancient Israel. His marital struggle is used to provide for us a wonderful picture of God’s mercy and forgiveness. Hosea gives us delightful insight into the loving heart of our covenant-keeping God.

In a series of 38 meditations this study thoroughly explores each chapter of Hosea’s book. It explains the historic context, but also conveys rich meaning for the lives of modern Christians. Hosea has much to say about the desperate spiritual condition of his nation. Yet his dominant theme is the triumph of God’s faithfulness to His gracious promises in spite of human sin. God’s extraordinary mercy continually urges repentance and seeking the Lord as the pathway to forgiveness and spiritual renewal. Hosea’s teaching reveals God’s direction for pursuit of a vibrant spiritual life. Most importantly, he points to the hope of glorious spiritual restoration that can only be fulfilled by the finished work of Jesus Christ.

Chris Liff is an elder of a Presbyterian congregation in Vermont. For over 30 years he has taught the Bible in adult Sunday school and small group studies. He is a retired high school math teacher.