My Love Sent From Above 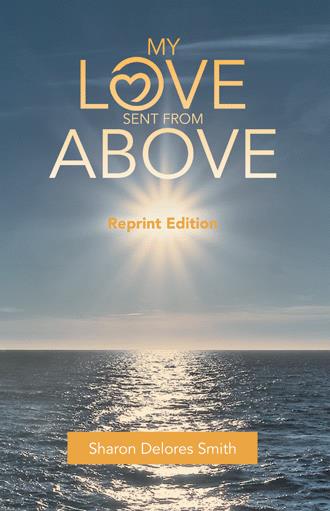 “Pastor Seavers?” Andre spoke into his cellphone apprehensive of what he should say to his pastor.

Andre waited a bit before continuing. “I won’t be at church Sunday. I’m still in Las Vegas visiting my brother.”

The pastor sensed something was troubling Andre. “Minister Andre, you are not giving us much time to find a replacement for you. Your brother’s alright?”

Andre answered, “Oh yes, he’s fine. Um, I’m going to stay and support my brother in his upcoming concert.” Andre and the pastor stopped talking. He felt he was not being totally honest with the pastor. He could also sense the pastor knew it. Andre also realized his pastor knew he would not give up preaching on a Sunday morning for one of his brother’s concerts. He finally said, “Pastor, let me be honest with you.”

The pastor answered, “Please. I knew when your brother called and told you to catch the next flight to Las Vegas, there was something going on.”

Andre decided to come clean. “Pastor Seavers, I met a young lady and I need to straighten some things out with her before I come home.”

Pastor Seavers let out a sigh. “Minister Andre, is she Saved?”

Andre took a second to answer. “I really don’t know her that well yet, Pastor.”

“I gather from that answer that she is not in the church. Minister Andre, you will have to be very careful. You know you have a ministry, a very important ministry here. I want to refer you to St. Luke 22:31, “And the Lord said , Simon, Simon, behold, Satan hath desired to have you, that he may sift you as wheat:” “He wants to stop all the good work you are doing, Minister Andre. If you get tangled up with some woman in Las Vegas, nothing good could come of it.”

“What is it, Minister Andre?”

Andre tried to figure out how to tell him without sounding ridiculous. “Pastor, I have fallen in love with the young lady I was telling you about.”

Pastor Seavers was surprised, “You mean the lounge singer?”

Andre waited a bit and then said, “She is not a lounge singer, pastor. She sings with her family on stage all over the world. She also sings gospel at times.”

Paul just stared out the window. His eyes were red, and his hands were shaking like a leaf. Will looked at his long-time friend, shook his head, and said, “Man Paul, you know she can press charges? How could you attack her like that?”

Paul closed his eyes, and rubbed his eyebrows, “She just kept talking, Will. Plain silly! I lost it. Man, for a minute there, I wanted to choke the living daylights out of her. This guy does not have a pot or a window!”

Paul looked at him. “He has nothing! And here she is just repeating that he is the only man for her. What got into her, Will? What in the world happened to her? She is the smartest child I have. She just lost her mind, man.”

Will shook his head. “Love got into her Paul. It is love.”

Sharon Delores Smith - Ten years after surviving the attacks on the World Trade Center on September 11, 2001, I wanted to write about my experience for self-therapy. I went back to my Alma-Mata, New York University, and signed up for a course in book writing. My first book was published in 2011 titled, My Life at the World Trade Center. I then caught the writing bug and wrote three more books: Screen Door A Memoir, The Black Pentecostal Church: My View from the Pew, and Happy in a Sad World. I realized writing about my life experiences were laced with Scripture and my church upbringing. Writing a religious fiction love story titled, My Love Sent From Above, is about a young woman waiting for a man who possess the qualities she is looking for in a man, and her undying belief that such a man exists.