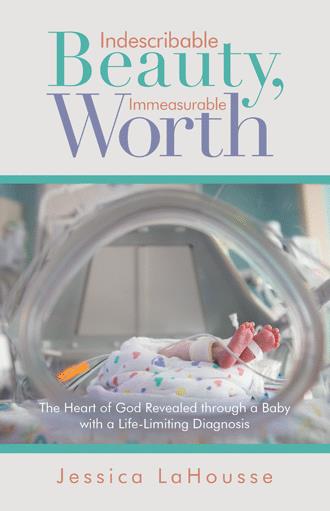 The crew of the helicopter was now inside preparing to bring Tabitha aboard. They had equipment for transport purposes that made the things in the NICU, items that had only six days ago filled me with fear, look like playthings. They loaded her tiny body carefully into a traveling Isolette built onto a pediatric stretcher complete with every monitoring system she would need. Tabitha was then hooked up to a portable oscillator for the trip, but her blood gas numbers were not correcting as expected. One of the nurse practitioners called the neonatologist at the transferring hospital many times in an effort to fine tune her settings and get her breathing stabilized to the point that she could make it through the flight safely. After what seemed like hours of work, the team was finally ready to take Tabitha away and get her to a place where she would have the chance to get the help she needed to survive.

I wasn’t yet able to walk the distance necessary to see my baby off, so Genevieve pushed me in a wheelchair down to the helipad. I sat there with a blanket around my shoulders and over my hospital gown—the same silly, tan, no-slip socks on my feet from delivery the day before, the wintry February air twisting and whirling around me. It took only a few minutes for the crew to settle in thanks to all the preparations they had done inside to be ready for departure. The doors were closed, and the engine started with a deafening roar. The two long blades on the rotor at the top of the helicopter started spinning faster and faster, adding to the wind swirling around me. Tabitha was about to take to the skies and fly away to safety. My daughter was no longer in my sights, let alone in my care.

There I was, stuck in a wheelchair on the sidewalk in the back of a hospital, helpless and cold, feeling alone despite the company around me. Once again unsure if we had made the right decision, I was worried about what would unfold in the hours to come. A tear started to stream down my ruddy cheek as I watched the helicopter rise slowly toward the cloudy, gray sky, the dust and debris it kicked up from the road hitting my face. Every little gritty speck of sand, pebble, or stick was turned into a projectile by that rotor with enough force to sting the skin on contact. I closed my eyes. I had no choice but to admit, with humility, that I was completely powerless. I had to surrender, not just my ideas of what I could control, but my actual baby, to the God who had all the power to hold her in His mighty hands. There was nothing—not one single thing—I could control in this moment. I had to remind myself that I was not alone now, and wouldn’t ever be, because the same God who was holding up that helicopter as it flew out of my view was covering me with His feathers and hiding my heart under His wings.

When Jessica and Derek LaHousse received a devastating, life-limiting diagnosis for their unborn baby, they embarked on a journey of choosing life. Instead of following the medical advice to consider terminating the pregnancy, Jessica and Derek saw their daughter’s life as a gift from God; a precious and innocent baby who deserved to be surrounded by love and given a chance. They opted to continue on despite the grim prognosis, and placed their trust in God’s sovereign hands. The remaining months of pregnancy were a whirlwind of appointments to monitor progress and planning for many possible outcomes. In an urgent attempt to save her from stillbirth, Tabitha Miriam LaHousse was delivered nearly two months early, on February 17, 2020. She was alive and already defying all the statistics for her condition. Over the next several months, Tabitha overcame many obstacles in the neonatal intensive care unit and ushered in a beautiful view of God’s heart and character in the process. This is a story, orchestrated by God, of a medically fragile baby girl and the family behind her that refused to give up. It is an account of all the miraculous and remarkable things that happened along the way that point to a good, loving, and merciful God who is faithful and worthy of our trust.

After earning degrees in music education and performance, Jessica married her high school sweetheart Derek. Together they moved from their childhood homes in Michigan to the fast-paced Washington, D.C. region to build their careers. Despite being told they were unlikely to have children, the couple joyfully welcomed their first child three years later. Jessica embraced her new role as mother, leaving the workforce behind to care for her son at home instead. She is now mom to three children: two energetic little boys, Benjamin and Solomon, and one special little girl, Tabitha. Jessica’s primary responsibilities are homeschooling the boys, managing Tabitha’s medical condition, and caring for the household. Each day is filled with the beautiful challenge of motherhood; from cooking meals and doing laundry, to therapy sessions, doctors’ appointments, and homeschool activities. Life has not been without its trials, but those have all served to build Jessica’s faith and trust in a good and sovereign God.