We Cannot Deny It 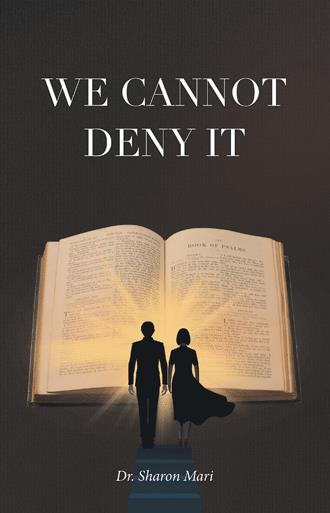 Why did the Jewish priests deny the authority and power of the miracles Jesus performed on earth? Why did Jesus die for us? Why did He have to take on our sins so we could have a pathway to God?

Generally, Christians are unaware of why the Jewish Pharisees opposed Jesus the Lord or cannot see the reality of their beliefs. What is the reason behind the Pharisees’ irrational resistance to the Lord?

Because of Adam and Eve’s disobedience, there is a terrible death sentence hanging over the head of every human being.

As you continue to read through the chapters, I want to help you understand what the scriptures say concerning Jesus’s death and resurrection. To nullify the death penalty, Jesus died in our place as a substitute. Adam and Eve’s act of disobedience was our death sentence, our spiritual and physical connection with God, our Creator.

Why did Jesus come to die for us? Are all humans born in sin? What did His death on a cross accomplish for us? He only lived on earth for thirty-three years, and only three of those years to prove that He is the Messiah foretold by the prophets of the Old Testament.

I was confused; my confusion was in understanding how a baby could be born in sin. As a result of the work of the Holy Spirit, I became more familiar with our Father God’s plan and purpose for sending His only Son. Because of Christ’s victory over death, born-again believers are no longer held captive by Satan’s power over their lives. We can receive all the benefits of the promises God has given us concerning this life by the power of the Holy Spirit!

Until I became serious about understanding the Bible, I was unable to explain why Jesus came to die for us. As a born-again believer, you are part of Christ’s family and a member of the universal church. Merely putting your name on a church roll does not bring you entrance into God’s family. An unbeliever will not understand the terms a believer uses to convince them of Jesus’s sovereignty and purpose. It is the work of the Holy Spirit to regenerate the heart to be prepared to receive the truth of Jesus’s death and resurrection. Paul writes to the Corinthians that the natural man does not receive the things of the Spirit, that they are irrational and cannot know them because they are spiritually perceived.

My studies taught me that God had a plan to pursue His people since Adam and Eve disobeyed. I wish to help my children and others understand the whole truth revealed in His testimonies. Especially that He said He would not leave us without the help of another, the Holy Spirit.

As my children were in school, I was at my kitchen table reading Psalm 119. For the next month, I committed myself to read it daily. During that time, I heard the Lord say, “Understand this!” I cannot tell you how His words impacted me to understand. I believe every word He speaks is alive and active and will set you free!

As a result of my studies, I learned about God’s providential care and the nature and purpose of Jesus’s death on the cross. But what exactly does it mean?

God’s providential care is when the Father takes care of you even without you realizing it. He makes all things work together for the good of those who love Him. It is the method by which He makes all events of the physical and moral universe fulfill the purpose of its creation.

Imputation is another word that may be hard to understand. It is a legal term meaning our separation from God or our state of being in unrighteousness carried to Christ upon His sacrificial death. It is not stated explicitly in scripture. It is a spiritual reality of truth that several passages affirm that Christ bore our sins and that our sins resulting from the fleshly nature were laid upon Him by God to carry them away or to remove them from us. Jesus’s shed blood paid the debt of our unrighteous sinful nature once and for all.

The purpose is that sound Bible teaching exposes the enemy. It is light brought against the kingdom of darkness. The following biblical events show that those in authority who should be telling us the truth about God’s Word still deny it. The first church was attacked and threatened by death to stop using the name of Jesus as the authority to overthrow Satan’s activities in the kingdom of darkness on earth today. As the covenant head and representative of the human race, Adam and Eve disobeyed God. By deliberately disobeying, Adam and Eve died spiritually and physically, and because of their free will choice, we became born with the disobedient fleshly nature. God had given Adam and Eve dominion over all the earth. All humanity then is in Adam and under the power and penalty of sin—namely spiritual and physical death.

• “For the wages of sin is death, but the gift of God is eternal life in Christ Jesus our Lord.” Romans 6:23

The nature was Adam’s spiritual death, resulting in physical death, which became our position in natural birth. That is why Jesus told Nicodemus that he needed to be born again. We will understand more of this as we read through this book.

Covenant may be a word that is unfamiliar to you. Covenants are agreements entered into between two or more parties. God has been a covenant maker with man since the beginning. These covenants reveal the relationship between the parties. Satan is aware of this as being God’s legal system. The Edenic Covenant in Genesis 1:26–3:24 was made with Adam and Eve before the Fall and was conditional upon both remaining true to God. Following are the conditions:

2. Subdue the earth and rule the works of God.

3. Till the ground and be a caretaker of the Garden.

4. Abstain from eating from the Tree of Knowledge.

5. Understand that the punishment for disobedience was spiritual and physical death.

You can see that the covenant breaker was Adam and Eve, who were both deceived by Satan to eat the fruit of the Tree of Knowledge. He tricked them by lying and distorting God’s Word by saying they would not die.

As part of the covenant, God gave man the authority to rule His creation through the law. When Adam disobeyed the covenant agreement, his spirit died (as God had said), and he and Eve were separated from God and His covering. The earth then legally became Satan’s. God expelled them from the Garden to preserve it so that they would not eat from the Tree of Life and pass on the condition of eternal death to their descendants. God announced their punishment, but He also decreed enmity between the woman, the man, and their offspring. Her offspring, Jesus, will crush Satan’s head; Satan will crush Jesus’s heel by his death on the cross. God’s eternal plan is that Satan and his demons will remain enemies until the end of the age until he is ultimately defeated. In other words, He said the redemption plan was already in motion. God was satisfied with this one-time sacrifice that Jesus completed on the cross and became the completion of the law and marked a new covenant for those who would believe in His work on the cross. Before Jesus’s death, the Jewish law required regular blood sacrifice offerings on behalf of sins. As our new covenant head, Jesus represented us in His life and death as the last Adam. By accepting the demand for our righteousness, God the Father declares us justified (as if we had never sinned), forgives us of all our sins completely, and frees us from the power of our sin nature and the tyranny of Satan, who once held the verdict of death and condemnation over us.

Most do not understand what it means to be born again.

Even if you ask someone about salvation, you will often get a confused look. Eventually, they might say, “I go to heaven.”

Dr. Sharon Mari examines what it means to have trust and faith in God in this book, noting that those things presuppose knowing that He is our Creator and a god of love, justice, and truth. She answers questions such as:

• What does it mean to walk in the light?

• Why did Jewish priests deny the authority and power of the miracles Jesus performed?

• Why did Jesus have to take on our sins to have a pathway to God?

The author notes that Acts 4:16 tells us religious leaders knew the truth that a notable miracle had taken place through the disciples and wanted to know by what power and authority they had done this. They conferred among themselves to deny it, so that the truth of the miracle would not spread throughout the Jewish community. They even plotted to kill the disciples—just as they had done to Jesus.

Discover truths that will set you free in We Cannot Deny It.

She attended International Theological Seminary in Bradenton, Florida, and earned a doctorate in theology and a Ph.D. in pastoral Christian counseling. She taught and started a Christian counseling center in Accra, Ghana, and is now a professor for International Theological Seminary, where she is also the campus pastor. She served the Women’s Prison Work Release program in Bradenton for eight years.