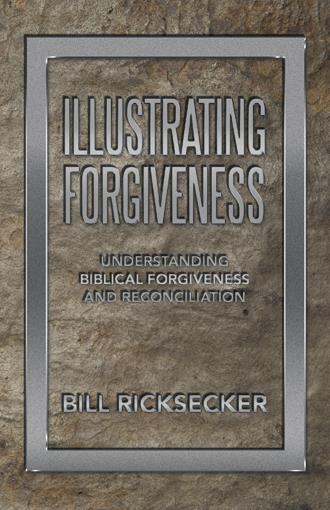 Then Peter came up and said to Him, Lord, how often will my brother sin against me, and I forgive Him? As many as seven times?’ Jesus said to him, I do not say to you seven times, but seventy times seven. (Matthew 18:21–22)

Peter is a very bold yet thick-headed man. In my opinion, this may be one of the greatest reasons why the Lord chose him to lead the other apostles. We know that Jesus is omniscient and omnipotent, so He has the advantage of not only knowing someone’s potential before anyone else but also planting these qualities in the heart of the disciples. Each gift is given to us as He chooses (1 Corinthians 12:11).

The disciples are not scholars of the Old Testament, but over the years, they would have spent plenty of time in the temple, learning from the teachers and scribes of the Law. Throughout these teachings, they would have learned from the rabbis how to forgive and how often.

According to Amos (1:3, 6, 9, 11, 13), the Lord spoke to the enemies of Israel and forgave them three times, but after a fourth crime, the Lord brought judgment on these nations, saying, “For three transgressions of [city name] and for four, I will not revoke the punishment.”

It is likely that through the writings of Amos, the Jews picked up on the idea that they were to forgive the offender no more than three times; on the fourth offense, they should withhold forgiveness and expect God to bring His judgment on the person.

All they had at this time was the Old Testament. The New Testament events were still unfolding, and it would be another twenty to thirty years before Matthew gave any records of these teachings.

Peter already had learned this concept of forgiving the offender three times, but he asked Jesus, “Is it seven times I should forgive my brother?” This was a question asked by a man seeking truth, a man with a true and sincere heart who simply wanted to do the will of the Lord. Peter’s own idea of seven times was a very generous number to suggest. If three times was the Jewish standard, to go beyond that truly shows a heart of compassion. He was a man who wanted to go the extra mile to redeem a brother. There may have even been a particular person in Peter’s mind as he asked that question.

How many times has someone committed an offense against you? Do you have someone in your life who makes you think, I don’t know if I could ever forgive them. They have caused so much harm already, and I don’t think they will ever change—or other similar statements?

As I write these words, I think of so many people in my life, both past and present, who have done me wrong, yet I was able to find the strength to forgive them and work on preserving and restoring the relationships I had with them. If you have ever said words similar to those above, remember what Jesus Christ said He taught the disciples:

This book illustrates a deeper understanding of biblical forgiveness and reconciliation by going through the bible both Old and New Testament explaining various passages of scripture with real people who experienced real issues in a real point of history.

Bill an aspiring writer that has studied under the teachings of John MacArthur, RC Sproul, Steven Lawson and the like since 2018. He currently holds his Bachelors of Divinity from Christian Leaders Institute and plans to proceed later on into his MDiv. as he continues his ministry journey.