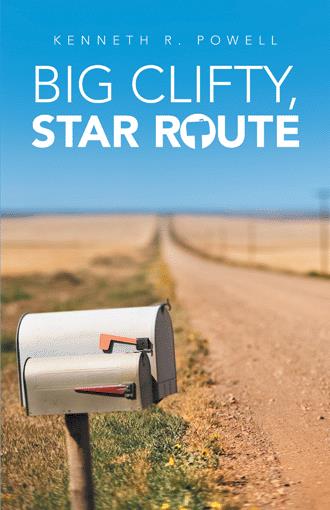 “Pap, get up! Something is wrong! Dusty keeps running to the top of the hill behind the barn, then back to the house. He will not stop barking. He senses something is wrong over that hill. You and the boys need to go see what is going on!”

Mom peered anxiously out the back kitchen window, in the direction of the corncrib. It was barely daylight outside as Pap and the boys got bundled up and headed out into the cold, crisp, morning air. Dusty, their cocker spaniel, was going crazy, barking frantically, and struggling to run back and forth in the snow.

As they stopped at the top of the hill and looked down at the valley below, Bud spotted trouble right away.

“Look! There’s somebody sitting under that big cedar tree, at the bottom of the hill, on this side of the fence. See? By the creek!”

Pap had a bad feeling about all this. He recognized Knobby Auberry’s hat and yelled out at Knobby. No answer. No movement. As they waded through the snowdrifts and approached the creek, it was clear that Knobby was dead under that big, old cedar tree. Frozen to death in the middle of the night. Bud could see where Knobby had crossed the creek, struggling to climb up the bank on this side. Knobby had slipped and fallen several times in the deep snow and must have been exhausted from the effort. It appeared he was worn out and decided to rest for a bit under the tree.

The cedar limbs were flocked with snow, but it was dry underneath the branches. Knobby was sitting with his back up against the tree trunk. He was wearing a new pair of Duck Bill overalls and a red, plaid flannel shirt underneath his winter coat. A bottle of Old Forrester was still clutched in his right hand, not quite empty. And a redbird sat chirping on a limb just above his head.

The book “Big Clifty, Star Route” explores a year in the life of “Bud,” a ten-year-old boy in the small rural community of Limp, Kentucky. The story begins with several adventures brought on by a massive January snowstorm and builds to a climax of an unexpected Christmas experience. Bud struggles to understand his father “Pap,” who is significantly older, and who adheres to a different faith. Dewey Hodge, who owns the local country store, becomes a father figure for Bud. Bud collects pop bottles to buy his dream pocketknife and meets a new friend, Claire Marie. They develop a childhood romance with unexpected consequences as Bud discovers his own identity. Along the way, Bud learns valuable life lessons including hard work, honesty, consequences, and his place in God’s creation.

Kenneth R. Powell practices community pharmacy in Bardstown, Kentucky. With a pharmacy career that spans forty-six years, he has been continuously dedicated to improving the health of his patients through accuracy and education. He has personally filled over a million prescriptions during this time but claims his greatest achievement in the dozens of pharmacists and other healthcare professions he has mentored during his career. Through it all, he has impacted the lives of many. During most of his career, Ken has been involved in management at both store and district levels with SupeRx Drugs and Walmart’s Pharmacy Division. Nearing the close of his career in pharmacy, Ken is looking forward to different challenges. Fifteen years ago, he and wife Cindy bought a farm in the Washington County community of Willisburg, Kentucky. They raise Black Angus feeder cattle and tend vineyards of both table grapes and wine grapes. You will find wines made from their grapes in several wineries in central Kentucky.