The who and why behind the question, “Why is there something rather than nothing?” 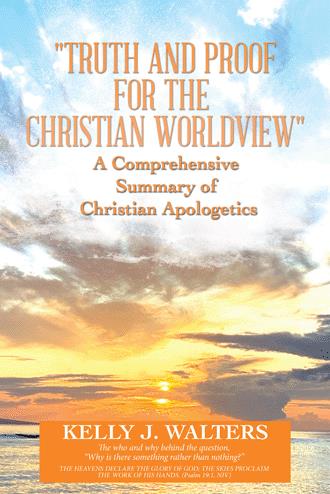 The philosophical, theological, historical, and scientific arguments and proofs provided in this book give rational and irrefutable evidence for the existence of God and for the creation of the universe by God—beyond a reasonable doubt. The one true God of the Bible has proven His existence and truth through hundreds of highly accurate fulfilled prophecies documented in the Bible; through historically documented miracles witnessed by thousands; through nature (science) and the observable and apparent order, intelligence, and astronmically precise fine-tuning within the universe -- necessary for life to exist; through the crucifixion and Resurrection of Jesus Christ (witnessed by over 500 people); and by the proven unity, truth, and authenticated non-contraditory historical evidence of the Bible. The abundant evidence for God is there for anyone with open and unbiased eyes to see and intelligently investigate. Additionally, it has been firmly established by mathematics, astrophysics, cosmology, and logic that the universe had a beginning—it is past finite—and thus necessitates an eternal and transcendent first-cause outside of time, space, matter, and energy -- as "nothing" (absolutely no somethings) existed pre-universe and pre-big bang. The pure non-theistic and scientific naturalism hypothesis for some unexplainable spontaneous creation event for the universe and life from nothing, by “chance" alone, proves both non-provable and logically absurd. Consequently, only the eternal existence of a self-existent, transcendent, supernatural, all-powerful, and intelligent mind/agency can logically be the explanation - as necessitated by the Law of Causality - for the "first-cause" behind the creation of the universe. As such, the evidence supports the one true God of the Bible as the only rational and evidential answer for the logically necessary mind/Spirit agent cause for the universe and all life. It is my hope and prayer that the evidence provided within this book will inspire intelligent and respectful consideration and discourse between agnostics, atheists, other religious faiths, and Christians; and that the light, love, and reality of Jesus Christ will shine through for all to see. God loves us perfectly; and Jesus Christ suffers with us, He died for our sins and salvation, He desires an eternal personal relationship with us, and He desires all humankind to be redeemed and go to heaven without violation of their free will.

“Why is there something rather than nothing?” That’s the quintessential, philosophical question in mankind’s search not only for the existence of the universe, but also for the existence, meaning, and purpose of life. That question forms the essence for this informative and enlightening book in which author Dr. Kelly J. Walters reveals both the answer (Jesus Christ) and the abundant evidential proof.

Everyone longs to know the answers to universally profound questions like “Is God real?” or “What is the true creation story of the universe and of humankind?” or “Is there an afterlife?” These questions are vast, extreme, and complex. While there are many theories, the ultimate empirical and factual answers are impossible to definitively prove for both theist and naturalistic scientism alike. Both sides require faith.

In Truth and Proof for the Christian Worldview, Dr. Walters offers evidence and rational proof defending the one position that provides the best logical, experiential, and noncontradictory answer for all the above questions: Christianity. Atheist turned Christian, Dr. Walters delves into this convincing evidence, providing an organized and scholarly summary and presentation of the detailed research available for Christian apologetics. He teaches on a plethora of topics, including comparative religion worldviews, key logical arguments and formal proofs for God, the origins of the universe and life, evolution and creationism theories, who is Jesus Christ, what is true Christianity, and more. The evidence related to these theological and scientific topics rationally serve to defend, clarify, and prove the truth for the reality of the one true God of the Bible as creator of the universe and life.

Dr. Kelly J. Walters practiced cosmetic and family practice dentistry for thirty-one years after graduating with honors from the University of California at San Francisco School of Dentistry. His undergraduate major was biological sciences at the University of California at Davis, where he also played collegiate football. After dental school, Dr. Walters served three years as a dentist and officer in the US Air Force, followed by private practice. He and his wife, Carol, live in rural Northern California.