A Story of Travelers 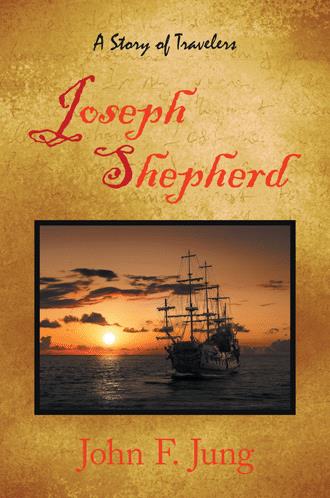 As the Intrepid was being sailed into port, Shepherd and I were having a conversation with William Bradford and James Mullins. “Such a shame about the Intrepid, what really happened on that voyage?” asked Bradford. I began to try to explain to Bradford what had happened on board the Intrepid, but I realized that I had no explanation for the strange tale of the Intrepid. How does one begin to tell of treachery, disease, battle, deceit, natural disasters, and, in the end, destruction? “The ship lost its purpose,” said Shepherd. “The grab for power overcame the natural purpose of the ship. In the end, ambition, glory, and pride caused this disaster.”
“Could a good leader have prevented this?” asked Bradford. “Yes, a courageous leader could have kept the focus”, said Shepherd. “A leader who knows his mission can lead people past disaster into promise,” he said. “Like Moses?” asked Bradford. “Yes, like Moses,” said Shepherd.
“I have been reading about Moses”, said Bradford. “He led his people through the perils of the desert, selfless in his desire to get them to the Promised Land.” “Yes, said Shepherd, “that is true, but his goal was not the Promised Land, his goal was to do the will of God.”
Bradford reflected on that statement for a while. He had been thinking a great deal about his own ability to lead his people to the Promised Land of America. He wondered how he could govern his people, and lead them on a ship across an ocean. He desperately wanted to be a good leader, and he needed to do more than simply get them safely to America. He must care about their souls as well as their bodies. He must help them to true freedom in every sense, not just religious freedom from King James’ tyranny.
Shepherd continued, “People need something to reach for, not just run away from.” “You will never succeed if you simply escape the tyranny of King James, you must build a land of freedom for your people”, said Shepherd.
“I know that I must lead in that way”, said Bradford, “and I want to establish a place where people are free to worship God without the King deciding the religion of the land.” “Yes”, said Shepherd, “and the people need to govern themselves. Government is good in that it allows people freedom to serve God and man”, said Shepherd. “In the book of Romans, Paul tells the Christians that government is established to preserve the peace so that people can worship and serve freely. People who govern themselves can only do so properly if they have a higher goal in mind. Look at the Intrepid. Pride and ambition are the sins which destroyed the ship. If people are dedicated to serve the Lord God, they will be able to govern themselves in peace, and God will prosper them.”
“We must have a document that proclaims these ideas”, said Bradford. “We must make a compact which lays out these ideals which will serve as our basis of governance and order in America”, he said. “May God bless you in that endeavor,” said Shepherd.
Dr. Mullins was near tears as he listened to this discussion. He had, for years, struggled with his own convictions about personal and religious freedom. The upcoming trip to America would be his vindication of beliefs, as well as a chance to have a new start in life. His life had been broken by the execution of his brother because of his outspoken religious beliefs. Mullins had sworn to live a life worthy of his brother’s legacy, and to pass on to his children the need to stand up for convictions. He was already teaching his ten-year-old son to stand true to his beliefs. The trip to America would be a challenge for his young family, but he relished the chance to give his family a better life than his parents had experienced. In fact, his decision to become a physician was part of his idea to care for others as his life mission.
I too was quite taken with the conversation between Shepherd and Bradford. These were fascinating ideas being discussed, and I was enjoying the session immensely. “Be sure to bring cannon and powder,” I said, “not everyone has such lofty ideals.” Shepherd laughed, “Dr. Greene must always insert the other side of the equation.” “Leave the guns for King James”, Mr. Bradford, “you concentrate on leading your people to your King, not just away from the king of England.”

Joseph Shepherd is a brilliant man whose travels with Luke Greene are chronicled in this adventure. Along the way, Greene and Shepherd encounter men of science, kings, and the most illustrious characters of the 17th century. Shepherd’s influence on science, government and medicine run through the narrative. Follow this journey of adventure, intrigue, exploration, powerful personal stories, and the surprises at the end. You will be moved by Shepherd, and fascinated by his influence.

John F. Jung is a Christian counselor who has written several books about the journeys people face in the world. His perspectives on the spiritual and emotional response to such experiences are explored in this historical novel. He loves the concept that science and faith are unified ways to understand the world, ourselves, and God.