Uncovering the Man Who Lived What He Believed 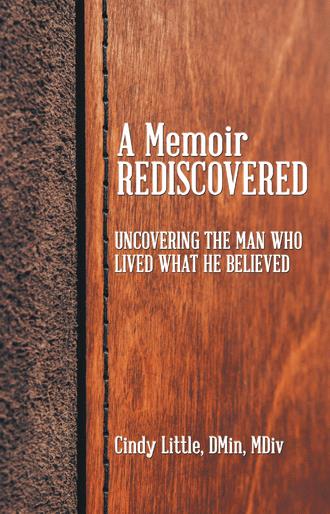 After the final diagnosis had sunk into our minds, we were both crushed with the reality of the news. I was scared, and I know John was as well. I had a better understanding of the possible long-term side effects, which, months later, would create a gripping tension within.

Undoubtedly, we looked like a mess. Time, relationships, health, career, or any future plans suddenly changed. In an instant, the uncertainty of many things became the new normal. However, a new faith was being shaped in each of our hearts as well.

Our faith and hope in God grew. And we would also come to experience profound grace, creating a strength that was not of ourselves. We had both experienced grace before, but this was a different grace than we’d previously understood or experienced.

I believe Christians understand grace that results from salvation, but many lack the experience of divine grace that comes through suffering. This was true for me. Clearly, the suffering I experienced was unlike the cancer John was suffering from. Yet the agony and strain from a roller coaster of emotions encompassed my whole being.

I would come to learn many things about grace. Grace would see me through the thick and thin of John’s treatments, surgeries, school, homelife, and so on, giving me the strength, I needed to see me through many difficult days. “My grace is sufficient for thee, for power is perfected in weakness. Most gladly I will boast all the more about my weakness so that Christ’s power can work through me.”

As John and I faithfully sought God, we also experienced feelings of hope. The book of Hebrews reminded us that faith is the assurance of things hoped for, the conviction of things unseen.

We came to an understand that our faith gave us grace to live and hope to go on. Faith, grace, and hope are not separate but, rather, divinely linked and work together. Where there is faith, grace can be found. The Holy Spirit fills us with the hope we need for our journey.

Faith indelibly leads to hope. It is best understood as the expectation that God will do what He has promised through Christ, His Son. Faith begins in the mind and travels to the soul. It is there where hope is best developed and experienced. It is a holy, just, and redeemable process.

Faith’s assent serves the believer to think beyond one’s selfish desires and circumstances. It is in being still with Him that He imparts fresh revelation and implants the soul with hope, which is sustained by His grace.

Faith allows a person to rise above unimaginable circumstances, doubts, and discouragements. Faith can be described as having sight in the eyes of the soul and ears to listen and hear what God may want to say. The senses of the soul are heightened while suffering. Faith recognizes God’s presence and impartation in one’s life.

Though the soul is not visible, it is penetrable by God’s Spirit, especially when stepping out of one’s own fancied opinions and limited human expectations about God. The apostle Peter understood that what was not visible to the human eye was often visible to the soul. “Though you have not seen Him, you love Him; and even though you do not see Him now, you believe in Him and are filed with an inexpressible and glorious joy, for you are receiving the goal of your faith, the salvation of your soul.”

In simpler terms, the attributes of a person’s soul are kin to discovering the value of a high-quality rug. The more knots and tufts there are in a rug, the greater its value and the better the quality of the finished product. In similar fashion, faith, hope, and suffering are divinely linked to one another in the soul like the knots and tufts in a well-crafted rug. Hence, the greater the test, the greater the need for faith in Almighty God.

When there is great faith and dependence on Christ, more of the beauty and image of Christ is seen within and throughout a person’s life. Yet, stubbornly and selfishly, many never seek God for anything. Failing to know, experience, and be in relationship with Him is an eternal loss, not only for the one suffering but also for anyone who may accompany them through their suffering.

I was seeking to have a faith greater than I initially had. When the diagnosis of cancer made its way in to our lives, I discovered that my emotions influenced my experiences. At times, my stomach was in knots. I also felt raw and exposed. Life had quickly acquiesced to a process I had no control over. I recognized that this was not just a test of my faith; it was the test of my life.

I believed God was bringing about something new in me. Too often, nothing made sense. Who I thought God was and what I knew and believed about Him became a far distant past. I had unanswered questions. Why him? Why now? Our boys needed a father. I wanted to be a nurse. Could I finish school? Would I graduate? Life as I had known it became unrecognizable—and difficult almost beyond belief. Cancer was totally unexpected, and my questions seemed unanswerable too.

Even with all of the questions and doubts, I simultaneously sensed a deep stirring within. I felt alone but also knew God was with me. When I recognized He was with me, I also knew I would be fine. I could lay everything before Him without shame or fear.

He was making Himself known to me in real-life terms. I could feel His presence around me. I had not experienced Him in such a distinct way before. His presence was almost as tangible as drinking a carbonated drink.

A carbonated drink may make the nose receptors tingle and tickle. The difference was this was not just a momentary sensation of bodily enjoyment. It was a deep awareness, a stirring in my soul. He was meeting me in my heart and mind, giving me what I needed—rest from the struggle, strength to go on, and the surety of His ongoing presence with me.

I came to recognize that my faith was rising to new heights. That is, it was becoming something different than it had been before cancer. Though John and I had trusted God through challenges in the past, this was unlike anything I had experienced.

A Christian who has not suffered is like a child without training. Such Christians cannot receive or understand the fulness of God’s blessing. They know the Lord only as an acquaintance rather than as an intimate heavenly Father. Romans 8:17 says, “Now, if we are children, then we are heirs—heirs of God and co-heirs with Christ, if indeed we share in His sufferings, we do so we may share in His glory.” This is the goal of the Christian: to so identify with Jesus Christ that is all others see.

Anyone who has an interest in knowing God or how God is undeniably present during times of suffering and loss, will benefit from reading this book. He or she will come to understand that faith makes a difference while suffering. This book is an account of a real-life person who demonstrated that a person can live a victorious faith despite hardship and trial.

Suffering and faith are intricately connected. The author states that no one is exempt from suffering including followers of Jesus. She gained her many insights not only from witnessing and experiencing the loss of her husband but also because she embraced her own faith during that time as well. Adding to her insights is her life-long commitment to becoming all God has purposed for her life. She has dedicated and incorporated all of life circumstances in order to better understand human suffering as it intersects faith while living in a broken world. Her devotion to education, experiences as a single mother and as a nurse and prayer minister have made this possible.