The Power of Water and the Spirit 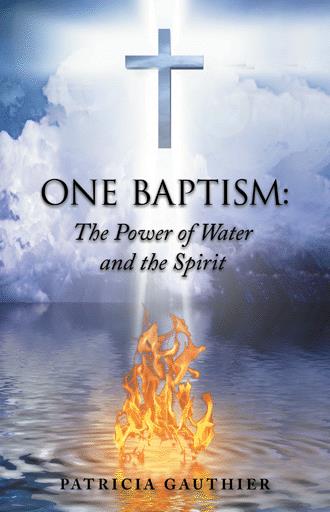 Through one baptism, God has united the church and provided it with his power to overcome the powers of darkness that envelop us and the world we live in. Yet, God’s people do not fully experience this power or unity. If the church realizes that the theology and practice of baptism are in dire need of renewal and works to restore it, God can release his power in us to unify the church. Baptism and the Lord’s Supper are the two sacraments that have been practiced in the church since it began. Whether we speak of first-century Judaism, Roman Catholicism or Protestantism, orthodoxy agrees that both ordinances were instituted and commanded by Jesus to be observed by all believers. On the topic of baptism, however, that is where agreement ends. The meaning, significance, mode and practice of baptism have caused divisions among believers since the early centuries of the church. While the church has outwardly agreed to disagree on baptismal doctrine, denominational and individual understandings of baptism have erected deep theological walls that hinder Christian unity. While the walls function to separate truth from error, their solidity often leaves no space for windows through which truth seekers can gaze to see the vistas in plain sight they have not before seen. Why is it important to seek truth?Jesus prayed, “Sanctify them in the truth; your word is truth” (Jn 17:17, ESV). In the context of this chapter, he is praying that all his disciples may be one. Jesus prays that this oneness will be as solid as the oneness Jesus has with the Father, a unity that is a magnet God uses to bring people to faith in him (Jn 17: 21). So we see that in this context, truth and unity are vitally connected. We must, therefore, approach baptism with the conviction that Jesus’ command to baptize carries with it his intention to do it in a way that teaches the truth it signifies, while safeguarding the unity of the body of Christ, his church. As it now stands, our divisions concerning the doctrine of baptism hinder church unity and whatever hinders church unity, obscures the gospel. Why is this? Eastern Orthodox theologian Jonathan Morse has rightly noted that all theological discussions are soteriological. They therefore go to the heart of the question - What has Christ accomplished on the cross? Another way to ask this question is: How are people forgiven of their sins and saved to eternal life with God Almighty? Theologians have probed this question since God called Abraham out of Babylonian paganism. This makes the next questions vital to Christian doctrinal belief: “How is baptism connected to salvation and how can the answer to this question revitalize our faith and move the church closer to unity? “ In Ephesians 4:4-5, (NIV) Paul writes: There is one body and one Spirit…one Lord, one faith, one baptism. The one body is the worldwide body of Christ. The one Lord is Jesus, God’s only Son, the Messiah of Jews and non-Jews. The one faith is faith in the gospel as defined by Paul:Now I make known to you, brothers and sisters, the gospel which I preached to you, which you also received, in which you also stand, by which you also are saved, if you hold firmly to the word which I preached to you, unless you believed in vain.For I handed down to you as of first importance what I also received, that Christ died for our sins according to the Scriptures, and that He was buried, and that He was raised on the third day according to the Scriptures… (1 Cor 15: 1-4, (NASB). &lt;br&gt;

In verses 5-9, Paul then provides a list of people by name, in addition to more than 500 hundred believers at one time to whom Christ physically appeared after his resurrection from the dead. This passage in 1 Cor 15:1-4 is the most precise definition and summary of the one faith Paul refers to in Eph 4:5: Genuine heart belief in these facts and in their meaning, significance and life application, results in the salvation of our eternal spirits. Now we come to Paul’s words, one baptism in Eph 4:5. While it has been more than two thousand years since Paul wrote these words, their meaning and application to individuals and to the church are still not fully understood. Baptism has been, and still is, one of the most controversial and contentious topics in Christian theology. How did this controversy come about?In early Christianity evangelism was the primary goal and baptism was inextricably tied to conversion. Therefore, the theology of baptism consisted in the call to conversion. As the early church spread geographically and the NT was written and then more widely disseminated, further definitions and theologies of baptism emerged. This naturally resulted in doctrinal confusion until the differences in the interpretation, meaning and significance of baptism caused divisions within the church. The NT discusses several baptisms such as, “John’s baptism, Jesus’ baptism, the baptism of the dead and the baptism of the Holy Spirit.” All of these will be discussed in this book.My purpose in writing this book is to see baptism through fresh biblical lenses, looking through the NT to see its Jewish OT roots and following those back again to Jesus’ purpose for baptism in the New Covenant as expressed in the Apostle Paul’s highly developed, baptismal theology. As we explore Paul’s teaching of one baptism, it is my hope that God will bring a new revelation of the meaning, simplicity, and beauty of Eph 4:5.

Paul, a highly educated, first-century Jewish rabbi teaches, “There is one baptism.” What does he mean by these words? Why was John the Baptist, a Jewish prophet of the inter-Testament period, baptizing people before Jesus had even a single follower-before the word “Christian” came into existence? Who is Elijah and will he return? “Is baptism only a Christian water ritual? Why be baptized? Who should be baptized? Should Christians be rebaptized? Are baptism and salvation connected? What is the role of the Holy Spirit in baptism?

These and other questions invite readers to explore the meaning, significance and power of baptism for their own lives.This book presents Jesus’ view of baptism through the lens of his own Jewish understanding, challenging traditional views of baptism on many fronts. It traces the development of baptismal theology through both Testaments to the present, examining the ways theology has muddled the meaning of baptism and the Trinity. One Baptism: The Power of Water and the Spirit, refreshes the soul, ignites the spirit, and offers the church a powerful path to unity through a biblical renewal of the meaning and practice of baptism.

Patricia Gauthier is a retired teacher. She has served the church in teaching, church leadership, church planting and speaking. She holds an MA from Wesleyan University and a MTS from Regent University, School of Divinity. She has published a thesis with Proquest LLC. One Baptism: The Power of Water and the Spirit is her first book written for a wider readership.