The Transforming Power of a Mountaintop 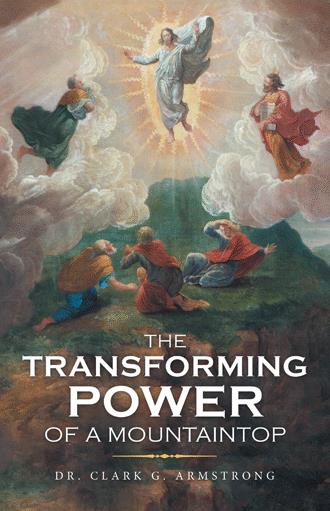 Oh, the intrigue of a majestic mountain! However, I have always been afraid of heights. I know mountain climbing has appealed to many, but it was never for me. I have heard all the reasons for climbing mountains, such as the exhilaration of the view and the sense of accomplishment, and not the least of the simplistic reasons: “because it was there.” But none of these has ever been able to overcome the feeling of fear (more like terror) that I had trying to cross a swinging bridge as a young boy when our family visited Lookout Mountain high above Chattanooga, Tennessee.

Our guide pointed out to us how we could see six states from that spot and that was true. Today, a marker suggests the viewer can see seven states. He told us how a battle of the Civil War helped the South, who fought from the top of the mountain as the Northern troops tried to climb up and take control of it. All I thought was, Why would they fight for control of this mountain? There is nothing here but a few caves and rocks and scraggly trees! At the time of my visit, there was also a little building with a monument and some other things in it, but those weren’t there in 1863 when the battle happened.

This book is about the Mount of Transfiguration and what happened when Jesus took his three closest disciples with him and went up there. Scholars say that it probably happened on Mount Tabor (or possibly on Mount Hermon) in Israel. It had similarities with Lookout Mountain, and also differences. Mountains in Israel were considered to be safe havens against enemy attacks. However, mountains were also considered to be sacred places, and often worship of the gods happened atop these high places, where idols or altars for sacrifice were constructed.

As we explore the significance of this Transfiguration event, we will find some parallels with our opening illustration. There will be an incredible view, but it will not be so much of the surroundings as of the revelation of Christ’s preexistent glory. There will be a tremendous fear, but it will be more a fear of the Lord. There will be a desire to make a monument of remembrance for such a sacred place, but Jesus will put that into a greater perspective.

This narrative is shared in all three of the synoptic gospels of the New Testament (Matthew, Mark, and Luke) and is referred to in Peter’s second letter (2 Peter 1:16–18). The full story of the Transfiguration is printed below from the account given by Matthew.
Matthew 17:1–13 New International Version (NIV)
(Mark 9:2–13, Luke 9:28–36)
The Transfiguration
After six days Jesus took with him Peter, James and John the brother of James, and led them up a high mountain by themselves. There he was transfigured before them. His face shone like the sun, and his clothes became as white as the light. Just then there appeared before them Moses and Elijah, talking with Jesus.
Peter said to Jesus, “Lord, it is good for us to be here. If you wish, I will put up three shelters—one for you, one for Moses and one for Elijah.”
While he was still speaking, a bright cloud covered them, and a voice from the cloud said, “This is my Son, whom I love; with him I am well pleased. Listen to him!”
When the disciples heard this, they fell facedown to the ground, terrified. But Jesus came and touched them. “Get up,” he said. “Don’t be afraid.” When they looked up, they saw no one except Jesus.
As they were coming down the mountain, Jesus instructed them, “Don’t tell anyone what you have seen, until the Son of Man has been raised from the dead.”
The disciples asked him, “Why then do the teachers of the law say that Elijah must come first?”
Jesus replied, “To be sure, Elijah comes and will restore all things. But I tell you, Elijah has already come, and they did not recognize him, but have done to him everything they wished. In the same way the Son of Man is going to suffer at their hands.” Then the disciples understood that he was talking to them about John the Baptist.

The Transforming Power of a Mountaintop explores life from the vantage point of one particular mountaintop—the Mount of Transfiguration.

Dr. Clark G. Armstrong, who has pastored four churches and overseen the planting of fourteen more during forty years of ministry, explores the significance of the transfiguration miracle in the life of Jesus, his disciples, and all Christians, including the readers of this study.

The author examines the miracle and uses it as an opportunity to ask questions such as:

• Have you experienced your own Mount of Transfiguration moment of worship?
• Why did Jesus need to be on that mountaintop?
• How did events on the mountaintop confirm Jesus is the Messiah?

Over thirty years later, Peter was still overwhelmed by what he saw on the mountaintop when he wrote about it in his second letter. What he draws the most attention to is the affirmation and endorsement of the Son by His Father. His affirmation was nearly the same as it was at Jesus’s baptism except that, at the transfiguration, the Father added the phrase “listen to him.”

Dr. Clark G. Armstrong is Associate Professor of Pastoral Ministries and Director of the Doctor of Ministry in Transformational Ministry degree program for Asia Pacific Nazarene Theological Seminary located in Taytay, Rizal, Philippines. He has pastored four churches and overseen the planting of fourteen more during forty years of ministry. He has also been involved in the theological training of ministers, missionaries, communicators, and educators.