A Case Study on Gender Inequality 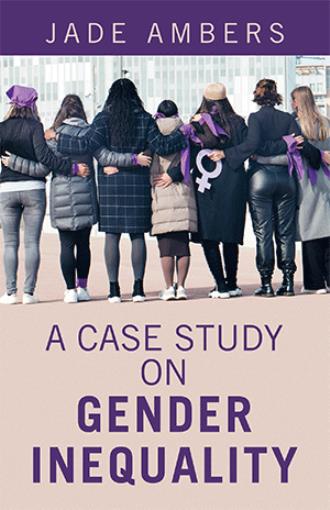 Chapter 1: Why Gender Equality Matters Organizational success depends on balancing and resolving gender inequality to ensure equal and fair treatment for all employees. Currently, the leadership is male dominated due to the absence of women in executive roles, which leads to the underrepresentation of women in organizations. Opening doors for women to lead will take a collaborative effort on behalf of both men and women. Women who have done the work and earned the qualifications deserve the opportunities just as men do. Gender should not matter; the best candidates should get leadership positions, and barriers to this advancement should be removed. When girls are given equal opportunity, communities are rewarded with peace, prosperity, and rapid development. Such communities are generally more successful (Office of the Press Secretary 2015). My literature review explored recent publications that discuss gender inequality, different types of learning, leadership theories, leadership development, diversity, and the history of the DoD’s Senior Executive Series (SES) program. Gender inequality still exists, and barriers to advancement remain in the way of women attempting to advance their careers. Women and men encounter social differences, which are assigned to them at birth. However, a woman’s lot usually requires her to choose between family, education, and work. Although women can choose to do all three, the road is challenging and sometimes impossible. Luckily, God calls upon us to do the impossible. Women in the workforce will face many different forms of sexism, such as gender stereotyping that devalues female contributions in favor of male ones, dominance penalties that penalize women for trying to step up, and women being forced to act like men so that they will be taken seriously. Furthermore, many organizations use diversity programs to attempt to improve diversity. Diversity programs were discovered to instill anger and resentment in an organization that is being forced to follow rules regarding diversity. However, until diversity programs are no longer needed, they must be in place to fight for women and minority rights. The review of all literature pertaining to gender inequality was used to explore all aspects of gender inequality, including the social constructs developed in childhood and their impact in adulthood and on society in general, so that a clear road map could be created for women to follow to gain leadership positions. The DoDs leadership style and culture , are presented in this section, which highligh the gendered nature of the defense industry, a target for change and thus an opportunity for future research. This research found relationships between gender bias, sexism, biological differences, division of domestic labor, lack of access to mentoring and coaching networks, lack of female leadership, penalties for trying to be dominant, the ways in which women are set up to fail, and arrested career advancement. The four theories explored illustrate how inequality develops, how it can be eliminated, and how leadership possibilities can be reached. All societies are assessed by the way they treat women and children (Traister 2016). Ultimately, it is the US government’s responsibility to strengthen gender equality by creating and enforcing programs and policies (Office of the Press Secretary 2015). Women are responsible for gaining education, expanding social networks, improving professional development, and seeking opportunities for advancement. The organization is responsible for minimizing and eliminating barriers that halt women in their tracks. Furthermore, gender equality will decrease government corruption, increase economic growth, and improve children’s educational performance (Dilli and Rijpma 2019).

Women are gaining education, skills, strength, and have adequate drive yet, gender inequality is still blocking their advancement into senior leadership especially in the United States (U.S.) Defense Industry. The purpose of this study was to explore gender inequality within organizational leadership, specifically within the Department of Defense (DoD) civilian sector, to identify potential barriers ceasing the advancement of qualified women. The main research question driving this research is, what internal and external barriers exist in the defense department regarding the professional advancement of women and what factors contribute to advancement into leadership. Follow up questions include how veteran status, education, and gender affect leadership status in the DoD. An ethnographic case study approach with triangulation was applied to answer the research questions due to having multiple data sources and the researcher being a participant in this environment allowing for an in-depth study of the culture. The findings indicate that gender inequality does still exist in the defense industry and male (X2=2471.03, p=0.000), veterans (X2=775.52, p=0.001) and those with a higher education (X2=2087.24, p=0.000) are more likely to be promoted. Men are also more likely to become veterans (X2=30,523, p=0.000) which has historically been the dividing line for women in the fight for equality. The findings of this research can be applied to all organizations to improve the lives of women and minorities who are underrepresented in top leadership positions by giving them a voice, supporting them, and making a way for them to advance. God says, “I will pour out my Spirit on all people. Your sons and daughters will prophesy, see visions and dream dreams” (New International Version, Acts 2:17). We are all one Spirit and form one body, and the body is made up of many, many parts which does not function as a body without all of its parts (New International Version, 1 Corinthians 12:12-14).

Dr. Jade Ambers PhD has a bachelors degree in Electrical Engineering, a Masters of Business Administration and A Doctorate of Business Administration from a Christian University. Jade spent four years serving as a civilian service Engineer prior to relocating to a private company. Jade has become known as an inventor and has been developing tools to improve business flow and enjoys developing cutting edge technology. Jade has two children one boy and one girl and is a happy grandmother to four beautiful girls and two handsome boys. She enjoys walking her dogs and actually spent several years doing triathalons and everything athletic. Jade has taken on many roles and jobs throughout life however, none as rewarding as being a Systems Engineer.