The Lord's Lessons from Little Lambs 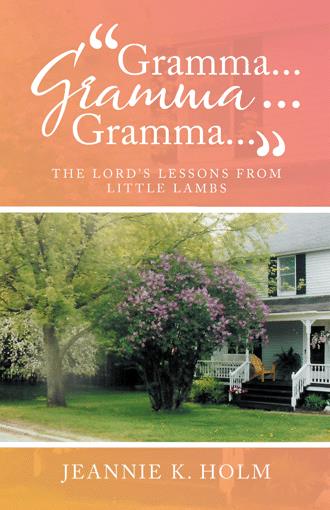 In June 1974, I married my high school sweetheart, Richard (Bucky) Holm. We purchased my grandparents’ home, which was only two blocks from where I grew up. I liked living close to my parents and siblings. I was the first one to leave home. In the spring of the following year, we decided to do a little remodeling. We were young newlyweds. We woke up one Saturday morning and decided to tear out a wall in our main floor that was between the living room and the only downstairs bedroom. Both rooms were small. We were very happy to have a bigger living room, and, after all, we had two bedrooms upstairs. It was only the two of us, so that was all we really needed. Now fast-forward a few years. We not only had been blessed with a daughter, Lisa, and three boys, Joe, Nick, and Tony, but we were expecting our fifth child. You are right; those two bedrooms were not enough room for all of us. My husband and I looked into taking out a loan to add on to our much too small house. After talking to the bank, we realized we also had too small of a budget to add on. We had trusted in the Lord for the provision of our family. We both felt strongly that I was supposed to stay at home to raise our children. We were living on one income, and that would not change. We called on Him, asking for help in what seemed to be an impossible situation. But Romans 8:28 says, “And we know that in all things God works for the good of those who love Him, who have been called according to His purpose” (NIV). In May of that year, I had been praying about our house situation. I was about five months into my pregnancy, and the reality of our tiny house was weighing on me. As I prayed that day, a peace came over me. It was so unbelievable, but I felt for certain that we would add on and would not have to worry about another payment on top of our already tight budget. So we waited on the Lord, not quite knowing how He was going to do this. For Mother’s Day that year, my husband had carved five wooden mushrooms out of cedar (as yard ornaments), very much like some I had seen and oooed and ahhhed over in Wisconsin on a trip to my Gramma’s house for Easter. I was so thrilled; he had put a lot of love and time into them. Spring was in the air, everyone was out gardening, and my mushrooms were getting quite a bit of attention. People were stopping and knocking on my door, inquiring where I had gotten them.

Jesus tells us that if we love Him, we are to feed His sheep…. What an amazing God we serve who feeds us in return. You cannot out-give God. This collection of stories tells of how God has taught one Gramma as she served as a shepherdess to a flock of 11 grandchildren. You just never know what a child might say. But one thing is for sure; they are honest, unpredictable, and sometimes down right hilarious. The title “Gramma, Gramma, Gramma” has become a family joke because when several of the grand kids are with her, that is all you hear. Everyone competes for Gramma’s attention. Putting their needs first and showing them unconditional love draws them to her. In this book you will find short stories about Lexy, Grace, Bailey, Colton, Ella, Caleb, Cayden, Vivian, Cali, Drake, and Reid. But you will also find how a deep love for God and His Word of one Gramma has impacted those eleven lives and beyond.

Jeannie K. Holm married her high school sweetheart in 1974 and the couple has made their home in Gaastra, MI. Over the years, she became Super-Mom to five children; and went on to become Wonder-Gramma to 11 grandchildren. Her grandchildren have described her as "full of grace, selfless, generous, loving, always nice, and full of love"; one of them said that when he thinks of Gramma Jeannie, he thinks of "God's cross".