No One Left Behind 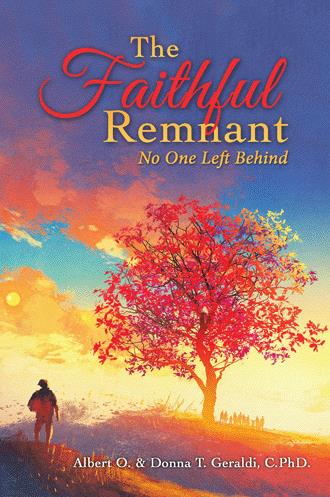 "How exciting!" Ann beamed, as she and Don led us out through the side French doors, "We don't get the chance very often to show people the kind of work we do."

Parked behind the house, some hundred feet away, was an S-333 Rolls-Royce Turbine helicopter alongside several land vehicles. After all these months, we finally were about to see Morgan's warehouse's exact location and contents. I was excited, like a fox in a hen house! Kaitlyn, with her game face on, was hard to read.

Over rocky terrain, we rode toward the base of a mountain, some fifteen minutes away, hanging onto the side rails of the ATV until we reached our destination. Perimeter spotlights and strategically positioned security cameras surrounded a massive single-story reinforced concrete building masterfully camouflaged to reflect the landscape. Near a side entrance, I saw what looked like a bunker.

"What's that for?" I asked offhandedly.

Without hesitation, Ann answered, "That's where we keep our satellite dish. When we need it, we open the roof and raise it with a hand crank."

"We use it for all types of communications." She replied, "If you want to know more, you'll have to ask either Dad or Professor Enrich. You know the electronics expert you met earlier?"

Don had been quiet for most of the ride; he was a man of few words, but he made every word count when he spoke.

"My father and I take God's Word very seriously." He finally said, "Because no one can predict when the Day of the Lord will come, it doesn't mean we shouldn't prepare for it spiritually and physically. You can't wait until it starts. You have to prepare in advance!"

An exterior wall of the warehouse set directly up against the mountain's face, leading one to suspect there was more to it than one can imagine. For the moment, though, whatever they were willing to show us, we felt privileged to see. Given time and perhaps a closer relationship with the Morgan's, we might be able to push the envelope of confidentiality a bit further.

A twenty-foot-high metal garage-type door opened as we approached the side entrance. The ATV drove onto a ramp that encircled the interior perimeter of the warehouse. Besides the thrill of excitement, the cool, dry air inside the metal-framed concrete building sent a chill up my spine.

Noticing Kaitlyn rubbing her arms to keep warm, Don said, “We keep the temperature at a constant dry fifty-four degrees year-round. It keeps everything fresh.”

“How long did it take you to build and store all this?” She asked.

“We’ve been working on this project for the past seven years,” Don replied, without offering any further detail.

The warehouse looked like Home Depot, and Costco combined. An organized maze of metal shelves stacked high with hermetically sealed and labeled boxes.

"Our office is over there," Ann said, pointing to a corner structure with a metal-shuttered window and a double-framed steel door. "We are fully automated and computerized, although we can operate this whole warehouse on a manual basis, if necessary."

I chose not to inquire about a large section of the back wall that had seemingly been painted over and distressed to resemble the other interior walls—a pseudo-wall, perhaps. I made a mental note to ask about it later on.

An old-style World War II hand-crank radio hung on the wall with wiring strung down along the baseboard leading to other areas around the warehouse.

"Is that an antique radio?" I asked, knowing what it was but wanting to hear their explanation.

"We use those radios as a backup for our internal communication system." Don answered, "Just an extra precaution."

"It's amazing what you've accomplished in such a short time!" Kaitlyn said.

Opting for one last question, before we headed back, I asked, "How do you power all this lighting and A/C?"

"We have an underground electrical cable system." Ann replied, "But Professor Enrich is working on an enhanced solar-powered storage system that he said should be good for ten or more years."

“From what Pastor says, though, we won’t be needing power even that long,” Don added.

We drove in silence; the ride back seemed quicker. About a quarter-mile away from the Ranch, we could hear the faint sounds of music and revelry. When we arrived, the cook had just started cutting into a side of beef. People danced to country river bands, while others sat at picnic tables discussing what they should eat first. The children screaming and laughing with joy kicked around a soccer ball on a grass field while other children chased butterflies among the wildflowers with billowing makeshift nets.

Before we exited the ATV, Don felt the need to get something off his chest.

"Some people see us as 'paranoid religious fanatics' or label us 'survivalists.'" Don said, shaking his head, shrugging his shoulders, "Well, we are religious, or should I say more accurately, spiritually-minded. And we are preparing to survive. But we are not fanatics operating out of fear or paranoia. Our primary concern is not with this world ending but with the new world that is to come described in Revelations! How many years did Noah spend building his boat without a hint of rain?"

"Not all may survive physically to the end," Ann added, "but we want to help those who do keep their faith during the most difficult, challenging times."

No One Left Behind is a realistic fiction grounded in biblical research pertaining to the post-tribulation theory and will appeal to readers interested in eschatological information found in the Old and New Testament.

Their undercover work brings them to a 1,000-acre Ranch owned by ex-military Colonel Abram Morgan who has ex-Delta Force connections with the CIA. There they meet Pastor Daniel Forester and other ranch families only to find a much bigger situation exists apart from their assigned mission. A global crisis begins with the introduction of the Turkish Emperor Salahadin and his Attorney General Caesarius in forming a Ten-Nation Council in their effort to control the masses.

Captain Rome, Agents Kaitlyn and John and other ranchfolks, including Rome’s ex-Special Forces A-Team must face all odds in preparation for the coming devastating end-time signs in order that they may survive to the end so no one is left behind!

A Book of Revelation End-Time Study Guide that biblically supports the Post-Tribulation Theory—the impetus for writing The Faithful Remnant—will be made available for readers soon!

Donna T. Geraldi, wife and mother, is a Christian and devout believer in the written Word of God. She is also a former NYC Police Officer and Academy Instructor. Mrs. Geraldi received a Bachelor’s degree in Psychology, a Master’s degree in Social Work, and a Doctorate in Christian Counseling. She is a Florida Licensed Clinical Social Worker, a Licensed Clinical Pastoral Counselor under the National Christian Counseling Association, and a Commissioned Minister of Counseling.