Walking Through the Valley 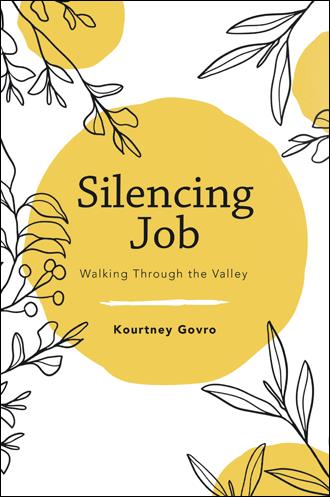 “You are just a Job,” my mom said to me one day when I told her my latest folly and trial while we were sitting in a restaurant. In a lot of ways, she was right. Bad things seemed to seek me out, over and over. I lived in the valley, and if it could rain, it did, which would cause a flood. However, as I got older and read the book of Job, I could hardly compare myself to him. Most of my trials were self-inflicted.

Like many of you reading this, my life seemed to be a nonstop roller coaster of difficult seasons. While my friends appeared to have long luxurious summers, my life seemed different. I would barely get to spring before a surprise snow would fall and freeze whatever had started to grow. Maybe that is you too?
I secretly wished my Biblical spirit animal was someone other than Job—maybe someone like Esther, who was beautiful and just had to be bold. I could totally own that! Give me beauty, then let me do my bold thing. Alas, that was not my path. I was Job. In my mind, he was a short, heavy-set, middle-aged balding guy who wore white tube socks with his sandals and cried a lot. Sadly, that sounds similar to me.
A counselor once told me that I was creating my own brutal winters, and I needed to “silence Job.”
But what did that mean?
She meant that “stinkin’ thinkin’” was creating my sorrows, and I was manifesting all the bad in my life. The more I thought about being Job, the more I created Job-esque situations. While I believe that attitude is important, I do not believe you can manifest certain situations. You cannot create cancer or give your husband a heart attack just by thinking negative thoughts.
The dichotomy of an all-powerful, all-loving God versus the concept of suffering is hard to swallow. If He is a heavenly parent, and loves us so much, then why all of this? Why the bad? Why the pain? Why? During a conversation with one of my friends, who happens to be an atheist, he said “I couldn’t believe in a God who…” It hit me. It would be easier not to believe in God than to understand His unlimited power and sovereignty. If He created the world, then why does He let bad things happen? If He is all-powerful, then why doesn’t he stop the gauntlet of trying times? If He is all-knowing, then why doesn’t He see bad things coming and redirect us? If He really is the great healer, then why do people we love get sick and die?
After a particularly difficult season, I took a risk and told a friend that I was questioning God in my suffering. She herself was going through an intense trial. In my mind, if anyone would wallow in suffering with me, it would be her. Maybe we would not just wallow, maybe she would even open a bottle with me so I could wash down my feelings from my head to my gut. Without hesitation or fumbling, she told me not to lose faith. God is bigger than anything she or I was experiencing. She rattled off scripture, framing God as the Creator, Sustainer, and Everlasting Hope. Then she said something like this: “If I believed God was just a person or a thing or an event, then I would’ve quit believing long ago. God is God, and I am not.”
She did not try to explain my suffering; she redirected my focus. As you will see in the book of Job, sometimes that is all we need to do. These are a collection of devotions that I wrote at five a.m. each morning until I made it through the entire book of Job.

Have you ever felt like life just keeps throwing punches and you never get a break—that maybe God forgot about you or even that He might just not exist? Fellow valley walker, He is still here and wants to be your comfort in the storm, your strength when you are weary, and the potter shaping you into who He wants you to become someday.

Silencing Job presents a daily devotional journey through the book of Job that offers comfort and inspiration as you walk through the valley. Whether you are walking a difficult road or are a friend or family member supporting someone else in their journey, these devotions can help you manage the roller coaster of trials and difficult seasons. God is bigger than our suffering—the Creator, Sustainer, and Everlasting Hope. He will restore you, and then it’s up to you to make the valley walk useful and move forward as He intends you to.

Uplifting and encouraging, this daily devotional examines the lessons that the book of Job holds for those of us living through modern trials and tribulations.

Kourtney Govro has traveled through many valleys and through the experiences has learned to trust God more fully. Her heart’s desire is to share the gospel of Jesus Christ in personal, understandable ways that anyone can enjoy. She and her husband have four sons and one daughter-in-law. She is currently a student at Midwestern Baptist Theological Seminary pursuing a masters of theology degree.