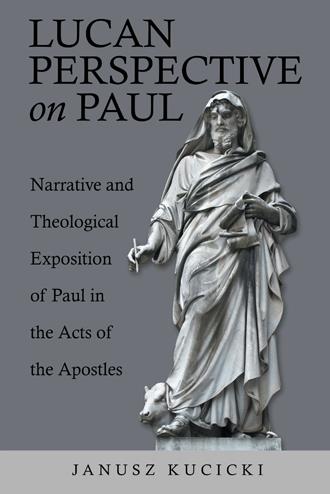 In Acts 8:1, Luke reveals a new aspect about Saul, changing his quasi-neutral account in Acts 7:58. Luke straightaway informs readers that “Saul approved of their killing him” (Acts 8:1 NIV), which is a direct exposition of Saul’s responsibility for τῇ ἀναιρέσει αὐτοῦ (killing him), which is the term referring to legal or quasi-legal procedures of putting someone to death. His responsibility is exposed by the term συνευδοκέω (I, consenting together with others), which shows that, although he did not take active participation in stoning, he wills it to be done. In light of this statement, the information from Acts 7:58 about “the witnesses laid their coats at the feet of a young man named Saul” (NIV) loses its neutral meaning. Instead, it informs readers that Saul could be seen as some kind of leader for those who took active roles in killing Stephen or at least for those of the Cilician synagogue. After acknowledging the information provided by Acts 8:1, readers can no longer think of Saul as a person accidentally involved in Stephen’s case.

In Acts 8:3, Luke makes a full-scale presentation of Saul, which is reduced to only one aspect: his attitude toward those who recognized Jesus as the Messiah. Verse 3 is the last stage of the initial presentation of Saul. After we are informed that Saul was a passive presence at the stoning of Stephen (Acts 7:58) and that he agreed with the impulsive decision of the crowd (Acts 8:1), we now learn that he was actively involved in ravaging the messianic community in Jerusalem (Σαῦλος δὲ ἐλυμαίνετο τὴν ἐκκλησίαν). Luke used this final description to expose Saul.

The second part of verse 3 (κατὰ τοὺς οἴκους εἰσπορευόμενος, σύρων τε ἄνδρας καὶ γυναῖκας παρεδίδου εἰς φυλακήν) exposes the way Saul did his work. The key information regards Saul as the persecutor, ravaging the community. The first phrase, “Saul ravages” (Σαῦλος ἐλυμαίνετο), is the term that indicates possible mistreatment, torture, military devastation, or outrage, and the use of the imperfect form of the verb exposes that this action continued for long time, but at the moment of writing the Acts, his activities no longer influenced the present. Finally, in his initial introduction of Saul, Luke reveals the true and brutal face of the “young man” (Acts 7:58) who agreed with the stoning of Stephen (Acts 8:1). Saul, as presented by Luke, is the persecutor; he was him already in Acts 7:58 and in Acts 8:1. It was not the case that Stephen’s issue forced Saul to become the persecutor; rather, he was already an opponent to the Way at Luke’s first mention of him. Luke had chosen a firm but gentle way to gradually present Saul’s evil.

Luke determined the subject of Saul’s persecution, writing “But Saul began to destroy the church” (Acts 8:3 NIV), where the term τὴν ἐκκλησίαν refers to the Jerusalem community of those who believe in Jesus as the Messiah. It means that Saul was not concentrated on destroying the structure or system of the community; he simply headed to eliminate those who believed that Jesus of Nazareth was the Messiah. He directly acted against people, since destroying people would bring the end the community itself. In order to expose this idea indirectly, Luke adds specification regarding the way in which Saul realized his plan. He indicates that Saul entered private property, arrested men and women, and put them in prison. This one short sentence contains lots of hidden information that exposes the scale and nature of Saul’s activity. Information concerning the private houses shows that Saul possessed a special prerogative to enter private properties, which usually were not disturbed without permission of local authorities. An arrest at home was viewed as more severe than an arrest in a public place. Information concerning the arrest of men and women shows cruelty and an uncompromised aim of Saul’s activity, since women were less often arrested than men. Keener is of the opinion that Luke’s mention of the women serves to show their courage and faithfulness, which is in accord with Luke’s general views on women’s positions in the primitive Christian movement. In our opinion, it serves to expose the scale of Saul’s ravaging, but it also may be taken as a parable, which indicates that the entire family (including children) were put in prison. Information concerning the imprisonment of those who believed in Jesus as the Messiah suggests that they were sent to the prison for the trial or after the trial. At this moment, it is impossible to determine which of these two possibilities is more accurate but Acts 9:1 probably will help us to clarify the problem. Luke, indirectly in verse 4, informs us that Saul’s activity, although it caused the exodus of the Messianic Jews from Jerusalem, did not destroy the community, which may indicate only a partial success of Saul’s attempt

Despite all scientific doubts regarding Acts, Luke’s writing was and still is an extremely important source for understanding the man who contributed the most (directly or indirectly) to the canon of the New Testament. Luke is the first (known to us) person who recognized the importance of Paul’s life and his mission activities, as well as Paul’s innovative interpretation of the whole Jewish tradition (that can be compared only with Copernicus’ statement) that resulted in a totally new concept of the relationship between mankind and God, where the center of the relationship is Jesus of Nazareth, the Resurrected Messiah for both Jews and Gentiles. Although Luke “did not save Paul for us” because Paul produced many writings on his own, he did however give us a very important look at Paul that balanced the rejection of Paul as the Jewish teacher with his indispensable contribution to transferring the Jewish concept of God into the Hellenistic religions’ systems. Without the Acts of the Apostles, we would have to create a picture of Paul based on his writings, which is quite a challenging task. If the letters of Paul gave us some accounts about Paul’s attitude and thoughts in particular situations, then Luke’s Acts supplies this particular perspective with a deeper evaluation of Paul by a second witness. Luke definitely wants to present to the reader(s) “his Paul”, who does not necessarily have to be unlike “the historical Paul”.

Janusz Kucicki, Ph.D. (2008), is Professor at Nanzan University in Nagoya, Japan. He has published two monographs “Eschatologia of Thessalonians Correspondence” (2014) and “The Function of the Speeches in the Acts of the Apostles” (2018). He is the author of 40 articles mostly concerning Paul’s letters, but also the writings of Josephus and the Gospels.