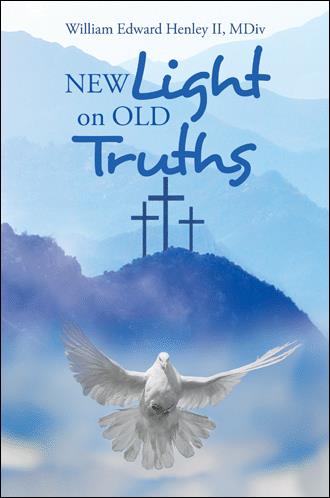 Imagine, absolute nothingness. Infinitely long, infinitely nothing. By the rules of the universe, first penned by Antoine Lavoisier in his Law of Conservation of Mass, and added to by Julius Robert Mayer in his Law of Conservation of Energy, we know that energy can neither be created nor destroyed. Matter cannot be created or destroyed, although matter can be converted into energy. By the very rules of which we know our universe, nothing should exist. It is an impossibility for anything to exist – not just you and me, not just the grass, the dirt, but atoms, molecules, electrons and neutrons and quarks – none of this should exist. There should be no light because there is no reason for hydrogen to exist to come together via gravity to form stars. In fact, there should be no gravity – the mass of a hydrogen atom does not have enough gravitational pull to attract another hydrogen atom in an area as large as the universe. Even just milliseconds after the Big Bang, atoms would have been too far apart to attract to one another gravitationally. Nothing should exist.

Somehow over an infinite amount of time, this mind learns how to create the simplest of atoms, a single proton and a single electron – hydrogen! This consciousness, this I AM, pleased with this, forms more hydrogen atoms. As He starts forming more and more atoms, a strange thing occurs – they become bound to one another with something we call gravity. More and more of these elements come together and the gravity binding these atoms starts to have another effect – the atoms start to heat up, and suddenly ignite. I AM has created light. I AM looked at this and saw that it was good.

But there is another interesting thing that happens in the furnace of a star – these atoms start to fuse together – a process called fusion. And suddenly we have a new atom – oxygen! And what happens when two hydrogen and a single oxygen atoms combine and cool? I AM has now created water! From Genesis 1:2 “The earth was formless and empty, and darkness covered the deep waters. And the Spirit of God was hovering over the surface of the waters.” Moses could not fathom water existing someplace other than the earth, so while we know the land came later, this idea of God floating in the void was more than he could understand, and he described it to the best of his ability.

But now the cruelest part of this existence starts to occur. I AM has learned to create matter and energy, and light, is able to create new atoms and form them into complex molecules, is able to start bringing it together to create rock, to create simple plant life, to create a place that is good and beautiful to the eyes that He created for Himself. But soon, I AM realizes that He is all alone. The animals are nice, but they are unlike Himself. So, He takes the dirt of the ground He Himself has created, forms it into a shape like He had formed for Himself, and breathed into it. And man’s very first act of worship – breathing God in. And man’s second act of worship – breathing God out. When man breathed God in, the breath got embedded in the blood of the first man. This blood was passed on to its offspring, so to this very day, every single one of us has the breath of God in us, breathed into the very first man by God Himself.

Finally, God had created for himself a companion and friend He could talk to. Someone like Himself, but at the same time, not like Himself. This man, while having a sprit like God, was not God. And God realized this, and remembered his own loneliness, and created for the man a woman. But then the worst thing imaginable happened – man rejected I AM.

The Triune Nature of God

My theology over the Triune nature of God is influenced greatly by Nabeel Qureshi, author of the book Seeking Allah, Finding Jesus. Rather, Qureshi laid the groundwork, and I built upon it. In his book, he talks about how he was sitting in a chemistry class one day, discussing the subatomic world of nitrates. While I do not understand the chemistry Qureshi is quoting, there was something that the professor said that sparked Qureshi’s understanding of the Trinity – “a molecule with resonance is every one of its structures at every point in time, yet no single one of its structures at any point in time.” In other words, this molecule was everything it could be at the same time. This sparked Qureshi into thinking about the Trinity.

However, the concept that Qureshi did state in the book that struck me as the most profound was a statement he threw out almost as an afterthought. He states that a human is a single being – a human being. This human is made up of three parts – body, mind, and spirit. Which of these parts is the human? At a funeral, who or what is laying in the coffin? If it was my funeral, would they say that William was laying in the coffin? If I was alive, and lost a limb, is that limb William? Is the limbless thing on the table William? Well maybe William exists in the mind. If you decapitate me, is my head containing the brain William, or is that body on the table, still flopping around, William? If you were to remove my brain and keep it alive in a jar, what is William?

I am one being. A human being, made up of 3 parts, body, mind and spirit. Each of these things are distinctive, but all rely as part of each other to make up the whole.

God is one being. He is made up of 3 parts – The Father (mind), the Son (body) and the Holy Spirit (spirit). Just like us, who are created in His image, He is a single being. The interesting thing about this God being, though, is that, unlike man, His 3 separate parts can be in different places from the rest of the being, able to interact with mankind and the cosmos, on both a micro, and a macro scale, simultaneously. Just like that substance that can exist in separate states at the same time, so can God.

There has been much in church theology over the years that has come about as looking at the Bible as a great literary book. But if we look at the Bible as a historical book, how do things change? And even if our theology is correct, are the actions Christians and the Church engage in correct? Inside, we discover many instances where what many Christians believe do not match up with the Bible.

William also shares part of his amazing testimony inside, about coming from a cessationist background to encountering God through the gifts of the Spirit.

William grew up in the church, and accepted Christ at age 8. In 1996, at the age of 17, he accepted the call to ministry, but it was not until 2012 that God revealed to him what that calling was. William has lived in Fort Worth, Texas most of his life, lived in Tucson, Arizona for a year, in Abilene, Texas for four years, and in Salzburg, Austria for five months. He has a Bachelor of Business Administration in Computer Sciences from Hardin-Simmons University, a Southern Baptist University in Abilene, Texas, and a Master of Divinity from The King’s University in Southlake, Texas, originally founded by Jack Hayford and associated with FourSquare, now overseen by Gateway Church, a non-denominational charismatic church pastored by Robert Morris.