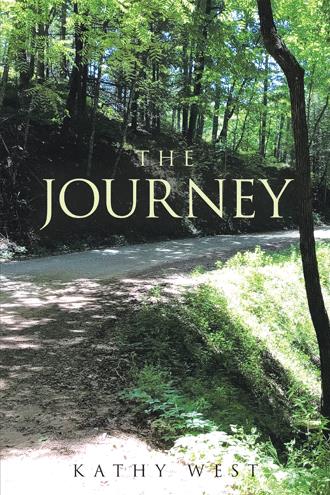 Once, two prominent men set out on a journey. Their destination was a gathering of great Biblical leaders and teachers along with the best-known Christian musicians and singers. It was a gathering to show the world where Christians stood on important issues. These two men were good friends and leaders in their church. One was an elder and the other was a deacon.
Knowing the trip would take almost two full days, they sat out early one morning on their journey. Before they started, they paused for prayer, and the elder led them in a beautiful—if a bit long-winded—prayer, asking the Lord to keep them safe and to bless their journey so that they might get to their destination on time. They wanted to hear the great preachers and teachers and be blessed.
The morning started out well, and as they were making good time, they decided to stop at a diner-service station for an early lunch and gas. After parking the car, they went in, looked around, then took a booth beside a window facing the road. Across the road was a nice, if a bit small, house, but the yard was overgrown with weeds, the paint was badly chipped, and it had an overall unkept look.
As the deacon was looking at the scene, the elder continued to talk about the exciting event they were to attend. The deacon was in full agreement, but only half of his attention was on the conversation. As the deacon continued to watch the house, an extremely skinny man opened the door and almost fell as he slowly bent down to pick up his paper. The deacon sat still, watching as the man laboriously pulled himself back up while holding to the doorframe and stumbling back inside. Filled with compassion, the deacon mentioned the heart-breaking sight to the elder, and the elder commented, “That’s too bad; he’s probably sick, or maybe stoned, or hungover.” The deacon admitted that this was probably true, but the feeling of concern would not leave him.
After they finished eating, while the elder was glancing out the window, the deacon stuck a small dip of tobacco into his mouth hoping the elder hadn’t noticed. But the elder had noticed and made a comment about the body being “the temple of the Lord.” The deacon knew that the elder’s words were true. The deacon thought of himself as a weak man, which made him sad, so he vowed to himself to try harder to overcome his weaknesses.
As they paid for their lunch and were leaving, the deacon overheard a conversation at a nearby table. It seemed others had also noticed the debilitated man across the street, but their words chilled the deacon to the bones. One of the men at the table was laughingly betting on how long he thought it would be before the sickly-looking man died. His companion spoke up and said, “Not long. And good riddance. It’s no more than he deserves after the lifestyle that he’s lived.”
After that last comment, the deacon looked again at the sad, little house, and slowly walked out the door behind the elder.
While the elder was filling the tank with gas, the deacon walked across the street to the small house and knocked on the door. When the man inside called out in a raspy voice, “Come in,” the deacon walked in and found the man lying in bed looking emaciated. The deacon tried not to look at the open sores on the man’s face and neck, as the man barked with all the strength he could muster, “Who are you, and what are you doing in my house?”
The deacon gave the man his name and then said that he was in the house because the man had yelled “Come in” when he had knocked.
“That’s because,” said the man coughing as he tried to speak, “I thought you were my mother knocking. She’s the only one who ever comes to my house, and even she hasn’t been here in a while.” The man paused then said, “Well, what do you want?”
The deacon looked compassionately at the man and then asked in a quiet voice, “How can I help you?”
This took the man back a little, but he finally responded saying, “Why would you want to help me? No one else does. I haven’t had a single visitor other than my mother since my partner died.”
The deacon answered, “That’s really sad, and I’m very sorry. Maybe I can do something to help you.”
The man turned his head to the wall and said again, “Get out! No one can help me. I’m dying.” And he refused to say anymore.
Not knowing what else to do, the deacon walked out, shut the door quietly, and walked back across the street to where the elder stood looking around with a scowl on his face. He wanted to know where in the world the deacon had been, as he had been looking everywhere for him, and now, they were running behind schedule. The deacon apologized for causing the delay and started to get into the car but stopped. He told the elder about the man and his situation and finished with, “I believe we should do something to help him.”
“That was certainly kind of you,” replied the elder, “but we need to get down the road. I’m sure there are plenty of good, Christian people in this town that can help the man. After all, we passed several churches on this road alone as we were driving in.”
The deacon acknowledged that that was true and started to get in, but something stopped him. He heard a small voice deep inside himself whisper, Help him. And he listened.

Two prominent men, friends and leaders in their church—one an elder and the other a deacon—embark on a road trip. Their destination is a gathering of great Biblical leaders and teachers along with the best-known Christian musicians and singers where the elder is to deliver opening remarks. It’s a gathering to show the world where Christians stand on important issues.

Knowing the trip will take almost two full days, they get an early morning start. As the day progresses, the deacon and elder stop for lunch and gas. This is where the journey starts to take a turn. The deacon notices a sick man in need, and the deacon insists he’s going to stay in town and help while the elder continues to the revival.

The deacon spends his life in service to others, first as a true friend to the elder, then as a helping hand to the downtrodden and those tortured by grief, and finally as a mentor to a lost teenager. Without realizing it, his simple obedience to the still, quiet voice of God causes life-changing results in the people he meets. Those he helps see him as a beacon of light, or as the welcoming light the church is supposed to be to the lost and needy throughout the world.

Kathy West is a retired math teacher. She currently lives a simple life in the mountains of East Tennessee and enjoys spending time with her husband of fifty years, their three children, and fourteen grandchildren.