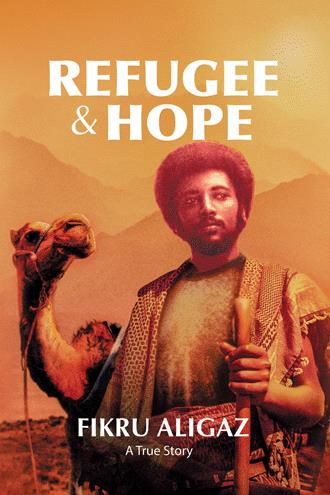 “I’ll be hiding you with the help of these,” she added, pointing toward the blankets and boxes lying at the corner. She gave me a smile to calm my nerves. “All you have to do is stay as quiet as possible. If this works out, you will finally see the light of Djibouti. ” I smiled back at her. It wasn’t the usual smile that I pass off to kind strangers. It was a smile that meant I was hopeless after so many days of tossing and turning in a tent, and now I felt so happy that I couldn’t breathe. I also felt the need to cry, but not yet. Not till I left this town. After loading the vehicle with the luggage, they called me over to set up my hiding spot. They asked me to lie down while they placed boxes all around me and covered me with sheets and blankets. It almost appeared as if I were part of the luggage set at the back of the land cruiser. This was great because the more ordinary everything looked, the better chances we had of fooling the officers. The nurses got inside the land cruiser, double-checked their stuff, and my hiding spot, then we began our journey towards the checkpoint. I couldn’t see much except for the morning sunlight filtering through the light blankets over me. I was stuck in an uncomfortable position, and it was hurting my back. But I tolerated the pain and discomfort, and just closed my eyes, shutting down my racing thoughts as well. The ride was bumpy because of the poorly constructed roads. My head hit the box beside me many times. I heard slight murmurs from the front of the vehicle as the nurses talked, but I couldn’t make out the words.Finally, we arrived at the checkpoint. I heard sounds of officers conversing with the men in front, confirming their IDs, and ensuring they weren’t spies or refugees. Once we were cleared and ready to drive away, another officer came close to the side of the vehicle. He asked to lower the windows. When I felt the car come to an abrupt stop, anxiety flooded over me. Why were they stopping us suddenly? Had they figured out I was hiding in the back? I began to overthink it all as I remained cramped in that small space. “How can I help you, sir?” the woman at the steering wheel asked, blinking her eyes unnaturally. The officer looked her in the eye and replied nonchalantly, “Can you give me a ride? I have an urgent business close by. It’s okay. I’ll sit at the back. ” The nurse was hesitant and visibly panicking. That fright could be felt in her words. “N-no, you cannot.” The officer, with his piercing gaze and intimidating outfit, stared at her in confusion. “There’s no space in the back because of the stuff we hoarded there. You can sit in the front with us,” the other French nurse said, breaking the tension. The officer shrugged and jumped inside the vehicle. All I could hear were muffled sounds. I couldn’t make out the actual words exchanged between him and the women. But I felt the issue was settled, so my anxiety subsided. We continued our journey toward the next checkpoints. It had gotten reasonably bright outside as I heard birds chirping and the noises of busy vehicles. Despite how I enjoyed listening to the birds sing in the morning, I couldn’t indulge myself in nature’s beauty. I feared the officer sitting in front of me. I could feel his presence and sometimes even understand what he was saying to the two women. It was scary thinking that if he checked the back of the land cruiser because of suspicious activity, we couldn’t even stop him. He had all the authority to do so, and if we objected, he could use a weapon against us. We weren’t heartless enough to kill him if he figured out our scheme, nor could we tackle him as he would spread the word once we left. Declining him when he’d asked for a ride in front of other officers would have been a death wish as well. So all we could do was pray he didn’t suspect someone was hiding underneath the cartons and blankets in the back. After ten miles, the officer asked the driver to stop the car. He had arrived at his destination. He thanked the two women and eventually went along his way. The car felt lighter, so I figured the officer had left. I sighed in relief, and so did the nurses because they were just as stressed out. We hit the road again. The ride was more relaxing this time. Five more minutes passed, and the driver pressed down on the brakes again. It confused me why they had stopped again, especially in the middle of the road. They got out, came up to me, lifted the blankets, and asked me to take a breath of fresh air. It was silly of me to forget that I needed to eat, drink, and rest properly as well. I was so focused on leaving and so content with finally passing the initial checkpoint that I didn’t even bother to consider my physical condition.“You need to refresh yourself. We still have a long way to go.” The nurses prayed and then handed me a chilled can of Coke and a pack of biscuits.“Thank you for being so considerate,” I said, feeling tears well up. “All of this help truly means a lot to me.” The woman shot a friendly smile my way. While I ate, they silently stood at the corner and prayed for a safe journey. It is truly amazing what the prayers of faithful believers can accomplish. And there was absolutely no doubt in my mind that God had sent these two women into my path to achieve His purposes in my life.

Fikru Aligaz shares his true-life saga of fleeing for his life from his war-torn homeland of Ethiopia as a teenager in this memoir that highlights an inspiring journey to freedom.

Crossing harsh deserts, he was tossed into prison at border crossings and on the brink of death on more than one occasion.

Undeterred, he continued his quest for a once-in-a-lifetime chance at freedom, even though it meant leaving behind everything he knew. He recalls in vivid detail the seemingly insurmountable challenges and obstacles he encountered on his quest.

He also shares how his journey ignited his faith, noting that time after time, people came into his life to help him realize his goals. Even though the odds were stacked against him, the Lord determined that he would not abandon his faithful servant.

Fikru Aligaz came to the United States as part of a refugee resettlement program in 1980 shortly before receiving the Lord as his Savior. He married his high school sweetheart, Martha Aligaz, in 1982. As an outgrowth of his experience in the church, he moved to Olathe, Kansas, where he earned a degree in church music from MidAmerica Nazarene University. Later, he earned an MBA degree from Pittsburg State University. He is the founder of Bethel Music Ministry and lives in Overland Park, Kansas, with his family.