Head of the House:

Is it a Sin for Women to Lead? 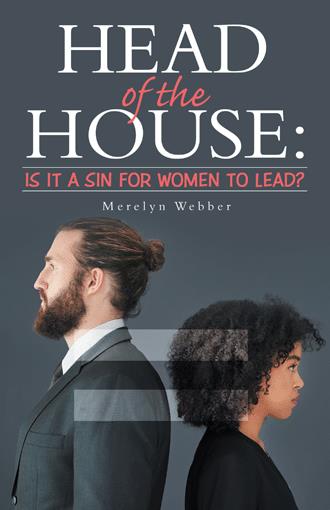 Is There Hierarchy in the Trinity?

The answer to this question is very important to the conversation of headship. If we believe that there is hierarchy in the Trinity, then being made in his image would imply that God intended there to be hierarchy between women and men.

In 318 CE, a presbyter named Arius claimed that Jesus was not God at all—only God the Father could be considered uncreated. This became so divisive within the church that in 325 CE, a council was formed in Nicaea to mitigate the heresy. In their final analysis, the Nicene Creed made it clear that Jesus is both divine and equal with God the Father.

“Jesus is “very God of very God”; he is not made or created or a product of the true God. Jesus is the true God … eternally ... and the Father is not “more God” than the Son. God is God, in trinity”.

This creed categorically ruled out the idea of there being any hierarchy in Triune God. As a result, the trinity cannot be used to promote gender hierarchy. According to the Nicene Creed, the Trinity can only be seen as a relationship of equals in the bond of love.

Sadly, some Biblical teachers today have regressed back to the Arian claim that Triune God is hierarchical—that God the Father is head, with Jesus and Holy Spirit as his subordinates.

Second, as we have discovered, God is above gender. When he created the adam (man and woman), he created them in his image. They were made together and in the image of God, with the intention that they also be ‘seen as a relationship of equals in the bond of love’.

Then the Lord God made a woman from the rib he had taken out of the man, and he brought her to the man. The man said, “This is now bone of my bones and flesh of my flesh; she shall be called ‘woman’, for she was taken out of man” … and they become one flesh. (Genesis 2:22-24)

If God is above gender (since he created it), then the idea of hierarchy cannot come from gender. God never intended the male or the female to be head over the other but to rule as one, just as Triune God rules all things together as one.

God blessed them and said to them, “Be fruitful and increase in number; fill the earth and subdue it. Rule over the fish in the sea and the birds in the sky and over every living creature that moves on the ground.” (Genesis 1:28 italics mine)

Much has been written to counter the idea that women should assume leadership roles, whether in the church, home, or workplace. Little, however, has been written to show how, in avoiding leadership, women might be abnegating their God-ordained role as coleaders with men. Women who want to know that they are walking in the fullness of God’s will for their lives will need to answer this question for themselves: is it a sin for women to lead?

In Head of the House, Merelyn Webber addresses the question: is it a sin for women to lead? She contends that the issue of equal opportunity for women and men to rule needs to be examined soberly by all and not swept under the carpet. Derived from her personal relationship with Jesus, her years of experience of marginalization in ministry within the church setting, her years of study toward her MDiv and her call to ministry, Merelyn offers a Biblical perspective of women in ministry.

Head of the House is a book about women. It is to women and for women. It is designed to help them understand for themselves what God and his word have to say about what he intends their roles in society to be.

Merelyn Webber received her Master of Divinity from The King’s University, California. She served as director of ministry to women at a large Alliance Church in Calgary and is a certified professional life coach. In addition, she and her husband were ordained to serve as co-pastors and national supervisors in the Foursquare Gospel Church of Canada. Merelyn and her husband have two grown sons and five grandchildren.