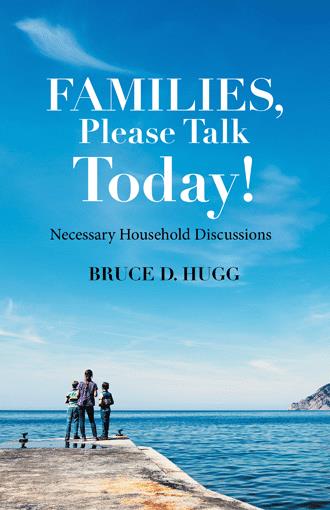 We live in an utterly wicked world. Iniquities abound. Sin confronts us in each facet of our life. Immorality meets us at every turn. This is most clearly evident in the sexual realm of society today. How so? Sex is present everywhere. Sex is exalted and glorified nonstop. Sex sells. Whether you are buying socks, tires, or pretzels, you can rest assured, sex is in the mix. Notice! Sexual intercourse is not! Why? Because the world vehemently despises the truth of sexual intercourse. The veritable limitations of sexual intercourse downright infuriate the world. Mankind is thoroughly consumed with hatred for regulation. Humanity detests constraints of any kind. Human beings fervently crave nothing more than being a law unto themselves. They will not be stopped in achieving their earthly desires, goals, and pleasures. They must rule! Nothing shall deter them! Therefore, mankind vigorously endeavors to absolutely destroy any stipulation he faces. This is most certain as regards sexual intercourse. The truth of sexual intercourse profoundly stands in direct opposition to the conceit and vanity of sex in society. The world knows this. Thus, it earnestly strives to conflate sex with sexual intercourse, so as to slowly dismantle the virtuous standard of sexual intercourse little by little. You see, each member of society completely comprehends the honorable principle of sexual intercourse and its tremendous benefits entirely. As such, it's impossible for this truth to be thoroughly abolished instantaneously. Therefore, the world slowly infiltrates the fortress of sexual intercourse. Society does not all at once, forcefully carry out a full frontal attack on this stronghold. Of course not. Its citizens would obviously perceive such an assault. Hence, its people would passionately resist this attempted onslaught and fiercely fight against it. So what does the world do? It gradually introduces corruptible elements of sexuality into the practice of sexual intercourse. First, the world cautiously appeals to the pleasure its members undeniably experience as a result of sexual intercourse. Next, in a measured manner, the world instructs its inhabitants that such delight can be enjoyed apart from Godly traditional sexual intercourse. It progressively reveals evidence that earthly gratification can be achieved through any sexual activity. Once it has proven that such elation is possible, society, then, becomes more brazen. It informs its residents that, in fact, it's improper to deny themselves such self-satisfaction. Following this, society apprises its members that they truly deserve to live in the full awareness of sexual pleasure as often as they so desire. Thereafter, the world discloses to its citizens that they indeed ought to ardently seek this secular sexual bliss always. Finally, the world pointedly expresses to its people that they must continuously strive to completely realize themselves only in the light of their carnal sexuality. In living this salacious life alone, society promises its citizens sincere personal fulfillment.

The family is the most precious gift granted to mankind. Verbal expression is key to the manifestation of familial enjoyment and contentment. When we genuinely listen to our loved ones’ heartfelt convictions and convey our innermost concerns to them, we accurately and powerfully grasp the soul’s essence of each family member. This is the beginning of love—the foundation of the family.

In an inspirational guide shared to restore the marvelous treasure of the family unit, Bruce Hugg relies on his faith and personal experiences to offer a powerful message about the value of heartfelt communication. Hugg encourages family members to explore and discuss his four chosen topics in order to obtain true unity and peace within the household. Through his guidance, others will learn how to answer the questions, “What am I, and Who am I?,” why we must earnestly aspire to live honestly and in the reality of love, why we must vigorously strive to understand others spiritually, and how we can avoid temptations of the flesh.

Bruce D. Hugg knows what a precious gift family is. After watching the decline of family life over the past forty years, Hugg decided to write this book to uplift and preserve the blessed structure that is the united household to help engender sincere peace, security, and joy in the hearts and minds of each family member. Families, Please Talk Today! is Hugg’s second book.