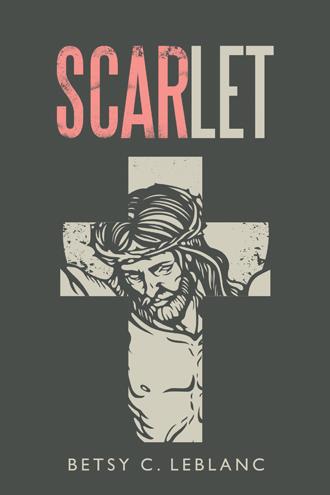 Miriam ran to her daughter holding a small lantern. "Rashna! Rashna!" “It’s happening again. Honey, wake up." "That's it. Like that. Good girl, sit up, okay?” Rashna sat up. Miriam could see her little face with oval eyes opened wide and sweat covering her forehead. Rashna was whimpering and calling out during restless sleep. "Mama, I was dreaming it again." Rashna sat, looked wild, but she absorbed her surroundings, blew out a strong breath, but then looked defeated. "I'll get you a drink of water and a wet cloth. It will help you feel better." Miriam returns to the girl of ten with black eyes in the low light and hands her a cup. Then Miriam drapes a cool towel on her little forehead. "Let's talk about it again, Rashna. Maybe we didn’t talk about everything we needed to the first time. I’ll lie with you." She smiles at her daughter, but she has concern in her eyes. Miriam was exhausted. It was her day to go into the city to shop for her own family and the families of Reuben’s three brothers. This year, the large shopping for everyone fell on her turn. It was Passover soon and she needed to prepare for the yearly festival. As soon it was light out, she made breakfast and lunch for the family and had it neatly placed so they couldn’t miss seeing the meals.

She left and traveled two miles both ways with their donkey, some water for them both, and a few figs to keep her strength. Their donkey was going to make the trip just fine. He could graze anywhere. She returned with the food for the four families and all they needed for the upcoming celebration. This was also the second time Rashna had awakened tonight. Rashna took a long drink of water. “Thank you, Mama.” Miriam whispered, “Darling, tell me again about what you see in your dream." She patted the straw mat and tried to lay her daughter down without making too much noise. She didn’t want to wake her husband Reuben and her sons. They worked hard in the heat every day with the animals and their crops. Before Reuben inherited the farm from his father, he just knew the fields weren’t yielding their potential. Reuben learned the basics, then watched the men before him work year after year on the land. When it was time for Reuben to step up and take over, he created a precise system of farming that his three brothers still followed and was the method they were teaching their sons. Reuben turned the sad little farm into the biggest barley and wheat producer in the area. It took every extra hand from home and Reuben also had help from surrounding homes. Naturally, the family also raised the animals vital to their needs and those animals always had to be tended to. Besides the physical labor just on the farm, a lot of water had to be collected for the people, crops, and animals to thrive.

Reuben had men whose jobs were just bringing in barrels of water all day long. The secret was where he got the water. Somehow, depending on where it came from, made the difference in how well each crop produced. It was a life of hard work, but everyone used barley and wheat, so those crops were continually harvested. Miriam gently brushed the stuck hair from Rashna’s damp cheek and straightened the collar around the neck of her nightgown. She could feel Rashna’s thundering heartbeat and felt her trembling. She knew she had to calm her daughter. Rashna was fidgeting with the tiny hole in her blanket and then realizing, she stopped, not to make it bigger. Someone would already have to stitch this hole. Miriam saw she was nervous and realized again the mistake she made in brining Rashna along with her. It consumed Rashna’s thoughts during the day, because she had become withdrawn and now the daytime’s horror crept over into nighttime. Once Rashna felt safe, she started to remember why her mama came to her bed and her heart thumped one noticeable beat harder than usual. “I’ll take the cup sweetheart and be right back.” Rashna handed her mama the little brown cup.

“Scarlet” tells the story of Jesus’ crucifixion through a family, and especially through a ten year old girl named Rashna. She meets Jesus, hears speculation of His reason for being in Jerusalem, befriends Him, and then is witness to His death. She meets Jesus’ mother and her friends, and Mary explains a great deal and gives the reason Rashna and her mother were guided to such a pinnacle moment in history.

Hearing the story of Jesus’ Crucifixion through the senses of a child gives a whole new take on the innocence and simplicity of one of the most chaotic and horroific moments in time. The whole process of His entrance and departure from Jerusalem, although very detailed and so messy, is simple to Rashna. She sees a good man, a friendly man, and a helpful man. She asks all the right questions and the answers are revealed to her throughout the story.