The Body and the Blood

A Biblical Study of Christ and Communion 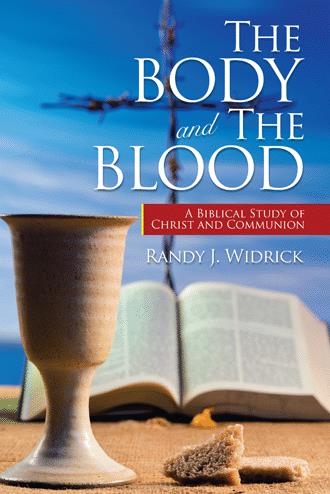 If there is no significance in the flesh of the Passover lamb, why is there so much detail of what to do and what not to do? If the significance of the Passover was only the blood, then the passage inspired by the Holy Spirit in 1 Corinthians 5:7 would state only “Christ’s blood is our Passover,” which would make the distinction and omit His body. But the passage clearly states that “Christ, our Passover,” causing us to look at the entire celebration with the Exodus account giving detailed instructions for both the blood and flesh of the lamb: how to prepare it, what to do with the blood, and what to do with the flesh of the lamb, and who are allowed to participate.

Is Christ our Passover, both the body and the blood? We know the blood was for the forgiveness of sins, which is a vital aspect of every Communion service. What is the significance of the flesh as it relates to Christ? Looking at each part of the Passover feast, let’s see how both the blood and flesh of the lamb are a representation, a shadow pointing to Christ.

The Passover lamb had to be a one-year old lamb, without blemish and without spot, killed at twilight. The prophet Isaiah and apostles Peter and John all refer to Christ as the spotless Lamb:

“He was oppressed and He was afflicted, Yet He did not open His mouth; He was led as a lamb to the slaughter, and as a sheep before its shearers is silent, So He opened not His mouth” (Isaiah 53:7).

“Knowing that you were not redeemed with corruptible things like silver or gold from your aimless conduct received by tradition from your fathers, but with the precious blood, of Christ, as of a a lamb without blemish and without spot” (1 Peter 1:18–19).

In Acts, the Bible says an angel of the Lord spoke to Philip and told him to go south to the road that descends from Jerusalem to Gaza. When Philip arrived, he saw an Ethiopian eunuch, a court official of Candace, queen of the Ethiopians.

He was sitting in his chariot reading the passage from the prophet Isaiah: “He was led as a sheep to the slaughter; And as a lamb before its shearer is silent, So He opened not His mouth. In humiliation His justice was taken away, And who will declare His generation? For His life is taken from the earth” (Acts 8:32–33).

From this account, we see that the eunuch invited Philip to join His chariot and explain the passage, asking, “Of whom does the prophet say this, of himself or someone else?”(Acts 8:34).

Philip, beginning from this Isaiah passage, preached Jesus to him, resulting in his conversion and baptism. These passages and numerous others distinctly show that the Passover lamb is a picture of Jesus, validating the claim that Christ is our Passover; the Passover feast is a “shadow” of the true picture of Christ.

The spotless lamb was to be killed at twilight by the entire congregation, not by just a few people or a small group. This is symbolic of all humanity. No one is born perfect or does not need a Savior. No one can approach God on his or her own merits. When Adam sinned in the garden of Eden, we all sinned in him. Romans 3:23 states: “For all have sinned and fall short of the glory of God.”

The entire human race is fallen and in need of a Savior. It was my sin and yours that caused Christ to die on the cross.

The entire congregation at the Passover feast was to kill the innocent lamb because all of us are guilty before a righteous and holy God, and all of us need a Savior. If only a portion of the congregation were to slay the lamb, the message sent would be that some people could make it to God on their own while others could not. The sacrifice of Christ was for all because everyone of us needs a Savior. Christ was arrested at twilight during Passover. The Passover feast is a shadow; the real substance belonging to Christ.

When the Passover lamb was killed, the Jews were strictly commanded not to break any of its bones (Exodus 12:46)

Fulfillment in the New Testament

We have already established that Christ was referred to many times in the Old and New testaments as the Lamb of God. When Christ was crucified with the two criminals, the Jews asked Pilate to have the legs of the criminals broken so they would die and the bodies would not be on the cross during the Sabbath. The soldiers broke the legs of the two men who were crucified with Christ, but when they came to Jesus, they saw that He was already dead so they did not break His legs.

Therefore, because it was the Preparation Day, that the bodies should not remain on the cross on the Sabbath (for that Sabbath was a high day), the Jews asked Pilate that their legs might be broken, and that they might be taken away. Then the soldiers came and broke the legs of the first and of the other who was crucified with Him. But when they came to Jesus and saw that He was already dead, they did not break His legs (John 19:31–33).

No! A fulfillment of a Messianic prophecy! John clearly states in verse 36: “For these things were done that the Scripture should be fulfilled, ‘Not one of His bones shall be broken’.”

Jesus Christ, our Passover, His body, and His blood!

The Lord’s Supper, also known as Communion, was instituted directly by the Lord Jesus Christ on the night He was betrayed. Wonderful blessings await you, as a believer, by taking Communion according to the Scriptural conditions set forth by the Lord Himself. Do you know them? Are you aware of the connections to the Old Testament Passover Feast? In what situation would taking Communion possibly be detrimental to you? Why is it necessary to examine yourself? These questions and many more are answered for you. A must read for all who desire to learn, believe and appropriate all the blessings of Communion.

The Communion service, ordained by the Lord Jesus Christ on the night He was betrayed is your invitation to an ongoing, intimate, active, vibrant celebration with your Savior.

Randy J. Widrick currently resides in Binghamton, New York, with Josephine, his wife of forty-one years. They have been actively involved in teaching, preaching, writing, and music ministry in churches in upstate New York, Colorado, and Arizona since 1980 and currently are members of Hands of Hope Ministries, Free Methodist Church.