Hollywood's Argument for the Christian God 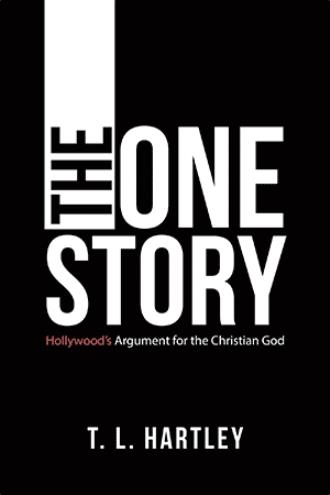 In the battle between good and evil, the hero struggles against terrible odds but ultimately achieves a decisive victory. Returning home, he brings with him the spoils of war to share with his community. Campbell called them “boons,” good things that come as a result of his triumph. These good things can sometimes be as mundane as material possessions—perhaps returning stolen money or coming home with some great treasure to be shared.

Most often, however, the boons are far more substantial. They usually fall into two categories: justice and love.

In Man of Steel, Superman defeats General Zod and saves the world from an existence of dictatorial servitude, preserving the world’s freedom and justice. These are “boons,” good things gained in the hero’s victory.

In Sea Biscuit, the horse saves the owner, the jockey, and the trainer by giving them a common purpose, by bolstering their confidence and by reconfirming their self-worth, not to mention restoring the joy life had stolen from them. Like Superman, Sea Biscuit provides a kind of justice or salvation for the downtrodden.

In Sleepless in Seattle, Jonah introduces his father to the perfect mate, all but guaranteeing his future happiness. Love is the boon.

Of all the boons the hero brings after his victory of vanquishing evil, none is more coveted than love. Perhaps this is why the hero almost always gets the girl.

Like action-adventure films, love stories are a staple in Hollywood. Most people would see these genres as entirely different, but they don’t have to be. While Hollywood works hard to craft separate films for men and for women, it always includes a little action in its love stories and a little romance in its action-adventure flicks. After all, selling two tickets is better than selling one.

Campbell’s monomyth, however, can be equally manifest in either genre, for it speaks to the heart and minds of both men and women.

After Sleepless in Seattle, director Nora Ephron capitalized on the success of Tom Hanks and Meg Ryan’s first film together and gave us You’ve Got Mail. She counted on the couple’s screen chemistry to produce yet another success, and it did. The film is about the inevitability and difficulty of change. The evil to be overcome is not Fox Books but the fact that both people are in wrong relationships and therefore unhappy.

Tom Hanks is the hero, in one sense, because of his perilous quest to gain Meg Ryan’s affection, which is made more difficult by fact that his company put her store out of business. The enemy he must overcome is her anger and resentment.

Ryan shares the role of hero in that she saves Hanks from repeating his father’s mistakes of pursuing meaningless relationships that go nowhere. The victory is that they find each other and that they find love in a meaningful relationship.

The story is fundamentally the same. Evil is overcome, the heroes triumph, and the “boon” gained is love. The film ends as they meet in a park and the mystery of the identity of the man she learned to love online is revealed as the song “Over the Rainbow” plays gently in the background. We assume that both live happily ever after.

I would offer one final example of a love story—in this case, not romantic love but love defined in a broader sense: the love of family and friends. The holiday film Home Alone appears at first glance to be a story of the “lesser” variety. There is, however, far more to this Christmas tale than just the mayhem and pain inflicted on two would-be intruders by a little boy determined to protect his home. Intertwined in all the chaos of this seemingly pointless film is a wonderful love story. Penned by John Hughes, the tale is both complex and thought-provoking as it points to the human need for love and family.

The story is about Kevin and his elderly neighbor Marley, both of whom are struggling with complicated family issues. This is the evil to be overcome. Though Marley saves Kevin from Harry and Marv in the end, Kevin is the real hero, not only because of his great battle against the intruders but more importantly for suggesting that Marley reconciles with his estranged son.

The “boons” gained at the end are not only that the house is protected but that Kevin gains some much-needed reassurance from his family and learns how to better love and appreciate them. Marley’s rift with his grown son is healed, and his relationship with his granddaughter is restored.

In the closing scene, after the bad guys are carted away, the boy is reunited with his family. Shortly thereafter, Mom, Dad, brother, and sister all rush off to different parts of the house to resume the chaos that is their lives. This leaves Kevin alone in the foyer. Noticing something outside, he moves slowly toward the window while John Williams’s beautiful Christmas carol “Somewhere in My Memory” plays gently in the background. Across the street, he spies Marley, who is greeting his son and daughter-in-law on the sidewalk leading to his home. Scooping his granddaughter up into his arms, Marley glances toward the house and sees Kevin looking out the window. Their eyes meet. With one arm embracing his granddaughter and tears of joy coursing down his face, Marley waves the other hand to Kevin, who returns the gesture with a broad grin. Marley sets his grandchild down and, holding her hand, walks back to his house, his son and daughter-in-law following as a gentle snow falls. The hero’s victory is complete, good has triumphed over evil, all that was wrong is made right, love is restored, lives and relationships are redeemed, and the ending is happy, as it should be.

This is Campbell’s story: the tale of a hero bringing justice and love. But where did this amazing story come from? And why does it matter so much to so many people? And why do we tell it over and over again? There are two schools of thought, one secular and one spiritual. In the next two chapters, we will take a closer look at both.

We all have favorite films that make us cry, inspire us, and touch our souls in wonderful but inexplicable ways. The majority of these films share a common theme: a single story of hope and love that has been told and retold in a thousand different ways, always to the same effect. This story points to something we all inherently need or subconsciously long for, even though we don’t fully understand why.

T. L. Hartley explores the meaning behind that story—God’s tale of hope for us all—and why it matters in order to help others discover their part in this grand yet little understood epic. While revisiting the themes and characters from a variety of movies, Hartley draws a distinction between the stories that titillate the senses or manipulate emotions and the ones that challenge the mind and soul, and delves into the origin of certain stories, their meaning, why we never tire of hearing these stories, and why they matter so much to so many.

The One Story offers an inspirational examination of the common theme behind many movies while encouraging others to hope in the mystery of the unseen and believe in the power of the greatest story ever told.

T. L. Hartley has served as an ordained minister with the Christian and Missionary Alliance for over forty years. He holds a bachelor’s degree in theology from Nyack College and a master’s degree in professional studies from Alliance Theological Seminary. His primary focus of study includes; theology, apologetics, history, and popular films.