(A sequel to Bobby) 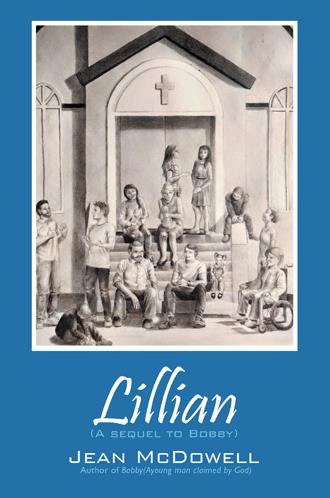 We had a wonderful day at Anna’s home. She turned out to like me as much as much as Bobby; in fact she spent most of the day with Ruthie and me. She even found swimsuits for us and we splashed all day in their pool. It was so different from our home. I felt at times that I was dreaming. Her dad and brother played ball with Bobby, a couple of other men, and two boys from school. Anna was nice to me and gave my sister and me so much attention that I chided myself for thinking she liked Bobby more than she liked me. Everyone was happy there. Anna’s mom was always smiling, and I thought of my own mom with her bruised face and felt remorse about my resentment. Bobby decided that we should go home around four to see if our mother would come. I did not want to go, but he said he had made arrangements for a place for us all to stay and we needed to go pack our clothes and get Mom. I was so excited I walked so fast I almost ran—until we saw our dad’s truck in the driveway. I thought I was going to vomit. We kept hurrying and I could see that Bobby was distraught.

After we went inside, things got weird. My dad was packing a bag. My mom was still asleep. My dad grabbed Ruthie and put her in the truck, and then he tried to pull me in as well. I resisted and with Bobby’s help got away. I was so scared. Bobby lifted a screaming Ruthie out of the front seat and carried her back into the house. My dad was so mad I thought he would kill us all. Then suddenly, he grabbed his bag and was gone. He screeched out of the driveway and tore out a shrub at the corner because he was in such a hurry. At least we could get Mom and go. Bobby went to wake Mom. He turned white and ran to a neighbor to have them call an ambulance. I did not know then that my mother was dead from the injuries inflicted by my dad. Soon the paramedics arrived and then the police, who were quite mean to Bobby. I was scared and Ruthie was trembling again. I wished my dad were dead; I would have killed him myself at that moment. My mother was dead and I had been mad at her for not making pies. I had not even kissed her goodbye. Now she was dead and gone forever,

My mind was in such turmoil. I was unable to think straight. I was unaware of what was really happening until a couple of hours later. Bobby, Ruthie, and I were taken in a car to a large building and Ruthie and I were taken to a long hallway. The social worker opened a door and told me to go inside the room. I was left alone in that room without explanation of any kind. I was so tired I just sat on the bed, numb. Bobby appeared and told me to wait until all was quiet and then go next door to get Ruthie or stay with her in her room. He said she was right next door, and they were taking him to another part of the building but Ruthie was not allowed in the same room with him. He knew Ruthie would be terrified so he asked me to do this for him. He was very emotional and I agreed to do as he asked. Then he joined the social worker who had been in Ruthie’s room and walked away. I waited for a few minutes after Bobby and the social worker left and then I went into the room next door. I felt so sorry for my little sister and knew she understood less than me about what was going on. I held Ruthie until she fell asleep, then I climbed into bed beside her and fell into a troubled sleep full of chaos and bad dreams.

The following morning I was awake before the social worker came. She brought Ruthie and me to a large office where we waited, holding each other’s hands, until a nice woman took Ruthie’s hand and led her away. Ruthie walked slowly looking at me with fear in her eyes. We never even said goodbye and I never saw her again. I was taken along a hallway to another room and there I stayed for an hour or two reading magazines. Then a man and woman came in with a girl who was about my age. I had seen her in school but did not know her name. They took me home and told me they were my new foster parents. I had my own room and it was nice. I asked about Ruthie but they did not know anything. I was torn between worrying about my sister and really liking my new home. I made myself believe that Bobby had abandoned us, that Ruthie was in a home like this too, and that I should just enjoy my new home. I had a fleeting thought that this was God’s answer to my prayer, but it was fleeting and I never thought too much about God for a long time after that.

My new parents were kind, not loving like my mom but kind and generous. They had my hair cut and styled the same as their daughter; they bought me new clothes. I was able to go back to school and be with the popular girls. I liked that. One day I saw Bobby and he nearly squeezed the breath out of me. I was somewhat embarrassed and when he started telling me he had plans to get Ruthie and me together and go live somewhere, I told him I had to go to class. I felt bad but I did not want to give up my new life. He looked so hurt I almost went after him, then changed my mind and ran after my friends. Every time I saw him after that, I would go in the opposite direction. One day he cornered me and told me he missed me and wanted to talk to me. I told him to get lost because I had new friends and a new home and did not want to be reminded of my former one. I turned and walked away from him. I knew he did not deserve that because he had always done what was best for me, but I did not want my present situation to change. He shouted after me that he would always love me. I did not even tum around or acknowledge him. I never saw him again either.

Bobby is a young man born into a family ruled by a hateful, abusive father. He loses track of his siblings but, by the grace of God, eventually reunites with all of them—except his oldest sister Lillian. Their Christian mother did not survive the vicious abuse of their father, so Lillian ended up in foster care, but even her foster family abandoned her due to an unplanned pregnancy.

Lillian’s life changes when God sends her a loving, faith-filled woman, who finds herself lonely after losing her husband. Lillian’s new friend nurtures her and treats her as her own daughter. She invites Lillian to church, where Lillian learns about Jesus and His saving work on the cross.

The Holy Spirit works in Lillian’s heart and reveals to her that she is a sinner in need of salvation. Her life is transformed, and she soon realizes the reason her mother always prayed for her children. God, in his infinite mercy, has chosen Lillian to be one of His own. God doesn’t always do the things we ask of Him in the way we expect, but He always works for the good of His children.

Jean McDowell started writing after she retired from her nursing career. She was born in Northern Ireland and married her pastor sweetheart Jim. Jean followed him from country to country, congregation to congregation, and then from state to state in America. They now live in Duncan, Oklahoma. The Lord has led Jean to give all income from this book to Charis Pregnancy Help Center, where she was a volunteer.