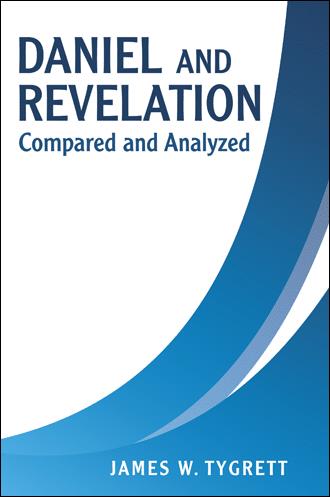 When He opened the seventh seal, there was silence in heaven for about half an hour. (Revelation 8:1)

The only reason heaven will stop worshipping Jesus would be when Jesus, in His full essence, steps out of heaven. Then worship would stop or pause. There is only one scriptural reason Jesus would step out of heaven: to come and get all believers and the church of the believers. John did not have a clock in heaven, but he estimated the time. Time is not a factor in heaven.

Immediately after the tribulation of those days … they will see the Son of Man coming on the clouds of heaven with power and great glory. And He will send His angels with a great sound of a trumpet, and they will gather together His elect from the four winds, from one end of heaven to the other. (Matthew 29a, 30b, 31)

Jesus is letting us know that immediately after the sixth seal, He is coming back to gather His elect in the seventh seal.

Mark 13:24 tells us about the tribulation and the events that fit the sixth seal. Mark 13:26 uses the same phrase as Matthew: “Then they will see the Son of Man coming in the clouds with great power and glory.” Jesus is coming down to the clouds in the sky of the earth, which was the same way he was taken up into the clouds (see Acts 1:9). Jesus will have left heaven to come get all believers, causing the worship in heaven to pause while He is out.

The Holy Spirit records this event in Matthew and Mark. The gathering of believers from heaven who have been reunited with their bodies will be gathered with all believers on earth and will make up the raptured saints who come before the throne room of Almighty Father and Jesus, His Son.

The silence in heaven fits the timing of Jesus coming to the clouds of earth and the Rapture of all believers right after the discipline by tribulation (Matthew 24:29 and Mark 13:24). This great multitude of believers or saints is recorded in Revelation 7:9.

Mark uses the phrase “farthest part of heaven.” Matthew uses “from one end of heaven to the other.” Both mean that believers will be gathered from all of heaven and all of earth. John is told that the great multitude is from all nations, tribes, peoples, and tongues (Revelation 7:9, 14). This multitude, before the Father and Jesus, is all believers from all humankind, including the Old Testament and New Testament. That is why no one could number them.

Mark says, “and gather together His elect.” Matthew says, “They (angels) will gather together His elect.” The elect is all those who repented and worship God the Father in the Old Testament and those in the New Testament who worship Jesus. According to Jesus, the gathering of His elect will take place right after the final tribulation of the church, which is made up of believers who are serving Him. The angels gather them from all the places on earth and all the places of heaven! The great multitude before the throne of God are all the redeemed of all humankind, including Jews and Gentiles (see Revelation 7:9–17).

In Acts 1:9, as Jesus was talking to His disciples, He was taken up and disappeared out of their sight:

This same Jesus, who was taken up from you into heaven, will so come in like manner as you saw Him go into heaven. (Acts 1:11)

Jesus is coming back to earth in clouds—just like he went up—and He is coming as close as the clouds.

Jesus said, “And if I go and prepare a place for you, I will come again and receive you to Myself; that where I am, there you may be also” (John 14:3). Jesus repeats it in verse 28.

Therefore, the seventh seal is silence in heaven because Jesus leaves heaven to receive all believers in the Rapture of the church!

Tribulation is what God uses to discipline believers for their spiritual maturity. The word “tribulation” (thlipsis) is never used in scripture for the judgments and wrath of God.

The word Rapture is not recorded in scripture, but the teaching is very clear. Those under the altar in the fifth seal wait for a while longer. They join the great multitude before God the Father and Jesus the Son at the seventh seal. This is the only multitude of believers recorded in heaven, and it is in chapter 7. In our review of chapter 7 of Revelation, we see that the great multitude in heaven is all believers of all time.

Have you ever wondered how the book of Daniel in the Old Testament could be put into a comprehensive interpretation of future prophecies with the Book of Revelation in the New Testament? This book does that for young people and adults. It proves the rapture of the church is before the traditional Great Tribulation. Get answers to questions such as: • How can we distinguish God’s anger, judgments, and wrath from each other? • Who does God punish and why? • How do the seven seals of Revelation lead up to the rapture of the church? The events in Revelation are lined up on a timeline to show the timing of each event. Readers will learn where the Antichrist gets his power and why we may be witnessing the last gentile government. While we cannot claim to know all prophecies, we can know that God has everything under control. He will fulfill His plan regardless of what we may think will happen. There is perfect peace in knowing this fact.

James W. Tygrett grew up in Ohio as one of six children. He accepted Jesus Christ as his savior at age seven. He earned a bachelor’s degree in business, majoring in accounting, and a master’s degree in biblical literature. He has three adult children, six adult grandchildren, and six great grandchildren.