They Call Me Tess 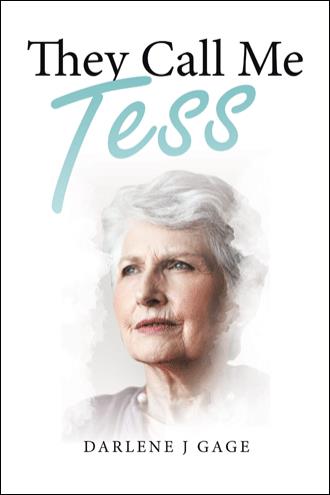 Sara turned her head and peered at the clock by the bed. She was surprised to see it was almost six thirty. Her sleep had been long and deep, not the usual tossing and turning.

As the fog of sleep faded, a sense of anticipation took its place. This day would somehow be special. She couldn’t recall the last time she’d been excited about a new day.

Her mother had died six months earlier. While she was still able to talk, she’d told Sara that she had been adopted. The shock had settled into the core of Sara’s soul. For years, she’d felt something was not quite right.

Sara knew she didn’t look like either of her parents, but it was explained that she resembled a relative from generations ago. How her adopted parents could keep this secret from her was mind-numbing. Did this have something to do with her feeling alone and abandoned?

Enough of this! I’ve got to focus on the present, not the past. I need to move on.

She went into the master bathroom to get ready. The mirror she stood in front of reflected an image of an attractive woman. It amazed her she would soon be forty. Where have the years gone? she thought as she brushed her thick, wavy hair. The blue eyes staring back brightened as she thought about the day.

“Enough daydreaming!” she shouted, hurrying down the stairs.

Once downstairs, she put the coffee on and waited for its tantalizing aroma. For years, her day had started with the sweet elixir. She smiled, thinking about her father and how he called it the nectar of the gods.

With the first sip completed, she took her coffee into the living room. She grabbed the newspaper from the day before and opened it, not surprised to see the usual bad news splashed across the front page.

The feeling from that morning came rushing back, almost making her spill her coffee. It was as if someone was telling her to stop with the morning routine and get on with the day. I must be losing it, she thought as she tried to get interested in the newspaper.

Suddenly, the thought from earlier crowded its way into her mind again. This time, she didn’t fight it but got up and walked over to the living room window. Looking out over the front lawn, she saw something lying on the grass, not more than six feet from the front porch. Slowly she moved to the side window next to the front door and peered out. It was a body! She rubbed her eyes to erase the image, but when she looked again, it was still there. She hadn’t imagined it!

She stood frozen. I must be hallucinating. What should I do? she thought, then opened the front door and tiptoed outside. Walking hesitantly, she moved closer to the body.

That area of the lawn was still shaded, making it difficult to see, but light enough to make out the form of an old woman dressed in worn and dirty clothes. Her white, straggly hair was spread around her head, hiding her face. Sara slowly moved closer to the body, wondering whether the woman was dead or alive.

When she stretched out her shaking hand to touch the body, it suddenly moved! She jumped backward, almost falling. It was as if the devil himself had reached out to grab her. Well, that answers one question. She’s alive!

Sara Richardson, a middle-aged clergyman’s wife, wakes up one morning with the thought that something out of the ordinary was going to happen. As she carried her coffee into the family room, the thought from earlier almost made her spill her coffee. She was told to go to the window near the front door, and look out. Not wanting to disobey what she thought might be a message from God, she does what it asked. The spot nearest the door was still in the shadows. As her eyes adjusted, she made out what appeared to be a body lying just feet from her door. Not believing what she saw, she closed her eyes then looked again. Sure enough, there was a body! It was an old woman, lying face down, her long white hair spread around her face. Who was this old woman and what was she doing on Sara’s front lawn? Was she alive, or God forbid dead? Follow Sara’s journey as she takes a leap of faith into doing what God asked of her, with no questions asked.

Darlene grew up as a PK, (preacher’s Kid). Her future plans did not include repeating what her childhood had been - moving frequently. God stepped in and changed her life forever. That life is the foundation for her book.