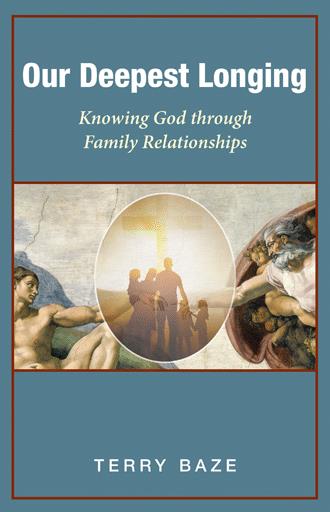 A few years ago, my wife, Becky, and I took a little trip to the Smoky Mountains in eastern Tennessee after visiting friends in Kentucky. It was October, and the fall foliage was magnificent. The colors were dazzling. The weather was beautiful and cool. It was idyllic. Early one morning at breakfast, we decided it would be great fun to take a three-mile hike up a mountain trail to see a waterfall. The hike that day happened like so many of our choices in life have been—impulsive and without much forethought or preparation. While we have enjoyed hiking occasionally through the years, we were still very much novices. We each carried a water bottle, and that was about it.

The first part of the hike was wonderful. It was exciting to be surrounded by such beauty and so many wonders of God’s creation. It was as if the rays of the sun shined through the thick forest like lights from heaven itself, letting us know God was watching us. The path occasionally led us by a small stream, which had dug out a little gorge among the moss-covered rocks. The sound of the water rushing down the mountain toward the valley below broke through the silence of the forest with incredibly therapeutic and peaceful echoes.

After a while, the wind picked up, clouds rolled in, and it began to rain softly. We didn’t really mind. It wasn’t a downpour, and the sound of the drops was pleasant as they gently pitter-pattered on the bed of leaves covering the forest floor in a kaleidoscope of brilliant colors. The rain persisted, however, and soon we were wet and cold. At about the same time, the trail became much steeper and more challenging than we had anticipated. This was my first attempt at a hike since major foot and ankle surgery, so I had to walk considerably slower as the terrain became more demanding.

The hike was taking quite a bit longer than we expected. The wonder of the glorious scenery around us, the adrenaline of the excursion, and the initial excitement of conquering the trail faded away into work, pain, and concern. At one point we realized we didn’t have enough water with us, so we began carefully rationing what little we had left.

On top of all that, when we finally made it to the top, the waterfall was rather disappointing. We rested for several minutes as we sat in the rain and talked about our lack of preparation. And our conviction that such a strenuous hike should at least result in a breathtaking reward instead of the puny cascade we were looking at.

The trip back down was difficult, treacherous, and not much fun for me since the pain in my ankle only intensified. What had started as an exhilarating outing became demanding and stressful. Once we made it back to the car, we collapsed in exhaustion. On the drive back to our cabin, we discussed what we would do differently on our next spontaneous adventure.

Later, as I reminisced on our little misadventure, it occurred to me that some things in life are like our experiences during that hike in the Smokies. We often start things with exuberance, anticipation, and hope, yet we also may be naïve, unprepared, and ill equipped. As a result, we end up disappointed. It can be that way with relationships as well. Marriage is like that at times. Parenting too. And even friendships. Sadly, in time, many people find their search for a relationship with God to be disappointing, and they stop searching and never find the very One their hearts need and long for.

Through his life experiences, author Terry Baze has come to realize the most significant aspect of anyone’s life is how it interacts with and is affected by God. In Our Deepest Longing, he shares parts of his long journey into a deeper, more intimate relationship with God, encouraging other Christians in their efforts to connect with him.

A unique combination of Biblical reflection and therapeutic advice, Baze chronicles the things he’s learned about developing intimacy with God through the dynamics and details of his family relationships. He believes God purposefully designed the family to help explain His person and character and to help reveal the nature of his relationship with Him.

Our Deepest Longing offers insight into Baze’s experiences to help others foster a deeper, closer walk with God and benefit other relationships throughout the journey. It shows how God reveals himself to us through the family unit.

Terry Baze has faithfully served in God’s kingdom more than forty years in Texas, Missouri, Louisiana, Mexico, and Russia. He has been an evangelist, church planter, minister, pastoral counselor, and pastor/elder. Baze earned a bachelor’s degree in New Testament studies and a master’s degree in pastoral counseling and currently is an elder and pastoral counselor at Irving Church, Irving, Texas. He is a husband, father, and grandfather.