A Bible Study on the Parables of Christ 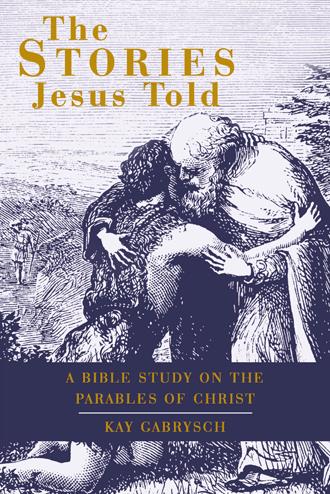 Welcome to a Bible study highlighting the very strategic storytelling of the Lord Jesus Christ. As Jesus spoke to the crowds, exhorted the religious leaders, and gathered his disciples, he utilized parables, stories with often hidden meanings but intentional points, over one-third of the time. Often the parable would be in response to an accusation made against him. Sometimes there would be an explanation of the parable given to his disciples. But always the purpose was the same: to sift his audience. Always his intention was that those who “had ears to hear” his stories, those who were truly listening carefully and trying to understand his words, would reorient their lives, rearrange their priorities, and follow him as kingdom citizens. Jesus often taught the parables in what has been referred to as a “window/mirror” format. As he began to tell the story, he was inviting his hearers to look out an imaginary window and watch the intriguing narrative unfold. As he further engaged his audience, drawing them more and more into the story, it was as if, at a crucial point, he held up a hypothetical mirror to compel these listeners to see themselves in the narrative. He clicked on the zoom button, brought the situation into focus in his hearers’ lives, and called for a response.

The kingdom Jesus was inaugurating would begin the restoration of the entirety of human life for its citizens. Those who became kingdom citizens would be Christians living in the midst of a culture that was in opposition to kingdom values. Jesus never told stories for the sake of entertainment but with the intention of spiritually and morally forming those who would live well as his followers. With every story, he displayed for his listeners’ assessment situations, events, and characters who were either praiseworthy or blameworthy. In the parable of the Good Samaritan, for example, the Samaritan’s actions were completely inconsistent with those of the religious leaders in the story, who had willfully ignored an individual in desperate need. In the Samaritan, Jesus painted a comprehensive, visibly contrasting picture of a man who knew that he was called to function in the world for the sake of the world, who was called to love his neighbor as himself.

Jesus told stories because human beings are storied people. We all live out of the story about God, ourselves, and his purposes for his world that we have told ourselves. Jesus invited his listeners to place themselves inside the Bible’s story, never the other way around. His desire was for those who followed him to understand that they would be committing themselves to the responsibility of living as a kingdom citizen, according to the King’s purposes and under his authority.

As you read, study, and thoughtfully answer the questions on each parable, look for the unexpected truths Jesus is proclaiming as he invites his hearers to fit themselves into the Bible’s kingdom story. Be aware of the ways in which he is pushing against the cultural and religious corruptions of his time. As an attentive reader, be alert to all the ways Jesus is teaching that the kingdom of God, which has come in him, is completely antithetical to the world, its ways, and the Jewish expectations of that time. As you spend time studying the stirring stories that the Lord Jesus told, pray that you will be the one whose perceptions and directions are changed so that you think and act in accordance with the King. For the King, Jesus of Nazareth, has promised that “Blessed are your eyes, for they see, and your ears, for they hear” (Matthew 13:16). May that blessedness be yours as you open the parables and see the King in all his beauty.

In The Stories Jesus Told, teacher Kay Gabrysch presents study questions to equip and encourage you to align your mind and heart with the kingdom ethics Jesus taught in his parables. Appropriate for individual use or small groups, this 12-week study explores how Christians are to think Biblically about how the Kingdom of God challenges our present-day thinking. The questions lead to a conversation with Jesus in which the Lord himself reveals both the privileges and responsibilities of those who call themselves Kingdom citizens.

This is a tremendous study for any adult, alone or with a group. Kay leads us through a careful interpretive process in order to learn deeply from Scripture. Each lesson ensures we observe the text carefully and reference other passages to aid in making theological conclusions. With well-researched notes on the original culture and language, Kay helps us check our biases and assumptions. Then, she provides ways for us to respond to what Jesus is teaching in our daily lives; we see ourselves in God’s Story and in his Kingdom work.

I am thrilled that Kay Gabrysch has published another study guide that helps lead women to a better understanding of God’s Word. Her questions and teaching points help to make these parables come alive. We see how Jesus taught to reach hearts and transform them through the use of stories. Do you want your women to know Christ? Study the parables. When our women did this study, we found that it helped all of us, young and old, new believer and mature believer, understand the heart of Christ in new and fresh ways. And, more importantly, we are different women because of Christ’s revelation of Himself through the parables.

In this life stirring study, Kay allows us to grapple with Jesus’ own words. An astute student of the original context, we learn with Kay to discern Jesus as the Bible presents him. Through Jesus’ own stories our hearts are reshaped and formed as we experience and offer his wiser love in the real world.