Crushed, But Not Broken 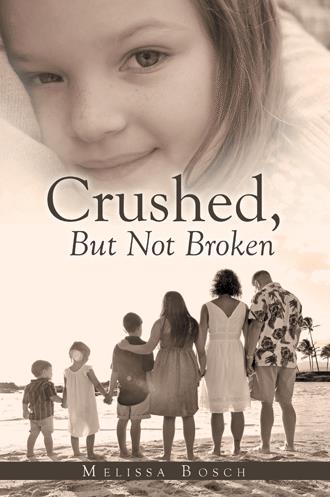 Beloved, do not think it strange concerning the fiery trial which is to try you, as though some strange thing happened to you; but rejoice to the extent that you partake of Christ’s sufferings, that when His glory is revealed, you may also be glad with exceeding joy.

Life is hard and, all too often, completely unfair. Well, at least it is in our eyes. We did all the right things, gave up the bad, and tried hard to be the people we thought God wanted us to be. We went to church, prayed over our kids, and walked in a manner that would make any Father proud. But then it happened. The earth broke apart, and we fell hard into a deep cavern of tragedy. We cried and screamed and pleaded with God to help, but we felt alone, lost, and mostly betrayed. I thought Christians were protected from all this. But then the questions started. Did God do this? Did He allow it and not intervene? Did we do something to deserve this? Everything we believed about who God was came into question.

Learning about God is much different than experiencing God face to face. Preconceived notions, lessons taught in Sunday school, and guilt piled on from years of thinking God just waits around to punish us—that was all hard to overcome while struggling to pull myself out of the despair I was in. Eventually, all the walls of lies came crashing down, and the true character of God broke though the thickest of lies and chaos. God is love. God is good. God never fails.

I struggled for years over what it meant to be a faithful Christian. I found myself telling God I was ready to have my faith tested after watching a television program about Christians who found themselves dying from cancer. Their faith never wavered, even when modern medicine failed and miracles never came. I wanted that kind of faith. But how do you know you have it without being pushed into the greatest test of your life?

I quickly learned that being Christian isn’t a magical cloak that protects us from pain and reality. It definitely doesn’t mean we get to tell God how things are going to turn out or how He should take away our pain. Being Christian doesn’t mean we get first dibs on healing, while unbelievers have to wait. Being Christian means experiencing all the hard feelings of pain, sadness, despair and even loss. Without those feelings and experiences, our faith would never grow, our character would be left untested, and our ability to relate to others would be almost impossible.

While fighting for the life of our daughter, I found God—not the god people try to put in a perfectly sized box who only reacts with anger and punishment. No, I found the One who holds all the answers and is working everything out for our good. I found the God who cares about us more than we can ever imagine; the God who doesn’t desire perfection but, rather, relationship and communion; and the God who carries us through the valley, even if we are too blind to see Him holding our hand and dragging us through the mud.

While we lived in the ICU for nine months, I watched some children die, yet others would miraculously walk away like they had never been never sick. Why some children die and others don’t is so beyond my comprehension. All death is wrong. But that’s just it. We live in this fallen world with sickness and death all around us. How we approach and respond to the pain and suffering are what ultimately matter. How we choose to fight matters. But most of all, when we ask God what He wants and submit to His answer, that is the life changer.

I fought for our daughter every way I physically knew how, except the way God wanted me to. I found myself blaming God, even hating Him, but God was already there, in the future, working it all out. It was me who was doing it all wrong. All I knew was that through all the pain and suffering, making everything harder than it really was, I finally gave up. I couldn’t go any further and found myself crushed and hopeless. I became so hurt and so filled with despair, I was barely recognizable from the woman I was before. But God found me and put me back together. The Creator of the universe picked me up and molded me into what He wanted for me all along—someone who would know God so intimately that not even death itself could separate my faith in Him. A faith so strong that I would never be intimidated by fear again.

Every single person involved in the fight for our daughter’s life was changed. We all played a part, and we all experienced God’s faithfulness differently. But this is my story. This is how I found the love of God deep in the Valley of the Shadow of Death. Every heartbreak, every disappointment, and every tragedy crushed me into a million pieces. But just like the jar of clay, I was crushed but not broken. Nothing is ever too far broken for God to restore—nothing.

Crushed, But Not Broken is about unyielding faith, determination, and a desire for truth.

After breaking her arm playing on the monkey bars, Emmy began behaving strangely over the next three months. Not fully understanding what was happening, Missy continued to homeschool her four kids and take them out, including to the local pool in Smithfield, Virginia.

What started as one of those normal days at the pool, however, ended with Emmy on a ventilator. Ten days and dozens of tests later, she woke up from a medically induced coma—physically disabled and with an inflamed brain.

Emmy’s doctors put her through multiple medical procedures, some almost killing her. As Emmy’s brain continued to deteriorate, her parents finally got the doctors in Virginia to send her to Boston Children’s Hospital to search for a diagnosis and cure.

Despite all the hardships—as well as the hardships yet to come—it was the promise of God’s goodness that kept Missy seeking answers to get the help and healing her daughter needed.

Melissa Bosch, a native of Montana, joined the Air Force at age nineteen. During a deployment to Turkey, she fell in love with fellow aircrew member, Randy. After spending nine years as an airborne communications specialist and master instructor, she decided to stay home with their children and discovered the beauty of homeschooling. She earned a bachelor’s degree in organizational leadership and a master’s in public administration and is an original founding board member of Omni Academics, Inc., which works with community members to help children receive a quality education, regardless of learning deficiencies, financial status or location.