China: Coronavirus and Loss of Freedoms 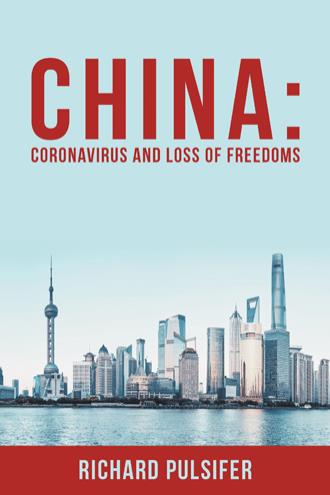 The Chinese Communist Party and Premier Xi Jinping have impeded the flow of information about the coronavirus starting wth SARS 2003 and continuing with COVID-19. A heavy level of party bureaucracy is largely responsible for this. In the case of SARS 2003 there was a four month delay. China infiormed the World Health Organization in February 2003. With COVID-19 the genome was shared on an open platform on January 11, 2020. On the other hand, early human to human spread was known by some labs and hopspitals in December 2019 about a month before the official lockdown of Wuhan, and two months from the first case in November. The matter of where did the virus come from. Scientists are divided between positions. Did it come from an infected animal as did earlier ones of from a leak in the lab? The party tend to look down on minorities especially Tibetan Buddhist who immolate in protest over the loss of their cultural heritage. A few Uyghurs have taken to attack and the party sees this as an opportunity to arrest and imprison over a million. Temples, mosques and monastaries have been infiltrated with informers. They have been fashioned into Chinese verions with crosses, minaretes or domes removed. Others have been destroyed when minor repairs were needed. Christians have been imprisoned for not installing cameras so that sermons could be reviewed by the party. Nevertheless their are still oppotunitiues to serve in

The book examines; the origin of the coronavirus, history and theories, the loss of freedoms for Tibetan Buddhists, Uyghurs, the people of Hong Kong and Christians throughout China. Views are included from Chinese sources, scholars living among the people, and congressional testimony as well as other reporting.

With the Omicron variant of COVID-19 still hanging around in the United States and China it is essential that we review the past. We see a pattern of bureaucratic delay in reporting from four months with SARS 2003, to only a few months with COVID-19. However, the shorter time still allowed for spread of the virus through China, and the world. Possibilities exist that the virus was around as early as October, and lab reports of infected patients were sent to hospitals in December confirmed human-to-human spread. Both theories of animal to human spread, and lab leak remain viable today.

The loss of freedoms includes the attack on the cultures of Tibetans by the de-emphasis of Tibetan language in schools. It further took the form of a stabilization program where thousands of informers were sent to monasteries and mosques. Tibetan resistance took the form of immolations. For the Uyghurs, a few “terrorist” events were met with “reeducation”, cruel imprisonment as confirmed by Chinese officials. In Hong Kong , the right to decide for themselves was taken away with a new law forbidding demonstrations, punishing pro-democracy demonstrators, and requiring Communist Party approval of all candidates for Hong Kong’s parliament. Over a few decades, the crosses of churches have been removed, some churches that required some minor repair were totally destroyed, and all others were required to install cameras. Religious symbols in the homes were to be replaced with photos or other symbols of Mao or Xi Jinping.

The United States is not without means of addressing these issues. To address the coronavirus, a symposium might be established to include principle theories of animal transfer and lab leak. Steps may also be recommended to China and the WHO to monitor more closely wild animal farms and the markets where they are sold. Regarding lab leak, major labs especially those dealing with gain of function research may add increased safety and monitoring measures.

Turning to the loss of freedoms, the United States might want to take further steps of the Magninsky Act to add further more names of oppressors to the list. In addition greater awareness is needed of products being manufactured through forced labor from shirts through sneakers. Those companies that are contributing to sophisticated monitoring equipment should be informed of how they are empowering China in the area of surveillance. Finally, more Christians and others should participate in programs where there is a listening ear such as teaching during the Summer English Program, and also to donate bibles.

The author was raised in Newport News, Virginia where he attended public schools. After graduation he joined the United States Air Force and learned Chinese Mandarin. After service he attended The American University and received a BA degree in economics. He then had a career with the Defense Intelligence Agency retiring in 1989 to attend Southeastern Seminary and received a Master of Divinity degree. While at DIA he was active in to Toastmaster International, improving his speaking and leadership skills. After a short visit to China he followed up with visits to deliver bibles and teach English as a second language. He has previously written articles for the Oxford Public Ledger, and completed an ancestry study which was published for close relatives.