Dying In the Wilderness 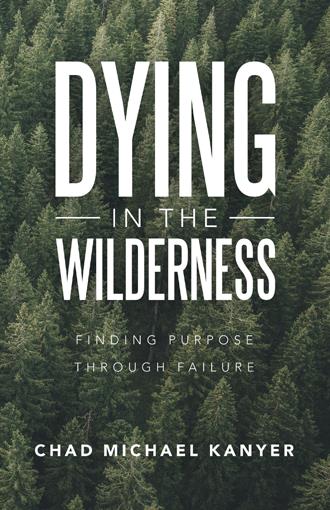 When I finally released control over my ideas, my palms finally stopped sweating, the ideas reclaimed their original glimmer, and the mantle of my mind became far less cluttered.

When I released them from the clutches of selfish, stressed-out captivity, I received so much more in return. A peace. A freedom. A front-row seat in the theatre of life, watching better-equipped characters turn my ideas into brilliant realities, and because they loved working on them, not because I asked them to.

Our next breath and our next idea should have something in common; they’re both pulled from a space we only partially understand and could never “own.”

What if you were to trust the growth of your next idea like you trust the availability of your next breath? Both come from an infinite Ideator that has far bigger, better, and more beautiful plans for our lungs, businesses, and hearts than we could ever have.

Against our selfish nature, we must release control to that Ideator, as it provided the idea and will never fail to provide for it.

Let’s clear our mantles, allowing our ideas to exist and evolve and enchant the world without the limitations of our broken selfishness.

Release control of your ideas if you want to see their full potential.

Since he was young, Chad wanted to be an entrepreneur, but college debt, delays, and doubts prevented him from “taking the leap.”

Seven years later, despite being a new husband and father, and living in a new city, he felt it was time to cast off the controls of his “cushy job” and leap into the exhilarating and edifying world of entrepreneurship, where he would finally have the freedom to create, connect, and find his unique purpose. While he did find purpose there, it was only by enduring and experiencing unimaginable lessons about himself, our culture, and God.

These are the lessons he learned in the wilderness.

Chad grew up in the Seattle area but ventured east to attend Carnegie Mellon University (B.S., Business) which led to a career in Fortune 500 Technology Management and a secondary degree (University of Virginia, M.S., IT Management).

Pulling from his own scars and successes in career and life, Chad equips and encourages people to find their unique purpose. He does so through books, speaking engagements, and his podcast, the Saddled Stallion.

Chad lives in Virginia with his sassy wife and their three crazy, hilarious kids. He enjoys family hikes, football, and his wife’s paleo desserts.