Finding Hope, Support, and Peace for Your Autistic Child 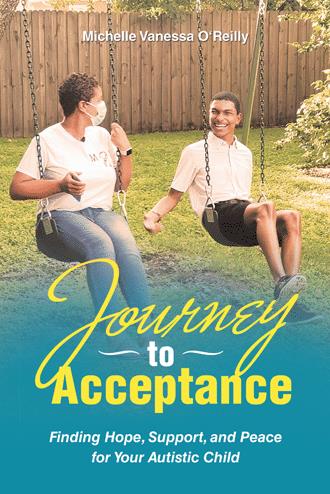 Saturday started out beautifully. Justin’s respite caregiver was scheduled to arrive at 9:00, but Justin was already up by 8:00, very stinky and begging for his shower by trying to get me to undo the zipper of his backward onesie. We put the zipper at the back so he couldn’t unzip it. We had started to make him wear those so that he couldn’t undress himself and make a disgusting disaster of the bathroom before we woke up. He seemed like he would cooperate today, unlike other times when I’ve had to wrestle with a grown man to bathe. I bathed and dressed him for church, his respite provider came, and we left.

Church went well, and Justin sat next to me. He enjoyed the music, danced when the praise team sang, and was nicely sitting through the sermon. All of a sudden, he reached over and hit me hard in the head. His caretaker quickly traded seats with me to put a barrier in between us. He attacked her too. The rage in his eyes was palatable. He was grabbing her hair and pulling it very hard. I could not get his hands free no matter how hard I tried. The people in the surrounding benches were absolutely horrified as they looked on and gasped, not knowing what to do. Some quickly said, “Stop! That’s your mother!” Justin continued. Luckily, we were sitting toward the back of the church and the deacons were nearby. They quickly sprang into action and pulled him away, still screaming and wailing. I quickly gave the provider my car keys. I could feel everyone’s eyes on me, but somehow I did not feel judged. I stayed in my seat. The congregation seemed to understand and were very supportive. Mommy followed the deacons outside. Three grown men were needed to keep him in a chair in the church foyer. They decided to put him in the car and put the child locks on. He was still really upset by the time I came out of church thirty minutes later.

The caregiver said it was best that we did not get in the car, and she was right. I could see he was still highly upset, and the episode was not finished or subsided. He would definitely continue to attack while I tried to drive us home. We would likely be in a serious accident. I called 911 yet again. They stayed on the line until the police came to the church.

This is the life of a parent whose autistic child is now adult sized, tall, Road-Runner fast with the strength of The Hulk.

Having a child with autism presents many hard questions: What will my child’s life look like if he or she never gains maturity and independence? How will allowing my child to transition to a group home affect the family? What will happen when I can no longer take care of my child because I’m too old? What will happen if my child outlives me?

The good news is that there is hope. If you as a parent become an advocate for your loved one with special needs, you can answer these and many other questions. In Journey to Acceptance author Michelle Vanessa O’Reilly delivers an honest reflection on the life of a mother navigating the challenges of raising an autistic child. She details how embracing God through challenges and sometimes violent aggressions led to a wonderful placement for her son, Justin. She has learned to listen closely to Jesus’s voice as she makes decisions in this journey, and now she seeks to give encouragement and insight to other families who are beginning their own journeys.

In this personal narrative, one woman chronicles how perseverance, faith, and love helped her find an ideal placement for her son, some peace for family, and encouragement for others.

Michelle Vanessa O’Reilly, a native of Toronto, Canada, is a graduate of Oakwood University and Clark Atlanta University. She has worked as an elementary school teacher for over twenty-five years, with an increasing focus on autism and special needs. She resides with her family in Orlando, Florida and has an upcoming companion storybook to Journey to Acceptance, this time for children. She has learned to listen closely to Jesus’s voice as she makes decisions in this journey. Michelle can be reached via Instagram at michelleo13 or on her website at journeytoacceptance.net