The Blessings Don’t Come without Lessons 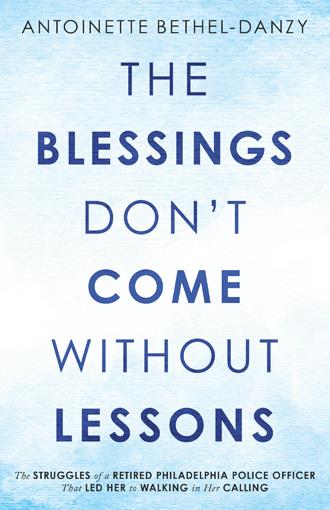 I'm going to be honest, had this pandemic occurred even in 2019, I would've never been prepared for any of what is going on today. I would've probably still been blind, living in this fantasy Christian bubble that everyone was who they say they are and everyone I knew was going to heaven, especially my "Christian" friends and those in leadership. You couldn't tell me that anyone who went to church was going to perish, period. But my new obsession with being in my Word, has led me to come across 1 Peter 4:17 NKJV..."For the time has come for judgment to begin at the house of God; and if it begins with us first, what will be the end of those who do not obey the gospel of God?". How naive I must've been all of these years to have grown up in church, taught children's Sunday school for years and not know that judgment begins and ends with us "Christians"...Gods "disciples"...in Gods house. Why wouldn't judgment start with evil doers, those living in iniquity, missing the mark on a daily basis, INTENTIONALLY, because they don't believe in a higher power (specifically Jesus Christ) or that there is even such a place as hell and they think that they have plenty of time to get it right later while they're out living their best lives, or those that are unbelieving of any negative consequences in the future from the choices that they make today? God's Word is just that and His Word is true. Who are we to question God's business? That's not our business! But the revelations that have come as a result of me building my relationship with Christ on a more regular basis and at a faster pace than I ever have, has been a bit overwhelming, heartbreaking and has led to a lot of anger. Anger specifically caused by so many unexpected experiences thrown my way. Not towards God but towards so many people simply because I don't understand it or them because of who I thought they were and what they stood for. I was ready, but I wasn't!

This book is a collection of poetry and sermons that the Holy Spirit has put on my heart during the different chapters of my life. When I am bothered or my hearty is heavy or if I am just plain excited, I write it. I pray that anyone who reads this book may be blessed from the inside out, encouraged and will be just motivated to keep the faith and to stay on the path of righteousness even when the road gets rocky.

Antoinette is a prime example of how God can still use anyone no matter what you have been through or how many mistakes you’ve made. After almost dying on the job as a Philadelphia police officer, she knew there had to be a purpose for her survival. She took the hurt and pain from losing custody of her first born to being nearly divorced and allowed God to use her to encourage and inspire someone else. No matter what life has thrown at her, she still believes in the goodness of God, spreading love, encouraging others and doing good no matter how much wrong has been done to you.