Words of Encouragement While Awaiting the Lord’s Return

Comments on 1 and 2 Thessalonians 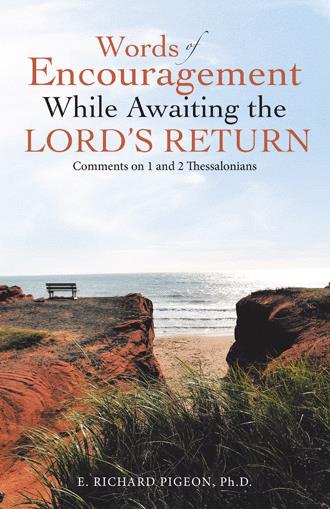 Abbreviations of the Books of the New Testament

Paul’s First Letter to the Thessalonians

I. Paul’s remembrance of the Thessalonians (chap. 1)

Paul’s Second Letter to the Thessalonians

I. The revelation of the Lord Jesus (chap. 1)

II. The appearance of the coming of the Lord Jesus

III. Encouragement from the Father and the Son

V. THE COMING OF THE LORD

In this portion of Paul’s letter to the Thessalonians, two objective truths are placed before us: the coming of the Lord with His own (v. 13, 14) and His coming for His own (v. 15-18). In order to understand more about the coming of the Lord with His own, we must read the first verses of chapter 5 and also the second letter to the Thessalonians. As for the Lord’s coming for His own, or what is often called “the rapture”, verses 15-18 are most instructive as well as those in 1 Corinthians 15.

We will see that the teachings concerning the coming of the Lord transmitted by the apostle Paul are intended to calm the concern of the Thessalonians regarding deceased brothers and sisters. These worried believers will be encouraged by the precious truths that will be revealed to them.

But we do not want you to be uninformed, brothers, about those who are asleep, that you may not grieve as others do who have no hope. (4:13)

As we read this verse, we discern a particular concern among the young believers in Thessalonica about those who had fallen asleep— it is the expression the Word of God uses concerning dead believers. Of course, they were distressed to see loved ones leaving them. But that is not what Paul is referring to here. They were grieved that, having received and accepted this truth of the Lord’s return, the brothers and sisters who had fallen asleep in the Lord would not enjoy this great event of the Lord’s coming with all the saints. But we will see that they did not possess all the truth about the coming of the Lord: at the very least, they were ignorant about those who had fallen asleep. The apostle will strengthen their hope by shedding light on these truths of the coming of the Lord with His people and for His people.

For since we believe that Jesus died and rose again, even so, through Jesus, God will bring with him those who have fallen asleep (4:14)

To understand this verse, we must realize that it relates to the first verses of chapter 5. It refers to the day of the Lord, when He will come to exercise His judgment against a rebellious world, to be glorified in His saints and admired in those who believe (2 Thes. 1:7-10). Then we will accompany Him. Let us note that it is God who brings (brings back, in other translations) with Jesus those who have fallen asleep in Him. We can believe in this coming event as surely as we believe in the death and resurrection of the Lord.

The following verses give us details about the resurrection of Christians when the Lord Jesus comes first for His own —this is the rapture. Some time later (most likely seven years) God will then bring these resurrected believers, as well as those who were alive at the time of the rapture, with the Lord in His day. He will come to establish His millennial reign of peace on earth.

For this we declare to you by a word from the Lord, that we who are alive, who are left until the coming of the Lord, will not precede those who have fallen asleep. (4:15)

The expression “a word from the Lord” means a special revelation to Paul that gives him authority to present the following teachings about the coming of the Lord for His own people, i.e., the rapture. Let us note in verses 15 to 18 the five expressions related to this title of Lord: a word from the Lord, the coming of the Lord, the Lord Himself, to meet the Lord, to be with the Lord. Let us not lose sight of the first place that the Lord will have at this happy moment of the rapture of the Church. Our true hope is to see Him soon when we will go to meet Him.

Therefore, we are happy to be informed about the events that will take place on the occasion of the rapture of the Church. The apostle instructs us about the living who will remain until this first coming of the Lord; they will not be brought into the presence of the Lord before those who have fallen asleep. In a way, the dead in Christ will precede the living by being raised first. All believers will go together to meet the Lord.

For the Lord himself will descend from heaven with a cry of command, with the voice of an archangel, and with the sound of the trumpet of God. And the dead in Christ will rise first. (4:16)

The Lord Himself will come down from heaven to take His own. He has already come to this earth and men have rejected Him. He came down to the lower parts of the earth, i.e., death, but He also ascended far above all the heavens (Eph. 4:9, 10). This joy of coming to seek His own belongs to Him. What a glorious and touching moment when the believers of the Church and the saints of the Old Testament will meet the Lord!

The three instruments used by the Lord to call His own suggest, indeed, that the Church will not be called alone. Of course, the cry of the Bridegroom will be heard for the Beloved: Christ desires to present the Church to Himself, glorious, without spot or wrinkle – or any such thing (Eph. 5:27). Christ is the head of the Church (Eph. 1:22; Col. 1:18): His cry is a cry of commandment. As for Israel, we see the angels playing an important role in their national history. The law itself had been ordained, or administered, by angels (Gal. 3:19). For the saints of Israel, therefore, the Lord will use the voice of the archangel. Finally, all the others who have died in the faith—Abel, Noah, Job, Ruth, Naaman, etc.—will be summoned by the trumpet of God.

The apostle Paul always gave thanks to God for all the believers in Thessalonica, mentioning them in his prayers. He remembered their work of faith, their labor of love, and their steadfastness of hope in the Lord Jesus. His two letters are meant to encourage them to progress even more in a life pleasing to God.

In these letters, the teachings on the Lord’s return, first to take His Church and then to reign, are presented with great clarity. They were meant to comfort those dear believers in Thessalonica, to remove their fears, and to resolve their doubts. We will also find much encouragement ourselves in carefully reading these two letters. The exhortations to lead an orderly life, to live quietly, and to encourage and edify one another are more relevant today than ever. They help us, while waiting for the return of the Lord, “to walk in a manner worthy of God, who calls us into His own kingdom and glory.”

The purpose of these Words of Encouragement is to help readers find personal encouragement in Paul’s letters to the Thessalonians and in the commentaries on each verse. This book is meant to stimulate us in our work of faith, our labor of love, and our steadfastness of hope in our Lord Jesus Christ. May we persevere in our Christian journey until the Lord’s return. He is coming soon!

RICHARD PIGEON, Ph.D. in Education, was the founder and co-editor for many years of L’Étoile du Matin (The Morning Star), a quarterly Christian publication in French. Richard spent his professional career in the fields of teaching and adult learning and development. Additionally, he invested much of his free time over the last four decades leading young adult meetings and home Bible studies, as well as teaching the Word of God in his local church.

His Dictionnaire du Nouveau Testament was published in France by Éditions Bibles et Publications Chrétiennes in 2008. He is also the author of the AMG’s Comprehensive Dictionary of New Testament Words (2014), the Pequeno Diccionario de las Palabras del Nuevo Testamento (2015, also with AMG Publishers), and the AMG’s Comprehensive Dictionary of Old Testament Words (2016). Earlier versions of these Words of Encouragement were published in French and in Italian.

He expressess his gratitude to Gretchen S. Lebrun who has collaborated in the revision of these Words of Encouragement as well as in the Comprehensive Dictionaries of New Testament and Old Testament Words. Gretchen’s judicious advice has always been well received and contributed to adding value to the present book and other works in the past.