The Gospel for the Wayfaring

A Theology All Can Relate To 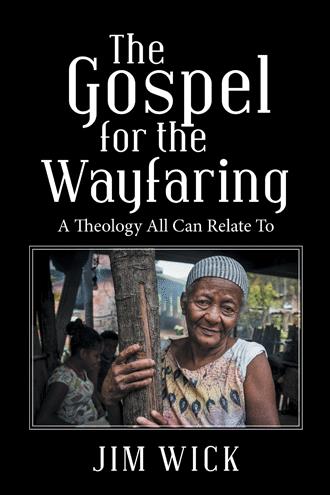 God is known as the covenant making God, and rightly so because He established a covenant with certain people throughout history, and the current time is no different. We see the first covenant with Adam at creation and then, of course, the covenant He made with Noah. From there He made a covenant with Abraham and his "seed", and renewed it with his son Isaac, and finally with Isaac's son Jacob. He renewed and expanded the covenant with Abraham to David, the man after God’s own heart, and his "seed", which Scripture makes clear was Jesus the Christ of God, who actually fulfilled the covenant made with Abraham. I want to explore each of these covenants that God made and show that we as born-again Christians are recipients of these covenants when we "abide" in Christ.
Briefly stated, all the covenants of God are related and tied together by God's Word which is based on truth and faithfulness. God is faithful and will never lie to His people or renege on any of His promises; we can count on Him to keep all of the provisions of His covenant for all time. First, is His covenant with Adam, which had both temporal and eternal qualities to it. It was temporal in that much of the promise was conditional in that it was based on Adam keeping God's requirements and not eating of the fruit of the Tree of Good and Evil. It was eternal in that God is a faithful and just God whose actions toward His creation are based on love as well as justice. So, when they sinned, God's justice demanded that they die spiritually, but His love demanded that He provide a way to redeem them.
It is important that Christians study and understand the covenants so we can understand our God better, but to also be able to better understand the end of humanity in light of the beginning. God is the same yesterday, today and forever (Hebrews 13:8), therefore we can more clearly understand how He relates to His people and how we can expect Him to react to us in various conditions in the future. One other important purpose in studying and understanding the covenants of God is because they are a progressive expression of the image of God, which is the major characteristic of the Spirit of God which we are given when we believe in His work and provision for us. In more familiar language, when we are born-again of the Spirit of God. And yet another important point to understand about God's covenants is that they have all been mediated through humanity. That is, He has always used a specific person who He deemed faithful through whom to mediate the covenant. For example, when He made the covenant with Adam, the covenant did not just apply to him and his wife, but to all of humanity. When Adam ate the fruit and died, all of those who would come from him died also. From the point of sinning when Adam's spirit died, everyone born to him and their descendants were born without a spirit and were only body and soul. And ever since that time mankind has had an "empty spot" in themselves and have sought various ways to fill that void. Nevertheless, God did not abandon His creation, but immediately begin to encourage His people to seek after Him. He accomplished that by way of justice administered as judgment on sin, and covenant promises, whereby He promised to restore a people unto Himself and to save them in the end.
His goal in initiating covenants through humanity and with humanity was the progressive glorification of humanity by God's grace, the result being the maturing of all creation through the final recipient of His covenant promise, His very own, only begotten Son, Jesus Christ. Listen carefully to Paul's explanation of God's plan and purpose through the covenants He made with His creation. 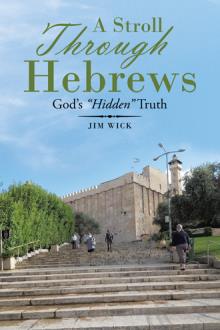 A Stroll Through Hebrews
Jim Wick
$13.95

Do you want to relate to the Bible in a practical way?

Jim Wick, who spent many years pastoring a small church, teaching at Bible College, and serving in the mission field, brings the Bible’s basic teachings to life in this book that will motivate you to learn more about God.

As you read, you’ll consider questions such as:

• How can we know the hidden truths of the Bible?
• How much faith should we put in the interpretations of Bible scholars?
• What were the consequences of Adam and Eve taking a bite of forbidden fruit?
• How can we regain dominion over God’s creation once again?

Just like a jigsaw puzzle, the Scriptures come to us in a thousand pieces, and God has given us the chore of putting them together so that we can see the whole picture. Far too often, scholars or preachers force a piece to fit where it does not belong, and the result is a distorted picture.

Get insights on human sexuality, what the Bible says, and what it means to truly be a Christian in the twenty-first century with The Gospel for the Wayfaring.

Jim Wick was raised in a fundamentalist church and attended church-run schools through his first year of high school in Montana. It was during this time that he developed a passion for God’s Word and a sense of calling into ministry. But he abandoned his faith, married, and was drafted into the U.S. Army. He eventually found his way back to church and started a church in Montana. After earning his Ph.D., he taught at a four-year Bible College for more than fifteen years. He went on to form a Bible School in the Philippines that continues to thrive. He lives with his wife and two teenage children in Oregon.