The Mission of a Motherless Child 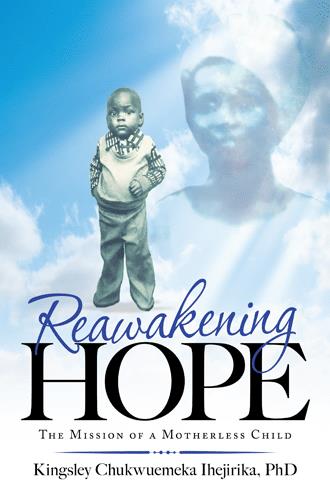 One year and one month after I was born, my mother died. Growing up in a world without a mother ranks among the worst imaginable experiences that anyone could think of. I felt like someone thrown into a battle arena without the necessary equipment to confront the challenges. I did not have one of the most skilled, most effective and yet least appreciated of life coaches to learn from: a mother. My father and my siblings tried as best as they could, but that only showed how futile it is to try to outcompete nature. If the word “irreplaceable” should ever apply to anyone or anything, that should be mothers. Unfortunately, one of the best ways to appreciate the value of one is by not having one.

It seemed like I had been able to manage okay. But as soon as I left home to go live in a boarding school, my vulnerabilities were blatantly exposed. I was lonely in a crowd. I grieved, I cried, I was moody, I was silent. As I battled with these difficult emotions everything began to fall apart. I skipped classes, played truant, and my grades took a heavy hit. Things were so bad that I, a boy who was once known as ‘the headmaster’s boy’ because of my excellent grades, could no longer sit through classes without feeling disinterested and bored. I no longer recognized myself. The military style and bully-permissive, atmosphere that prevailed at my Catholic high school (seminary), along with inadequate nutrition, certainly did not help matters. It only exacerbated a latent vulnerability, and became the nail driven through a coffin. I was thrown out of school. It felt, at first, like an unbearable calamity. In the end it wasn’t. If there is any doubt that the emotional injuries we bear have enduring ramifications and can change the trajectory of our lives, I am a living proof.

In a surprisingly ironic twist, this became my turning point. A change from my previously adverse high school experience to a much more relaxed type of environment at a different high school played a huge role and, sooner than later, the me that I could recognize came alive. But there was also something else. I challenged myself to think about what my life would look like if I imagined myself through my mother’s eyes. What if I became the child of her dreams? Who or what would I be? I imagined everything my mother would have desired for me. A woman who brought me to the church and slept behind the altar with me wrapped around her chest, the night before she died. That woman would give me the world if she had it, and would wish for nothing short of the absolute best for me. That question or imagining, and my response to it, was like a key that unlocked it all for me. Almost instantaneously, the cause of my downfall became the source of my rebound. I was able to hope again and to live again. I was able to imagine a future where I would publicly acknowledge, honor, and give credit to my mother through my little and great accomplishments. Everything changed thereafter. From the latter part of high school, through college and graduate school, my grades could not have been better. Each time, I never failed to remember that we did it together, Nda Geraldine and I. (yes, her name was Geraldine, an English name which means “ruler” or “warrior with a spear”). With her spear she has continued to fight along-side me every step of the way.

Thus Nda Geraldine’s death, once my stumbling block, became my stepping stone. She also was my inspiration in another way. Growing up in Obike, I observed women like Geraldine suffer humiliation at the hands of men in a culture that was, and still is in many respects, intolerably chauvinistic. I asked myself if I would allow Geraldine to suffer such dehumanization, and the answer was no. Thus, inspired by her, since each of those women and widows, reminded me of her, I decided that it was time to do something that would honor her. I started the Divine Mercy International Widows and Orphans Organization to care for women like her and orphans like me. It has been 17 years since I started this ministry in Nigeria and 10 years since it was incorporated in the United States as a 501c3 non-profit organization.

Today, this beautiful organization takes care of 85 sick and elderly widows and 75 orphans in three different orphanages in Nigeria. In January of 2022, we shall be opening a 100 bed capacity medical center in Obike, one of the most remote and poorest villages in the world. All inspired by Geraldine.

We can be strong, as Ernest Hemingway wrote, at our broken places. Geraldine’s absence in my life brought me to my lowest place, almost to a point of self-ruin. Memories of her gave me back reasons to live. And he who has a reason to live, they say, can survive almost anything. My experience teaches me that rock-bottom is not always a bad place to be, it can indeed, sometimes, serve as our greatest possible springboard

This is a memoir of my early childhood growing up in a remote and poor Nigerian village. My mother died when I was only 13 months old, leaving me exposed to a life without her nurturing and protective care. Moved from one foster home to another, I found love in some, indifference in others. My journey to adolescence was marked by loneliness and hardship. I experienced anger, shame, loneliness, misery, rebellion, sorrow and grief. This anguish was undeniably connected to the absence of my mother. I hated school, avoided people, and suffered in silence. It nearly tore me apart. Ironically, the very adversity which had been cause for paralyzing emptiness, became motivation for my rebound. I imagined myself through my mother’s eyes. What kind of son would she have loved for me to become? This introspective quest led to the person I am now. When I became a priest, I started a ministry to support women like her and orphans like me. Today, ten years after incorporation in the U.S. as a 501c3 non-profit, the Divine Mercy International Widows and Orphans Organization (DMIWOO) is opening a 150-bed capacity medical center in my remote village of Obike. Indeed, life is about the things that happen to us as much as it is about the use we make of them.

Every situation of adversity presents two possibilities, danger or opportunity. The choices we make, under those circumstances, can lead to infinite consequences which are capable of determining, sometimes unalterably, the trajectory of our lives. Thus, we are not always as helpless as we sometimes like to think. There is always a choice. Through experiences of personal adversity, precipitated by a motherless childhood, this author was able to make the choice to rise from the rubbles of extreme emotional distress to become a huge ray of light in the lives of many otherwise hopeless widows and orphans. The goal of this author is to be that voice which enables you to realize the enormous power that lies within your hands to shape your destiny. This incredible story of triumph through tragedy will enable you to see that although we cannot change where or how the story of our lives begin, we can always change the way it will end.

Kingsley Chukwuemeka Ihejirika is a Catholic priest, born in Nigeria and has been working in the Archdiocese of Hartford Connecticut since the past 10 years. He holds a few Master’s Degrees in Philosophy, Theology, Religious Education and Bioethics, from Imo State University, Nigeria and the Pontifical Regina Apostolorum University in Rome. He also holds a PhD from the Pontifical Urban University in Rome. Currently, Reverend Ihejirika is half way through a Master’s program in clinical Mental Health Counseling, at the Divine Mercy University in Virginia USA.