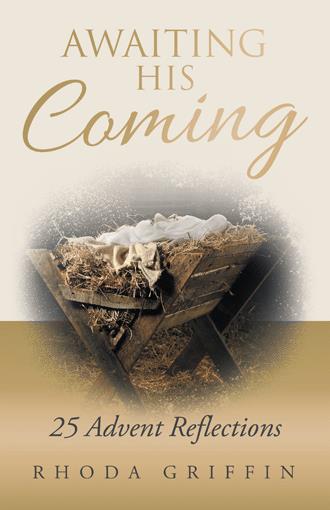 At that time there was a man in Jerusalem named Simeon. He was righteous and devout and was eagerly waiting for the Messiah to come and rescue Israel.

She [Anna] talked about the child to everyone who had been waiting expectantly for God to rescue Jerusalem.

The anticipation of an arrival!

Whether it be that close friend coming to visit, one’s precious child returning home, or a newborn gracing the family, so much longing is measured in a coming.

And if there were one underlying tone to what I am feeling these days, it could be summed up in this word: longing.

All the aching of humanity, all the sighs of a broken world, all its hurting people, and all the damage sin has done create within me so much yearning for the way it’s supposed to be, craving for the day it will be, and, at risk of sounding cliché, desire for some peace, love, and joy for our world. Surely, I am not alone in this longing.

The story of God’s ancient people, Israel, is also one of longing. They longed to see God’s promises come to pass: the promise of God’s salvation and a Savior; the promise of the Messiah, the Anointed One; the promise of a King, David’s offspring. And they anticipated this Promised One with great expectation.

My mind travels back to those faithful men and women who awaited the coming Messiah. How many times could they be found scanning the horizon for the Chosen One?

Generations came and went, yet the writer to the Hebrews tells us, “All these people died still believing what God had promised them. They did not receive what was promised, but they saw it all from a distance and welcomed it” (Hebrews 11:13 NLT). Though Jesus Christ did not come in their time, by faith, they saw His coming and joyfully embraced it. Jesus reflected on this joy when He said, “Your father Abraham rejoiced as he looked forward to my coming. He saw it and was glad” (John 8:56 NLT). Strange how longing can be filled with so much yearning on one hand yet so much joy on the other.

In Jesus’s day, there were still those longing to see God’s salvation. Maybe over the drawn-out centuries leading up to Christ, many had given up the wait. Not Simeon. Not Anna. Both eagerly awaited the Messiah.

When Simeon met the eight-day-old Jesus in the temple, he praised God, saying, “Lord … my eyes have seen your salvation that you have prepared in the presence of all peoples” (Luke 2:29–31 ESV). Similarly, Zechariah praised God “because he has visited and redeemed his people. He has sent us a mighty Savior from the royal line of his servant David, just as he promised through his holy prophets long ago” (Luke 1:68–70 NLT).

How blessed are we to live at a time when the promise of the Christ has been met? Jesus Himself once said, “I tell you the truth, many prophets and righteous people longed to see what you see, but they didn’t see it. And they longed to hear what you hear, but they didn’t hear it” (Matthew 13:17 NLT).

So where does this leave us? Living well beyond the time of Christ, satisfied with His salvation of our souls, and yet still yearning for the full redemption of all creation? That longing remains because we are those caught in the dash between His first and second coming. By faith, we have received many of the promises found in Him, and yet even we await still more promises to come in a future time when He will reign eternally as King. He won’t be what He is now—the rejected Messiah, received only by a few believing hearts. He will be the reigning Messiah—recognized for the Sovereign King that He is, ruling in righteousness and at last bringing to our poor, broken world, all the peace, love, and joy it longs for. That, my friend, is the longing you and I feel.

This is why we await His coming. His first coming holds us in awe of a God who would willingly step from the perfections of heaven into the squalor of a barn (a vague reflection of the greater world beyond) to fulfill His long-ago promises to His people. And His coming again calls to our hearts with hope for the promises He has yet to fulfill.

So, in the madness of the world in which we live, the haste and pace of the eleven months that are behind us, at last we move into a month at the close of the year, and just for a season, we collectively pour out all our longing and await His coming. We mark a pause in our lives to stop and reflect upon the arrival of the Savior of the world and imagine our future with our coming King!

That mourns in lowly exile here

Until the Son of God appear.

Shall come to thee, O Israel

In 25 daily reflections, Awaiting His Coming explores the longing, the cherished characters, the poignant places, and hope-filled events surrounding the arrival of Jesus Christ in His first advent, while also pointing hearts toward His much-anticipated second coming.

Rhoda Griffin, BEd, is a mom and teacher with a heart for encouraging women in their faith, and a vision to influence the next generation for Christ. She has applied her teaching gift in high school classrooms, Bible studies, Sunday school, at youth events and ladies retreats. Along with her husband, she spends much of her time investing in the lives of youths. Rhoda has also authored The Broken Road and various books of poetry. She lives in West Kelowna, BC, with her husband, Lucas, and their five children.