End Times Matrix (Including The Revelation) 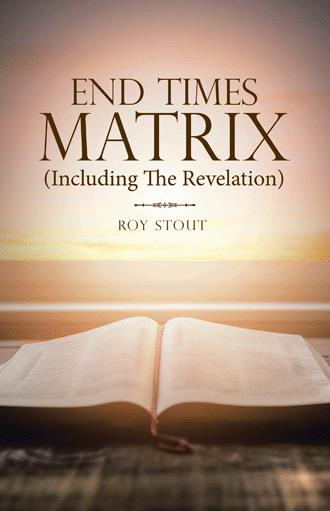 Before beginning our study, we need to cover some basics. In order to understand the end times and Revelation it is best to know the prophets, especially, Daniel. Daniel and Revelation must be studied together. A basis for Revelation is Daniel’s 70 weeks where each week consists of 7 years, not days. 7 X 70 = 490 years, Daniel and Ezekiel were cotemporaries. Both were captives in Babylon at the same time. Daniel served the government and the king. Ezekiel was the prophet to the captives.

Many have written about the end times and have documented their interpretation. No one knows for certain what will happen and when. For example, “when will Christ return?” Mk 13:32.

32But of that day and that hour knoweth no man, no, not the angels which are in heaven, neither the Son, but the Father

25Know therefore and understand, that from the going forth of the commandment to restore and to build Jerusalem unto the Messiah the Prince shall be seven weeks, and threescore and two weeks: the street shall be built again, and the wall, even in troublous times.

26And after threescore and two weeks shall Messiah be cut off, but not for himself: and the people of the prince that shall come shall destroy the city and the sanctuary; and the end thereof shall be with a flood, and unto the end of the war desolations are determined.

27And he shall confirm the covenant with many for one week: and in the midst of the week he shall cause the sacrifice and the oblation to cease, and for the overspreading of abominations he shall make it desolate, even until the consummation, and that determined shall be poured upon the desolate.

Verse 25 says it will take seven weeks (49 years) to rebuild Jerusalem after the return from captivity. This is item B on the End-Time Matrix shown below. Verse 26 takes us from Micah to the rapture of the believers (sixty two weeks or 434 years). We have gone through the inter-testament period, the resurrection of Jesus and rapture of the church. Our status is now sixty two weeks and 483 years done and one week and seven years to go.

Satan made a deal to honor the seven year period with Israel as a good little boy but, broke his promise half way through (three and one half years). He became violent during the last 3 1/2 years (Great Tribulation). God had no restrictions on satan during this time.

How to use the following matrix. The first entry is the Babylon Captivity and is designated as item A. Following the entire matrix are all of the chart’s items beginning with “A.” Go to item A and It will give you all the information about the captivity. Some of the items such as item C has a numeral “one1.” Numerals are appendices.

Although Roy Stout is well into his eighth decade in life, he has never received a complete education of the Book of Revelation. Although many bible study groups and even pastors seem to steer clear of this important book, Roy believes there is a wealth of knowledge to be unearthed within the scripture.

Through careful research, Roy shares interesting tidbits of wisdom and contemplates other possibilities for believers about end times that include:

• The Jews will inherit the earth that has no sea.

• Everybody’s name is written in the book of life.

• Christ will make His third visit to earth before and after the tribulation.

• Earth’s population will be cut in half to four billion, not including the war of Armageddon where millions will attack Israel or the Gog war where Gog the prince of Meshesh (the ancient name of Moscow) and Tubal attacks Israel.

In this fascinating study, the subject of end times is presented in a clear-cut manner that will help Christians fully understand the complex Book of Revelation.

Roy Stout enjoyed a diverse career that included roles as a scientist at the Kennedy Space Center when the USA first landed on the moon, as the QA Director for the King’s fleet in Saudi Arabia and for a DoD contractor. He is the author of The Old Testament Simplified as well as a novel, an engineering book, a six-volume family genealogy, and over two hundred articles on Christianity.