The Heartbeat of God 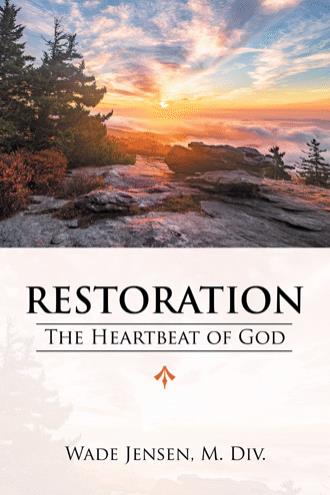 It Takes a Dreamer to Restore a Dreamer

While caring for the prisoners and the jail, Joseph noticed that two other prisoners possessed a dejected countenance. Considering this was prison more than three thousand years ago, their faces must have looked much worse than everyone else’s. As a good steward, Joseph’s attention was drawn to their faces. After hearing that both the cupbearer and the baker had dreams they could not interpret, Joseph asked them both to recount their dreams to him.

The cupbearer presented his dream to Joseph first. When Joseph heard the dream, he gave the interpretation. Joseph told the cupbearer that he would be restored to Pharaoh’s service in three days. Notice that Joseph interpreted a dream that dealt with restoration. Have you ever heard someone else’s dream and thought it might apply to you? After hearing a favorable interpretation about restoration, the baker shared his dream. Unfortunately, the baker’s dream did not have the same interpretation. Joseph stated that the chief baker would have his head removed and his body hanged—and that was exactly what happened. No doubt, the cupbearer kept his best behavior before Pharaoh. He did not want to lose his head. But the cupbearer was restored with a purpose. He was a sign to Joseph and a messenger to Pharaoh.

Being in the pit of despair could be a prison in itself. Joseph possibly hoped that this servant to Pharaoh would have shared about his abilities within a week or two. Have you ever felt like things were going to turn around on a certain time line, but they did not? The cupbearer forgot about Joseph’s dream interpretation until Pharaoh had two dreams that disturbed him greatly … two years later. Pharaoh recounted his dreams to the magicians, but they could not interpret them. After the cupbearer mentioned that Joseph could interpret dreams accurately, Pharaoh called him to his court so he could recount his dreams to him. Prior to hearing Pharaoh’s dreams, Joseph honored God, acknowledging that He was the one who could give a “favorable answer.” God had done such a work in Joseph’s heart he knew God was at work to demonstrate His glory.

Joseph told Pharaoh God was telling him what He was about to do. He also told Pharaoh that the “repeating of dreams twice meant that the matter was determined by God, and God will quickly bring it about.” Paul the apostle also acknowledged that every rhema—the transliteration of the Greek word for “a God-inspired message”—is established by the testimony of two or three witnesses. Remember, Joseph also received two different dreams in the same night. Do you think that Joseph is just speaking to Pharaoh? Joseph not only interpreted the dreams but gave Pharaoh a practical application and strategy to prepare for the fulfillment of these dreams. After hearing Joseph’s interpretation and application, Pharaoh made Joseph second in command of Egypt to implement the plan. It truly took a dreamer to restore a dreamer.

Even Apostles Can Miss Restoration

The apostle Paul was quite the man of God, but no person has ever been perfect, other than the one man and Messiah, Jesus. The theology is in the literature, not just the words. Paul and Barnabas were sent out on their first missionary journey, and they brought John (a.k.a. “John Mark” or “Mark”) with them. This man was remarkable because he was content with doing things behind the scenes as Paul and Barnabas proclaimed the kingdom of God. However, when the going became tough, John Mark got going and literally abandoned them to go back to Jerusalem.

Before anyone is quick to judge, the terrain and hardships in the modern nation of Turkey, where this took place, are enough to make any traveler abandon the trip and pursue the comforts of home, especially on foot. From the tropical, mosquito-infested coast, one quickly climbs up an elevation of over ten thousand feet—and that is not even hitting the peaks! Then if we throw in robbers, temperature fluctuations, and moisture in the form of humidity, rain, and snow, most would not continue on foot. We do not have other facts on which to base John Mark’s decision, but this is what he did: he abandoned his relative and ministry partners to their own devices.

Consider once again that Paul wrote, “If a man is caught in any trespass, you who are spiritual, restore such a one in a spirit of gentleness.” As an apostle, anyone would think that Paul would practice what he preached and follow his own teaching. It seems he was not that spiritual and even held a grudge.

Barnabas, whose name means “son of encouragement,” thought that he and Paul should give John Mark a second chance and restore him to this ministry as well as their fellowship. Paul would not even entertain such a concept. On the contrary, Paul became so vehemently opposed that he and Barnabas had to part ways! Consider this: Barnabas built Paul up and mentored him to become an apostle. Barnabas was the very one to search out Saul (who became known as Paul), stand up for him, encourage him in his own faith, and get him plugged back into the body of Christ in Antioch. Yet Paul was so opposed to John Mark being restored that they parted ways—and there is not a reference of Barnabas and Paul seeing each other again.

Now as we jump back to our present age, should we be surprised when a person, a church, or a movement does not want to facilitate the restoration of a Christian brother or sister? This is the ultimate paradox. The people who should not oppose this person’s restoration are the very ones who do. Instead of assisting in the restoration, they actually hinder it.

We do not necessarily flourish where we were planted. Therefore, we must go to the right place and to people who are willing to pursue restoration with us as well as within us.

If you are wondering if this is possible, some personal, Biblical, and historical examples showcase how this can not only be achieved but reproduced. Chaplain Wade Jensen shows how these examples can serve as a blueprint so you, too, can achieve restoration.

God is a master builder and rebuilder. No matter how broken the pieces are, God can heal wounds and restore you so you are better than before.

In fact, God’s purpose for restoration extends to every person, both to the offender and the offended. When we pay attention to God’s Word, the ensuing restoration can transform everything—from a mindset to a community.

Restoration can be time-consuming and even painful, but it will bring you closer to the Lord, your dreams, and a meaningful life. It takes a dreamer to restore a dreamer.

Wade Jensen was born in Wyoming and served in the Army from 1987 to 1991. While attending University of Wyoming, he experienced an encounter with Christ serving as president of a fraternity in 1993. He met his wife, Heather, at the Toronto Airport Church in 1999, and they have three children. He earned his Master of Divinity in 2005 and has served as a chaplain in the medical community and Air Force Reserves and is currently a chaplain in the Air National Guard. He is also the author of The Pathological Grieving of America: Overcoming Grief on a Personal, Corporate, and National Scale.