Entries from the Gospel of Luke 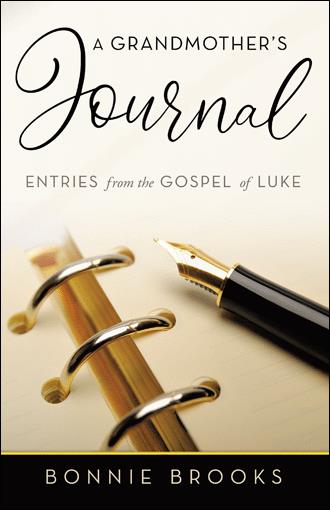 Entry: The Bible records the names of women who faithfully followed Jesus and financially supported His ministry. Unlike most of the disciples, these women did not abandon Jesus. At the risk of their lives, they were present at the crucifixion. Among them was Mary, Jesus mother, Mary’s sister, Salome, and Mary Magdalene.

Throughout history, God has raised up influential women to inspire the culture. Have you heard of Clothilda, Queen of Burgundy, a barbarian woman who spread Christianity after the Roman Empire fell? What about Katherine von Bora, a runaway nun, who believed the monastic way of life was not the only way to experience intimacy with God? Don’t forget Harriet Tubman, a slave who stood five feet tall, but with strength and fortitude brought a thousand men and women out of slavery at the risk of her own life.

The significance of godly women in the culture today cannot be over stated. I could list the names of well-known Christian women who are here for such a time as this. But may we never forget the women who are hidden away, faithfully serving God and their families without recognition or applause. For them, it is enough that God knows their names.

“An ordinary woman who makes herself available to an

extraordinary God can do amazing things for God.”

Final Stroke of the Pen: “Strength and dignity are her clothing, and she smiles at the future.”

Through an accumulation of circumstances, God led the author, Bonnie Brooks, to trek through the Gospel of Luke, breaking up fallow ground, shovel in hand, relishing the views, amazing vistas, and journaling phrases.

Born out of an encounter with the Almighty, A Grandmother’s Journal is written for the purpose of passing on a spiritual legacy to the next generation. The Journal chronicles a daily spiritual expedition into the earthly life of Jesus as viewed through the eyes of the beloved physician, Luke. Together with Brooks, stroll the dusty roads of Israel, feel the breeze and splashes of water as you sail on the Sea of Galilee in a first-century boat while encountering a storm, celebrate miracles Jesus performed no one imagined possible, and kneel at the cross on Golgotha as the sky darkens and the ground quakes. Come alone or better yet, invite others to share the journey with you.

A Grandmother’s Journal explores the deeper layers of Luke’s Gospel, the longest Gospel of the Bible and the most comprehensive of the three other Gospels. As Brooks portrays various scenes in her entries, you are urged to recall people, events, and spiritual markers from your own story, your legacy, in order to pass them onto the next generation. From her heart to yours!

Bonnie Brooks recalls the days of twelve-inch black and white television screens, but favors life in “living color,” including pink bubblegum ice cream, peach-colored tulips, and maroon and gold college football. Over her lifetime, she has nurtured an unwavering passion for the Word of God. She has discipled women one-on-one for more than twenty years with the Bible as their textbook. She resides in picturesque Arizona with her husband of more than fifty years. Her other loves include two children, their spouses, and six grandchildren.