Reflections of a pastor abundantly blessed in life and ministry 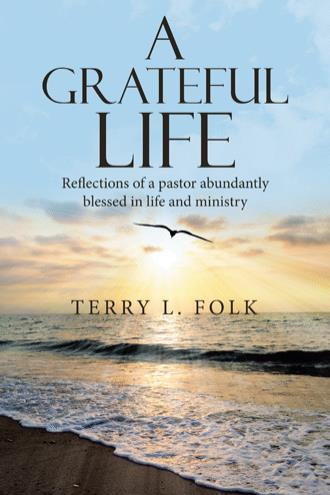 It is my desire in the pages of this memoir to express my deep and sincere gratitude to so many people who have reached out to me with caring, encouragement, and kindness in the various chapters of my life. Many of these individuals are highlighted in this book; they are indelibly engrained in my memory.

Above all, I reserve the most resounding shouts of praise and thanksgiving to the loving and almighty God, my Creator and Sustainer, who has stayed by my side each moment of my life, whether I have realized it or not, not allowing me to drift too far from Him, always lifting me up when I have fallen or become discouraged, charting a wonderful course for me to follow, and giving my life meaning and purpose … and my Savior Jesus Christ, who has forgiven my sins and given me the promise of abundant life in this world and eternal life in the next.

The Rev. Terry L. Folk served in pastoral ministry in the Moravian Church for 41 years. A graduate of Albright College in his hometown of Reading, Pennsylvania, Terry earned his Masters of Divinity degree from Moravian Theological Seminary in Bethlehem, Pennsylvania. Ordained in 1978, Terry served congregations in New Philadelphia, Ohio; Thurmont, Maryland: Edmonton, Alberta, Canada; and York and Nazareth, Pennsylvania.

In his retirement, Terry seized the opportunity to return to his home congregation in Reading as a part-time pastor, leading worship, providing pastoral care, and assisting in the food ministries of the church to impoverished folks in the neighborhood and congregation in which he was raised. Now retired, Terry continues to volunteer in this vital ministry.

Terry is married to the former Julia Cranford, who has had an essential ministry of her own as a social worker for 41 years. They have three children and one grandson.