The Secular Case For Religion 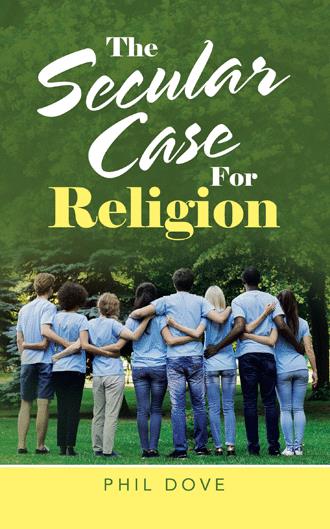 It is probably stating the obvious to say that the main purpose of religious organizations, very generally speaking, is to promote their religious beliefs in some form or another, either in overtly religious contexts such as church services and education, or in ministering in ways that they think evidence their beliefs about helping others. We can admit that, and most people can even be fine with that. A religion is about the eternal, things not only of this world but of things to come. If you really believe that you know the way to Heaven and eternal life or peace, then it would be the height of an uncaring and self-centered attitude not to share that with others. So, at least in that way it is true-though a cynical way to say it-that the primary purpose of religion is to promote religion. Another way to say it is that people with strong religious beliefs desire to share their good fortune with others, both the eternal and the temporal. To people of deep principle, the eternal and the temporal are not two separate things but two sides of the same coin and they try to live their lives to reflect that.
Yet, upon examination, we find that religion does much more than just seek to promote its view of the eternal, the way to Heaven or, if you are more cynical, the way to perpetuate itself. Evidence, both data-driven and anecdotal, shows that there are tangible benefits for society. Even aside from a belief that there is more to life than what we find in a sometimes unfair and ugly world, we can see that people of faith, and faith-based organizations, are an asset to a community and to society, as a whole.
Even if you are not religious or don’t have a belief in God (or ‘a god’), then I think we will find that you still benefit from religion and that there is still good that comes from religion...That includes giving to religious-based charities, because religious-based charities are not solely devoted to religious study but serve the communities around them in a tremendously broad range of ways. Every religion talks about how we relate to our fellow man and to the world around us. In Christianity this is found in the parable of the Good Samaritan and Jesus’ teaching to love your neighbor, for example. It is this fundamental premise that is the point of this writing. Money given to religious charities flows through to the rest of society and the community in ways that are not strictly religious, and in ways that fill gaps and needs that otherwise would go unmet. Even for those that may not be religious, the examples that are shared in the following pages will illustrate that there is a tangible value of religion in society. Even for a person, or a society, that does not subscribe to a religious belief or does so in nothing other than general terms, there is good that comes from religion in America. There is a secular case

In his book “The Reason for God: Belief in An Age of Skepticism”, Timothy Keller discusses questions from skeptics, atheists and agnostics on some fundamental and straightforward issues about religious belief in modern society. In a related, condensed fashion, “A Secular Case for Religion” discusses basic questions about the value of religion in society, especially to individuals or a broader society that are not necessarily religious.

Born out of discussions on the appropriate role of charities, and even if churches should be considered charities, “A Secular Case for Religion” examines those foundational questions in a conversational and relatable way.

Challenging skeptics to think in different ways and implicitly challenging people of faith to examine if their lives reflect their professed beliefs. “A Secular Case for Religion” addresses age old questions concerning the relation of government and religion that still resonate today.

Phil Dove grew up in a small Midwestern town in a deeply religious family. A former naval officer, he has undergraduate and graduate degrees in political science, economics and European history.

With a curious mind, Phil enjoys meeting people with unique perspectives that provoke discussion and thought even when, or maybe especially when, ideas are noticeably different than his own. He appreciates being forced to reflect and examine his own thinking. His upbringing, education and interactions with people of different viewpoints have challenged him to re-examine his ideas and beliefs.

It is the intersection of each of these that has developed his interest in the role of government and private charity and how each play a part in the day to day lives of the diverse range of people that live within our communities and the world around us.