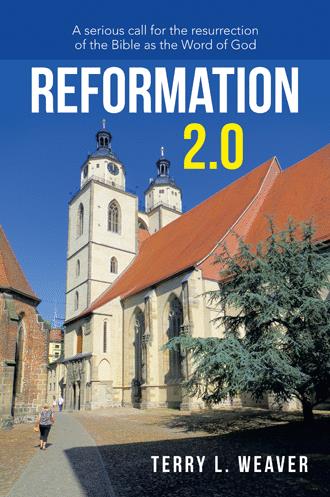 Since the 1st century following the life of Jesus Christ, the Christian church has been guided by the Holy Bible which in the past had been accepted as the Word of God. However, over the first millennium of the church, pride, politics, and power resulted in practices creeping into the church that were inconsistent with God’s instructions and Jesus’ teachings in the Bible. In 1517, Martin Luther, a priest in the church, tried to promote a reformation of the church from within by pointing out practices that were contrary to Biblical principles. Luther’s intention was to bring about reform by calling attention to specific practices needing correction. Toward that end he published 95 Theses or topics for discussion. It was his hope that after careful consideration of these 95 theses, the needed reformation in the church would be forthcoming. Unfortunately, his corrections were not received well by those in power in the church. It is an oft repeated pattern through the ages that those in power do not usually receive correction very well. Rather than making the corrections needed to bring the church back into alignment with God’s instructions in the Bible, the church leaders threw Luther and his followers out of the church. Luther had no choice but to continue his protestations outside of the Roman Catholic Church resulting in the “protestant” branch of the Christian church. This was the first Reformation.

Now, 500 years since the Reformation, due to pride, power, and politics, the church has again drifted from its Biblical foundational truths and, once again, is in trouble. The problems today stem from a deconstruction of the Bible resulting in a church that is foundationless, faithless, weak, and a mere shadow of what it once was and what God intended it to be. Of course, the Foundation of the church is Jesus Christ, and God’s plan for his people through Jesus Christ has been given to us through his written word via the Bible. Due to a deconstruction of the Bible, the church has lost its firm foundations, and without a foundation, a structure, regardless of how ancient, massive, and once magnificent, is sure to collapse. Therefore, the church finds itself today once again in need of reformation.

Deconstruction of the Bible was a consequence of the Enlightenment of the 17th and 18th centuries. This so-called Enlightenment was largely based upon science as the hot, new way to find truth as opposed to God revealing his Truth through His written Word, the Bible. Of course, this was a false dilemma, because truth is truth if it is truly true regardless of the method by which one finds it. One of the major problems of Bible criticism discussed in this book is that in the 17th-19th centuries, when the crucial foundational building blocks of Bible exegesis and understanding were being laid, most of our scientific understanding about life and the universe was either very elementary or incorrect. Then due to the unique way theological truths were established in the universities, these foundational theological truths, which were based upon incorrect understanding or non-existent scientific and historical information, became locked into our understanding of the Bible. Critical examination of the Bible should be a good thing, since it should help us to understand the message God has given us through the written word. However, in practice this can only happen if it is kept in mind that the Bible actually is God’s message to mankind. Once this basic underlying truth, i.e., the Bible is God’s message for mankind, was forgotten, we threw the Bible baby out with the dirty bath water. During the last several centuries, this illogical pitting of science against God has resulted in a shredding of our view of the Bible as God’s Word.

Thus, once again, the church needs a paradigm shift in thinking- a Reformation 2.0. In this book I will trace the history of how we got here as a way of understanding where we need to go. It is the theme of this book that science and the Bible are not really at odds with each other, but rather both are ways to find true truth. It follows logically that if a truth is truly true, it should be revealed the same regardless of the method by which one finds it. It is my hope that this book will result in a re-examination of the way we view the Bible, and that through this process, the Bible will be resurrected back to its proper place as the Word of God. This book is not directed against a particular denomination or group; rather, it is written to all who call themselves Christian- to the church in general. Once we return to viewing the Bible as the Word of God, we can then return to a proper understanding of Jesus Christ, what he did, and what he said. Then, once again, the church will return to its strong written foundation from which Truth can be gleaned.

This is not to suggest that we should ignore scientific, archaeological, or historical information, but rather that all these ways of finding truth properly should be incorporated into one’s worldview. However, we will find in this exploration that as one is constructing a synthesis of truths, it should be done with the presupposition that truly the Bible contains God’s revelation for mankind. This is not a blind leap of faith presupposition, but rather it is the result of a much deeper and more thorough understanding of science, history, and archaeology than was available during those critical years of Biblical deconstruction. Once we are again properly understanding and following the Word of Truth, the church will be back on the right path toward becoming all that God wants it to be, and through her, others will once again be drawn to the light and love of Jesus Christ. If we get the Bible right, we will get Jesus right; if we get Jesus right, it will be all right.

After the Enlightenment, German theologians in an over-zealous attempt to apply the then new Scientific Method to the study of the Bible, threw the “Bible Baby” out with the dirty bathwater. Science and evolution were the Zeitgeist, and theologians around the world overly bought into the naturalistic thinking of the time. Looking back, we now can see that almost all the science of the 18th and 19th centuries was very incomplete compared to what we know today. While science corrects itself with time, German theology has a unique and very unscientific way of progressing by building only upon previously accepted ideas even if those previous ideas were wrong. Thus, the unintended consequence of Biblical criticism over the past 200 years has been the trashing of the Bible as the Word of God. This book traces the history of the problem and proposes a Reformation of the way we view the Bible through Science and History thereby resurrecting the Bible once again to its proper position as the Word of God. If we get the Bible right, we will get Jesus right; if we get Jesus right, it will be all right.