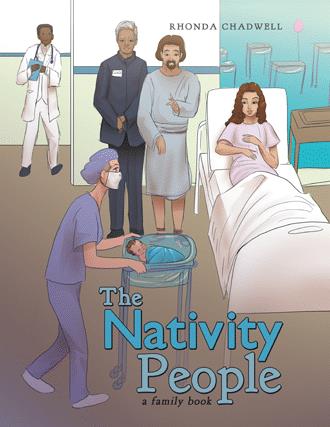 The Nativity People family lived in Israel, and after Jesus was born, they were visited by people from other countries around Israel. This means that some of them were foreigners. They didn’t all look alike. In fact, they were drastically different from each other. They had different colored skin, because God made them that way, distinctively notable for their family roots. They had different jobs. They were either male or female, distinctly. Some were rich, and some were poor. Some were young, and some were old. Some traveled by camel or donkey, and others traveled by foot to see the newly born King of the Jews. They were all there in the early beginnings of the human life of the Christ Child. Every single one of them had a specific role to play—a purpose.

God had an agenda for The Nativity People who collectively set the stage as a shining example of both His design and desires for the family unit to be a component of a larger, more complex whole. God positioned The Nativity People to be present, active, and successful in providing everything Jesus needed, during his lifetime on earth, to be safe and protected, healthy, educated, and prosperous. The church incognito. It took all of them, individually and collectively, to supply everything for the mission of Jesus while He was here on earth in order to fulfill his divine purpose.

ABorn and raised in a rural farming community located in Northeast Missouri, Rhonda relocated in the late 1990’s to Pensacola, FL, where she and her native husband reside. Together, they enjoy nature walks, weekend beach retreats, and precious compacted visits with their eight grands who all live too far away. As a follower of Jesus Christ, she is passionate about health and spiritual wellness and affirms a diverse academic background with doctoral studies in Ministry, Master of Health Science, undergraduate degrees in Psychology and Biology, and a professional career in allopathic medicine as a certified Physician Associate and Whole Health Practitioner.