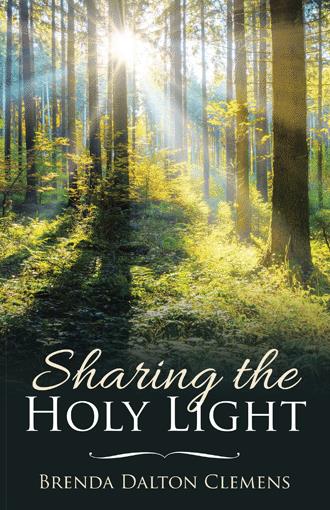 Paulus stood watching the whitecaps on the turquoise waters of the Mare Nostrum in Ostia. He closed his eyes for a few moments, listening as the waves beat their rhythms onto the seashore. The sounds of the surf and the smells of the sea had a soothing effect on his troubled mind. A part of him still felt a kind of peace and a release from fear due to his sudden flash of belief in this Jew named Jesus Christ, but he was a practical man, not inclined to mystical experiences. The reality of the consequences of his newfound declaration of belief had come to rest heavily on his mind. His life was certainly going to change. How he handled this change was going to set a course, not only for his life, but for that of Philippa (his beloved and trusted servant), his son Antonius, and all the others who depended on him for their future.

Sharing the Holy Light tells the story of Paulus, a former guard of the Apostle Paul, and of Paulus' sister Livia. As a new "Christ follower", Paulus struggles to find answers about his new faith and the God he now claims to serve. His search for answers takes him to Ephesus, where he meets the Apostle John. In this encounter, he learns many of the stories of Jesus and His life on earth. Livia and her husband Tatius have settled in Arelate (Arles), in Southern Gaul, and have begun a successful Christian ministry to the people of that region.

Sharing the Holy Light is set during the time just before the death of Emperor Nero and in the tumultuous years that follow. It is a time of unrest and violence, and, as "Christ followers", the book's characters are caught in the web of uncertainty that engulfs the entire Roman Empire.

Brenda Dalton Clemens wrote her first book The Light Will Come during and after the terminal illness of her first husband Robert Clemens. Her faith has been the source of healing, joy, and peace throughout her life. In Sharing the Holy Light, she has tried to show the blessings of these same God-given gifts for Christians of the First Century. Brenda Clemens (B.A. from Maryville College, and M.S. from the University of Tennessee) is retired after 38 years of teaching French. She currently lives with her second husband Lowell Sneed in Maryville, Tennessee.