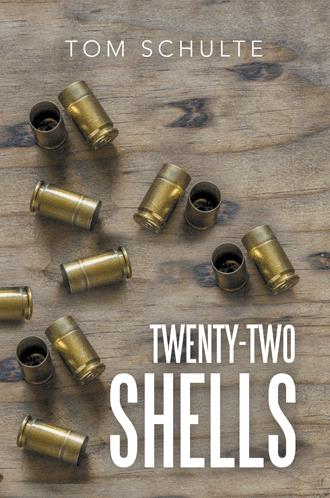 “Mr. Sludge, tomorrow is Sunday,” Braskey pointed out. “I want to go to church. You want to go with me?”
“No. I don’t like meddling, moralizing, and judgmental people.”
“No, no, no. Let’s go to victim two’s church. We won’t blend in, but we might learn something. He was the most faithful of all of them. We have already talked with his preacher and his other contacts, but this will help us understand why he went. Besides, beauty rest can’t help your ugly mug.”
Images of a childhood pastor telling us we’d go to hell for chewing gum filled my mind. Why did he pick that vice? Especially since, as I found out as an adult, that he’d had numerous affairs with church staff. “Look, Braskey. We see enough evil in this job that we need a little time away from it to keep our sanity.”
“Yes, but what can you lose? You don’t have to put anything in their collection plates.”
“I give up. Pick me up in the morning.”
Morning came, and I dressed in my best clothes, which at this point meant my cleanest. Braskey rang the doorbell, neatly dressed in pressed slacks and a dress shirt. “Kid, don’t you ever sleep? When do you have time to do laundry?”
He chuckled, “I sent it out.”
“I didn’t think your mother lives near here. What do you do? Mail it?”
Braskey smiled. “You ready?”
He wasn’t kidding about his high-end sports car. This bucket rides worse than that horse cart I used in my escape from the ridge. We drove to the church, arriving ten minutes before what they called Sunday school started. It was a moderately sized brick building with a concrete parking lot all around it. A separate two-story brick building to the left appeared to be classrooms. We entered the church proper, only to be met by four greeters who shook our hands as we entered; one directed us to a counter with coffee and pastries.
Their coffee is almost as good as the station’s coffee. I might learn to like these people, or at least stop in for coffee.
More meaningless chatter about sports, politics, and brother somebody who has cancer filled the void until they directed both of us to a men’s study. It was a cramped room with a plain table and chairs. A rather portly, ancient teacher squinted through scratched glasses at his paperback book. His badly worn clothes might have fit years ago. Everything about him screamed “going to seed in retirement.”
Soon the chairs filled with men more my age. Braskey looked very comfortable, although he was not familiar with these settings. Introductions took less than ten minutes. Bill, an older man at the end of the table, looked exactly like a suspect from almost twenty years ago. Slim was my partner at that time, and we responded to a liquor store holdup. The suspect immediately saw us and opened fire, forcing us to duck behind a display. His bullets shattered bottles of whiskey, but fortunately, both of us remained unharmed, albeit soaked in premium whiskey.
“Cover me. I am going to try to disarm him,” I remember telling Slim, who began firing above the suspect as I ran toward him. I didn’t get there in time. Once he understood our tactic, he committed suicide. I painfully remembered the endless paperwork, meetings, and hearings. Fortunately, I had never fired my weapon, and Slim was quickly exonerated.
I paused to clear the unpleasant memory when it was my turn. “My name is Marvin Sludge, and I work for the police force.”
The leader commented, “We are glad you are here, Marvin. I talked to you about Mike Oswaddle’s death—a terrible loss.”
“Yes, sir. It is.” I wanted out of that room so badly my feet hurt.
Braskey introduced himself as the team rookie. I smiled as I realized everyone in the room was old enough to be his father, and some could be his grandfather.
Our corpulent teacher found his place and began droning on about one of the New Testament books. They were starting a new quarter and were studying one of the apostles.
“Now John wrote the Gospel of John as well as three letters: First, Second, and Third John. He likely wrote other books that we no longer have. This quarter we will look not only at what John says about himself but what others say about him. Scholars often call John the miserable apostle. Their reasoning is how much he was in awe of Jesus loving him.”
I mentally faded out. Miserable—that is a good word. I relate to miserable. Happiness is a fleeting wisp of morning vapor soon evaporated by the harsh sunlight of reality. Pathetic is close to miserable. Even dogs are happy, living in the moment as they do. Why they love owners who mistreat them is a great mystery. There are so many mysteries in the world; most mysteries will never be solved. I used to solve puzzles, especially jigsaw puzzles. Then I grew up and wanted to be a man. Men join the military, and my transient happiness came when the Special Forces accepted me. I haven’t been happy since. I didn’t grow up; instead, I died. They just haven’t buried me yet. When they do, will anyone come to my funeral? They packed the senator’s son’s funeral. What a joke! They weren’t there for the kid or even the kid’s father but for the publicity and semblance of power that comes from rubbing shoulders, no matter how remotely, with important people. Pathetic.
A bell interrupted my destructive thoughts. The leader closed his book and said the perfunctory prayer.
Someone grabbed my arm and shook my hand. “Thank you for coming.” 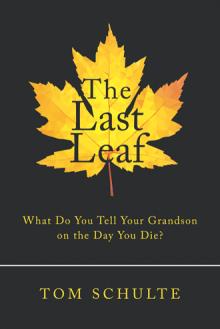 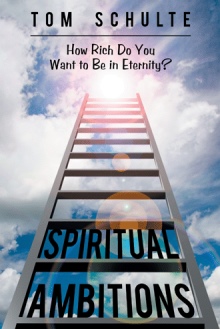 Detective Marvin Sludge, a former Special Services operative, lives a simple life. But he’s the best detective in his department, the one always assigned to impossible cases and interrogations. With virtually no family left alive, he feels religion is for the weak and the soon-to-be-purged by natural selection—the ones who can’t take the rigors of life.

Sludge, who suffers from PTSD, catches a curious case. A young man, a senator’s son, has been shot, and experts find twenty-two shell casings at the scene. That evidence points toward the makings of a serial killer intent on murdering one person a week for the next twenty-one weeks. As the bodies continue to pile up, Sludge and his partner search for a pattern and the killer.

Soon the case requires him to attend a victim’s church, starting him on his path to faith. Along the way, he addresses greater issues such as the meaning of life and who is really in charge of events.

Tom Schulte committed his life to serving Jesus on June 24, 1975, the day he experienced Jesus becoming fully real to him. A retired engineer, he participates in the life of his local church and speaks regularly in other churches and in the local jail and state prison. Schulte currently lives in Orange, Texas. This is his third book.