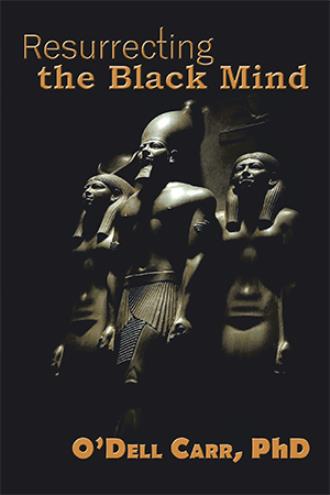 Books usually outlive their writers. They possess a power to mentally, intellectually, and emotionally provide readers with the experience of—in some sense actually being there—a new kind of reality, to a time and space that the reader does not physically occupy. By pushing the present mind into the distant past, the reader can connect present and future entities.

After many years of research, I became aware of hidden truths provided by iconic writers of world history. As a Black male living in a world dominated by a system of racism, racial imbalance, and oppression, I embark on this mission with the ultimate authority of the highest power to provide pertinent information and realities for today’s society.

The same power that makes the wind to blow, the sun to shine, and the rain to fall moves me to use my time, thoughts, efforts, and energies to become part of the wave of contemporary revolutionaries who never had the opportunity to voice their opinions in public forums. People who studied, struggled, researched, and sacrificed to make us aware of the impact our forefathers had in shaping the world. The very people from whence we descend gave the world the makeup of its civilization, its science, mathematics, engineering, social systems, economics and industrialization concepts, and the basis for belief in the oneness of the Creator—God.

This work may not gain the attention of the masses, yet I am compelled to act as a voice crying in the wilderness of the consciousness of those who chance to read these pages. As I was so unaware of the realities of the world in which I have been living for over six decades, I feel certain there are millions of others who are just as unaware as I was before my discoveries expressed in this volume. My best intellectual efforts have been set forth in this book. My purpose is to reach the minds of those who mortality will undoubtedly not allow me to know face-to-face. Yet I see in my mind’s eye the historians, writers, public and private figures, persons known and unknown who have offered insight about the history of the Blacks and their contributions to the world.

History cannot be separated from the people whose actions give it substance. The truth that cannot be denied is that Black/African people in America and its holdings have been for many centuries miseducated about themselves. Regardless of the way history unfolds, for these people, no matter where they may sit on the face of this planet, their spiritual and cultural heartbeats are from Africa.

History cannot be separated from the people whose actions give it substance. Unfortunately, Black/African people living in the United States have been miseducated about themselves for centuries. Regardless of the way history unfolds, one truth remains: the spiritual and cultural heartbeats of Blacks originated in Africa.

In a wide-ranging treatise, O’Dell Carr, PhD, shares enlightening discoveries about the history of Blacks and their contributions to world civilization. His observations, glimpses into his personal journey, and well-researched facts lead others down a fascinating path that highlights the events that simultaneously transpired in three worlds, determines how it fits together, and brings balance to the facts about the contributions of all people, ultimately helping us create a new consciousness not just about ourselves, but also others who share the world with us.

Resurrecting the Black Mind is a comprehensive study focused on bringing to light the contributions of Blacks to world civilization, most of which has been previously left off the record.

O’Dell Carr, PhD, earned an undergraduate degree in education from Philander Smith College in Little Rock, Arkansas, and a master’s degree and PhD in theology from the Texarkana Baptist Seminary in Texarkana, Texas. He has been active in ministry for thirty-three years, and is currently in his nineteenth year as pastor of New St. Mary Baptist Church in Camden, Arkansas. Resurrecting the Black Mind is his first published book.