Empowering the Fierce and Feminine Inside Every Woman 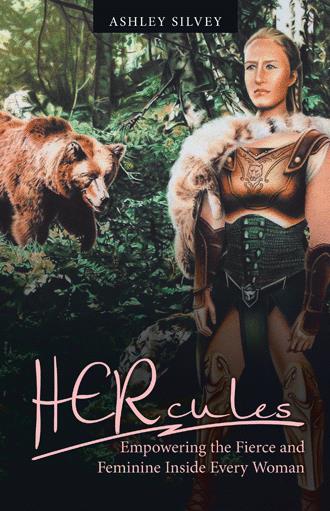 Hercules, a name long associated with mythology’s strongest man, is now redefined to represent the fullness of strength and beauty God graces women with the capacity to contain. HERcules: Empowering the Fierce and Feminine Inside Every Woman dives into the magnificent truth that women do not have to compromise their femininity to be fierce. Comparable to the mountain lion who is capable of great power and gentle purrs, women are divinely equipped to possess both grace and grit.

Understanding that strength is not limited to the physical, Author Ashley Silvey walks alongside of you across the spiritual battlefields of life. From discussions of warrior specializations and strengths to stories of hard-won victories and heart-breaking defeats, HERcules equips and empowers all women of God to embrace their full identity as Women Warriors. You can be her and HERcules!

Ashley Silvey earned her Master’s in Creative Writing from Nottingham Trent University (NTU) and her Bachelor’s in Interdisciplinary Studies, with a major in Linguistics and a minor in Education, from North Greenville University (NGU). She received a First Class Honor’s Degree at NTU and graduated as an Honor’s Scholar and Summa Cum Laude from NGU. From her love of the Lord of the Rings trilogy to her decades-long admiration for the winged vigilante, Batman, Ashley has always felt a pull toward characters who displayed both physical strength and strength of character. Now residing in the Upstate of South Carolina, Ashley continues to write and podcast regularly, raising awareness of issues close to her heart like sex trafficking and empowering women to embrace their full identity as fierce and feminine Women Warriors.